8 things we learned from Raindance's 2013 Web TV Fest | Where to watch online in UK | How to stream legally | When it is available on digital | VODzilla.co

Raindance’s Web TV Festival took place this weekend. The first festival dedicated to web TV series in Britain was packed with screenings of shows from around the world and a string of panels about the relatively young industry, which is becoming an increasingly prominent part of the media landscape thanks to the popularity of shows such as Netflix’s House of Cards.

We attended one panel called The Future of Web TV, discussing, well, the future of web TV. Contributing to the discussion were Denise Parkinson from Yahoo!, Myles Dyer of ChannelFlip and Don Allen from App Media Network.

Here are 8 things we learned:

Content is the same, but devices are changing, points out Denise from Yahoo!. It’s the distribution that is the thing to consider.

2. The traditional model is dying but event TV is still big.

The whole market is saturated, with people trying a variety of ways to reach and attract an audience.

Scheduled broadcast and appointment viewing is on the way out but “it’s how you gain momentum”, notes Denise.

Netflix has made waves with its all-at-once model for releasing House of Cards. Is that the answer? Not necessarily. @MylesDyer points out that the political thriller had a built-up audience (of Netflix users). “For start-ups,” he says, “drip feeding is important.”

“Uploading a video at the same time every week, you condition your audience,” agees Denise.

3. VOD is the only way to fight piracy

“Dare I say it, it’s a losing battle” between cinemas and VOD platforms, says one panellist. “It’s the only way to fight piracy.”

With Game of Thrones’ piracy soaring due to lack of availability in the UK, HBO’s decision to release Game of Thrones Season 3 on blinkbox this summer suggests that the TV industry is starting to realise that release gaps can do more harm than good. Will cinemas end up adopting a similar viewpoint? Mel Gibson’s How I Spent My Summer Vacation was promoted as a VOD release in the US, as was Lindsay Lohan’s The Canyons. Will it become a norm for mainstream titles one day?

There is “no revenue model” for selling short films online, points out Denise. Indeed, aside from iTunes at present, there is not a particularly established short film VOD outlet.

“The quality is not necessarily to do with high production values. It’s to do with the idea,” argues Myles, highlighting that the market is more open to new voices than ever. “The broadcast [industry] will remain – but now everyone has a shot to reach that holy grail.”

6. Be creative to get views

Sometimes, you have to be creative to get eyeballs on your content. Channel Flip made a feature film for the YouTube channel Multiverse, backed by Indiegogo (crowdfunding can help raise awareness as well as funds).

But as well as releasing it on YouTube, they paid to put the whole 80-minute video as a pre-roll paid advert before other videos – the kind that lets users skip after five seconds.

“Lots of people watched the whole thing,” says Myles. At the time of writing, it’s had over 350k views and counting.

7. Pay walls are… not great

Paywalls are… not great for winning over fans. Digital platforms and pay-per-view is an established model, but in the realm of YouTube, the idea of paying for content is “very foreign”, with the majority of creators wanting their videos available for free.

What about paid channel subscriptions on YouTube? The panel is skeptical. “As soon as paywalls go up, users go down.”

“The social is so important” for promoting films, they agree, praising the power of a fan connection with a media owner. They also mention one handy-sounding new tool called Thunderclap, which allows the scheduled announcement for the launch of a new release: people can sign up in advance of the launch and when it finally happens, messages are sent out across social networks to spread the word. 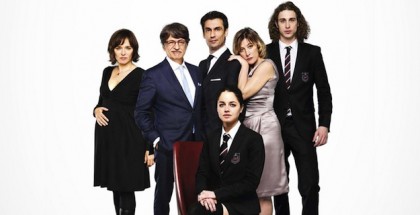 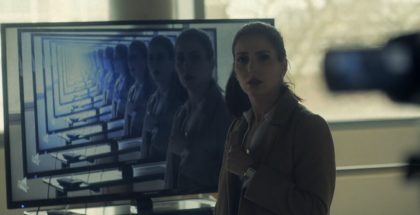