Amazon Prime vs Amazon Prime Video explained: What's the difference? | Where to watch online in UK | How to stream legally | When it is available on digital | VODzilla.co

Amazon Prime Video explained: Everything you need to know

Lots of other newspapers and magazines may refer to Amazon Prime Video as Amazon Prime, but they are not the same thing: Amazon Prime is a membership scheme that costs £79 a year or £7.99 a month and gives you free next-day UK delivery on Amazon purchases. It also includes access to a range of other bonuses, such as fresh grocery deliveries, music streaming through Amazon Music, unlimited online photo storage and a free rotating library of Kindle ebooks and other reading (Prime Reading).

Here’s the thing that a lot of people don’t realise – and both Amazon’s branding (which has changed several times) and other newspapers and magazines don’t help clear up the confusion. Amazon Prime Video is divided into two separate parts: Amazon Prime Video, its all-you-can-stream subscription service, and its pay-per-view store for buying and renting videos, also called Amazon Prime Video.

Just because something is listed on Amazon as a video for streaming, that doesn’t mean it’s part of Amazon Prime Video. Films and TV shows can be included with Amazon Prime Video and also available to rent for non-subscribers, and some might only be available to one of those groups. The way to spot the videos included in your subscription for free is to look for the blue Prime banner in the top corner of a title. When you search for a film or TV show (whether on the site or in the Amazon Prime Video app), you can also filter your results to see only the “Prime” titles – much like when you search for a product on Amazon and filter the results to show the ones eligible for next-day Prime delivery.

Just to make things more confusing, Amazon Prime subscribers also get discounted offers to rent titles for £1.99, as opposed to the usual circa £5.49 price.

Amazon Prime Video allows you to download films and TV shows to watch offline – just the thing for a car journey, train ride or long flight. Eligible titles mostly consist of Amazon originals, but you can look for the Download option on any Amazon Prime Video title by checking the video details on its page.

6. You can watch things abroad

Don’t have the space on your device to download things for offline viewing before going on holiday? Don’t panic: some things are available to stream overseas too – as with Netflix, this is likely to be original shows, such as The Man in the High Castle. You can find a list of eligible titles here.

7. You can have multiple profiles

As of 2020, each Amazon Prime Video account can now have up to six user profiles. Each of those will get their own personalised recommendations, watch history, season progress and watchlist. A designated “Kids” profile is also available, which means that only age-appropriate content will be shown in recommendations and search results. Kids profiles can also be prohibited from buying any programmes or films unwittingly,

Amazon allows two adults with their own accounts to create an “Amazon Household”. This means that they can share Amazon Prime membership benefits between them for the price of one subscription – and share them with up to four children, who don’t need Amazon accounts. So, that’s six members in total for the standard Amazon Prime annual fee.

The benefits that can be shared include Amazon Prime delivery, the Prime Reading book library (a rotating catalogue of ebooks, audiobooks and magazines), 30-minute early access to Amazon “Lightning Deals”, and – you guessed it – access to the Amazon Prime Video subscription streaming catalogue.

9. There is a student Amazon Prime membership available

Amazon Prime Student is essentially a discounted version of the main Amazon Prime membership. That means it costs a lower rate of £4.49 a month, or £47 a year. There’s also a few additional benefits, including 10 per cent of selected textbooks, clothing, shoes and accessories, as well as stationery and other university essentials. The main difference is that Amazon Prime Student members cannot share their benefits in an Amazon Household.

10. Amazon Prime Video does have a decent film and TV selection

Amazon Prime Video is, simply, not as cool as Netflix – after all, one’s a company specialising in movies and TV, and the other is on online retailer that sells socks. But Amazon Prime Video’s collection is far better than its reputation suggests, with a growing number of originals and exclusives ranging from its upcoming The Lord of the Rings TV series to The Boys, The Wheel of Time, The Underground Railroad, Bosch, The Marvelous Mrs Maisel and Upload.

Perhaps Amazon’s strongest feature is its price. Amazon Prime Video costs £5.99 a month, including HD and 4K where available, which makes it cheaper than Netflix’s standard SD £6.99 a month package – something that’s easy to overlook when you think the only option is an £79 yearly Amazon Prime sum.

Amazon has also introduced “Amazon Channels” to the UK, which consist of a range of subscription and premium services, which can be added to your Amazon Prime membership as a customised bundle. Add-on services include Shudder (£4.99 a month), BFI Player+, STARZPLAY, MUBI and Hopster. Many are offered at a discount to entice subscribers through Amazon rather than signing up to them elsewhere (if you have an account on any of these services outside of Amazon, those details are treated as a separate account). For a full guide to Amazon Channels, click here.

14. New things are added to Amazon Prime Video all the time 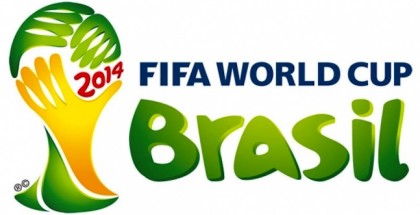