10 UK websites to replace LoveFilm | Where to watch online in UK | How to stream legally | When it is available on digital | VODzilla.co

This week, Amazon announced that it will close down LoveFilm, the online DVD rental service that has been running for 15 years.

Founded in 2002, the company sent DVDs in the post to customers paying a monthly fee – a model that fused the flexibility of the web with the affordability of subscription. It was an excellent service, so excellent that it helped to usher in the end of video rental stores, where people would have to travel to their local high street to pick a title and stump up the cash for each individual disc. But the idea of unlimited films online for a monthly fee also paved the way for the next step in home entertainment, as Netflix in the US began to opt for streaming their catalogue instead of mailing it. In 2011, Amazon spied an opportunity and snapped up LoveFilm, continuing to offer DVD rentals to its 1.4 million subscribers. At the same time, it introduced LoveFilm Instant, a streaming service that eventually became Amazon Prime Video.

Fast forward to 2017, and Amazon Prime Video and Netflix are both going strong, so much so that Amazon has decided to cease its LoveFilm By Post service altogether on 31st October.

The decision marks another nail in the coffin for physical media, as streaming slowly becomes the norm (Amazon has told the BBC that it will donate LoveFilm’s 80,000+ titles to charity partners). And while it is sad to see the end of LoveFilm, just as it was sad to say goodbye to Blockbuster, it is also a step forward into the digital age – one that underlines the importance for the VOD industry to come of age in order to become a worthy DVD and Blu-ray replacement.

Both Amazon and Netflix have already started to mature, investing in content as well as merely licensing it – something that LoveFilm and Blockbuster never could do. The result are two streaming services that encourage filmmaking as well as offer a diverse mix of titles for monthly subscription fees, responsible for bringing the world movies such as Okja, Casting JonBenet, The Handmaiden, Manchester by the Sea and Aquarius.

There are major obstacles that still need to be tackled, though. Subtitling needs to be available on every title on every streaming platform, while streaming quality must also improve – Amazon Prime Video and Netflix both offer up to 4K, but NOW’s movie streaming service, for example, only streams up to 720p. Broadband needs to be extended across the UK, so that all households have equal access to arts and culture (not to mention news and more).

One criticism that is often levelled against the streaming world is that obscure, older or independent cinema isn’t available. It’s not entirely true – the trick is to widen your horizons beyond Netflix UK. (Or, if you have Netflix UK, see here for our guide to older titles available on the site.)

There are lots of pay-per-view films that offer films to buy and rent, from TalkTalk TV Store and iTunes to Google Play, Rakuten TV and Amazon Instant Video. Sky Store even posts DVDs to people when they purchase them, in addition to streaming. Priced somewhere between £3.50 and £5.50 each, the online age of rentals takes us, bizarrely, almost back to the days of Blockbuster and the like. The library of titles still needs growing (Amazon Video currently has around 34,000 films available, while iTunes has around 25,000), but this can only get bigger, as studios and distributors increasingly license their films to stream – Studio Ghibli, for example, is still yet to release any movies online in the UK.

Segmentation, though, is the price to pay for breaking new ground. As a growing number of sites fight for your attention, buying out the exclusive rights to films is one of the only ways to stand out against the competition. As a result, we’re never likely to see a streaming site with the comprehensive range of LoveFilm’s DVD library. But instead of a monopoly, the digital age offers choice: with no lengthy contracts, there is no need to stay loyal to a single provider, which means you can pick and choose what to view and where. If a film isn’t available on one site, cancel that subscription and watch it on another. If it isn’t available anywhere, make sure you request it from your streaming service of choice. (For Netflix, click here to request a title to be added. For iTunes, click here.)

Worried you won’t be able to fill the LoveFilm void? Here are 10 sites that may help replace the DVD rental service:

Netflix UK is widely regarded as rubbish, but it has a range of titles that’s more diverse than public perception would have you believe, including Son of Saul, Victoria, Aquarius, Cinema Paradiso, Blue Velvet, On the Waterfront, The Wailing, Divines, Mercenaire, The Wailing, Under the Skin and more. See our dedicated Netflix UK channel for reviews, highlights, plus what’s new and coming soon.

Under the guidance of indie veteran Ted Hope, Amazon Prime Video has invested in titles that will keep cinephiles happy, with The Salesman, Paterson, Gimme Danger and Manchester by the Sea among its originals already available on Amazon Prime Video, with The Handmaiden and more to come. Partnerships with such distributors as Soda Pictures and Studiocanal, meanwhile, mean that films including Toni Erdmann, A Girl Walks Home Alone at Night, Blue Valentine, Train to Busan and THere Will Be Blood are all available. See our dedicated Amazon Prime Video channel for reviews, highlights, plus what’s new and coming soon.

For those who say that Netflix UK and Amazon Prime Video are rubbish, the chances are they are looking for newer titles – if that’s you, the answer is NOW. Essentially offering Sky Cinema’s catalogue to stream without a contract, the service benefits from Sky’s agreements with most major studios, which means you can expect the mainstream releases to stream here as soon as possible after their cinema release (around four months after their DVD release). With around 1,300 titles, this is arguably the closest you can get to LoveFilm’s old service for instant, subscription-based streaming. See our dedicated NOW channel for reviews, highlights, plus what’s new and coming soon.

Want more world cinema or a streaming service that curates its catalogue? Meet MUBI, a service that operates like a carousel of classics, adding one film a day before removing it 30 days later. You can expect Bergman, Stillman, Bogdanovich, Antonioni, Fassbinder, Godard, De Palma, Rohmer, Mankiewicz, Clouzot and more. With MUBI investing in a string of “Special Discoveries” too, hand-picking new gems from emerging talent, you’ll be up to speed with the next big names to join the above list. See our weekly guide to what’s new and coming soon to MUBI.

Essentially a rival to MUBI, BFI Player offers both titles available to buy and rent and, with BFI Player+, to stream on a subscription basis. The subscription library is smaller, at only 300 films, but it covers world cinema classics from Kurosawa, Rossellini and Cocteau, silent gems such as The Lodger, The Battles of Coronel and Falkland Islands and The Birth of a Nation, and sci-fi oldies, including The Day the Earth Caught Fire and Godzilla. Cinephiles would do well to check here too. See our weekly guide to what’s new on BFI Player+.

Digital distribution means that day-and-date releasing is increasingly an option for smaller titles – and Curzon Home Cinema has swiftly become one of the go-to places for such releases, thanks to Curzon also being a distributor, through its Artificial Eye label. Deals with others, such as Arrow Films, mean that you can rent new theatrical titles without having to wait. Currently in beta mode is its new subscription service, Curzon12, which will curate a dozen titles from its back catalogue on a monthly basis. Unlike MUBI and BFI, though, this is not a standalone subscription: it is part of a Curzon Membership, giving you discounts and free tickets at Curzon’s chain of cinemas. If you prefer your streaming to support traditional modes of film distribution, this is the option for you. See our Day and Date reviews for which titles are available and where.

Recently launched in the UK, AMC’s subscription service is the place to check for new and old-school horror titles, whether it’s a slasher, a supernatural thriller or sheer gross-out gore. See our fortnightly Shudder column, which handpicks titles from the site’s catalogue.

Still can’t find the film you’re looking for? FilmDoo is an invaluable streaming platform, boasting films from around the world that wouldn’t otherwise find a home. Dedicated to picking titles from film festivals, its collection of around 800 movies range from indie titles you may have heard of (Andrew Haigh’s Weekend) to international gems such as Thailand’s Fathers, which are unavailable anywhere else. See our UK VOD listings each month for a heads-up on what’s on the way to FilmDoo.

Still need a DVD rental service? Introducing Cinema Paradiso, the only other site we know of in the UK that offers discs to rent online. The site has over 90,000 titles available and, judging by the influx of customer enquiries following Amazon’s LoveFilm announcement, has no plans of closing down any time soon. See www.cinemaparadiso.co.uk

The only place you can find out about all of the above every day, week and month of the year? VODzilla.co, the UK’s only video on-demand magazine, providing comprehensive coverage of what’s available to stream on both pay-per-view and subscription services, from listings and news to reviews and interviews. Want curation? See each of our channels above for guides to the best titles to stream. Want recommendations? Follow our #FilmoftheDay hashtag every day for a fresh pick from Amazon Prime Video, Netflix UK or NOW. Oh, and we have a podcast.

The only Netflix genres you need for Valentine’s Day... February 14, 2014 | Ivan Radford 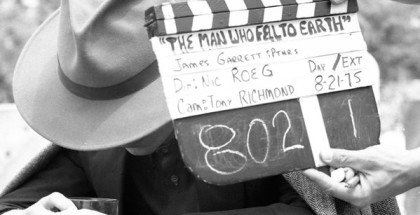 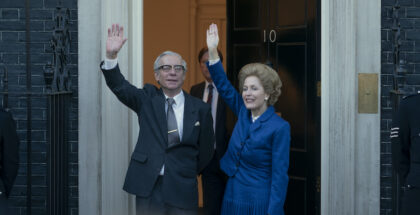