The Weekly MUBI Digest | 24th March 2018 | Where to watch online in UK | How to stream legally | VODzilla.co

In the last 12 months, French director Agnès Varda became the oldest Oscar nominee in history for Faces Places, as well as the winner of an Honorary Academy Award – a long-overdue recognition of the director’s work. And so it’s only natural that MUBI’s ongoing celebration of female filmmakers should continue this weekend with Documenteur. It kicks off a week full of women from around the world, from Ildikó Enyedi to Kathryn Bigelow.

Made during Agnès Varda’s brief stay in Los Angeles in the early 1980s, this small-scale fiction traces the alienation of a recent divorceé newly arrived in L.A. with her young son (played by Varda’s own son). This meditative portrait of urban isolation overflows with subtle visual poetry.

Before The Hurt Locker and the realism period that followed, Kathryn Bigelow was known for darkly stylized efforts in genre, of which Strange Days stands at the fore. Uncanny political predictions, a timely original soundtrack, and perfect aesthetics altogether form a zenith of 90s American culture.

Directed by Women: Diary for My Children – 26th March

Ildikó Enyedi is not the first outstanding female cinematic voice to come out of Hungary. We’re proud to present the pioneering, legendary Márta Mészáros with this autobiographical coming-of-age story in the Stalinist era—a superb reflection on the crossover between the personal and the historical.

MUBI concludes its Godard season with this 1970 interpretation of the Chicago Eight trial, where Judge Hoffman becomes Judge Himmler (who doodles notes on Playboy centerfolds), the defendants become a microcosms of the French Revolution, and Godard and Gorin play Lenin and Karl Rosa, respectively, discussing politics and cinema.

A rigorously shaped essayistic journey into the iconography and culture of war, Battles bravely carves an observational argument from various countries propagandistic efforts to form a worthy challenge to André Bazin’s famed thesis that there’s perhaps no such thing as an anti-war film.

Lebanese director Nadine Labaki made quite a splash with her sensual, funny debut film, winning acclaim that began with its premiere at Cannes and only gathered more force. Labaki is one to watch: a triple threat, she wrote, directed and starred in this charming ode to female friendship. 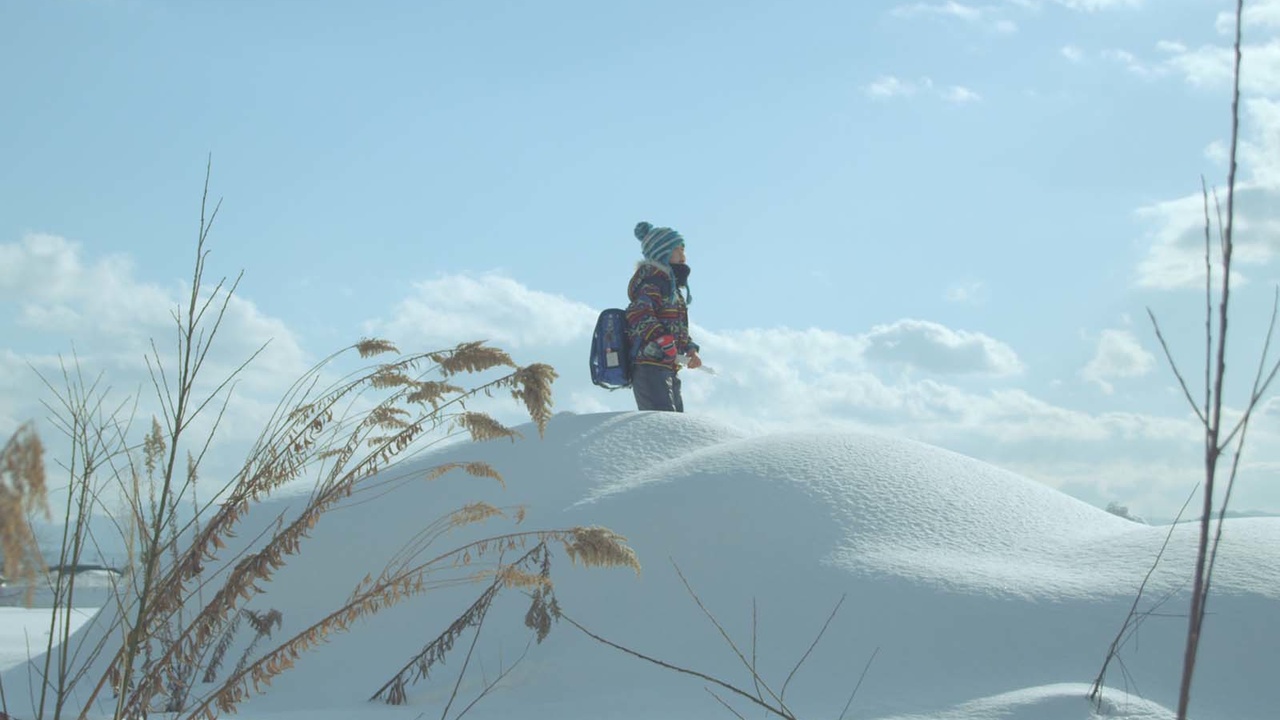 The Night I Swam

Joining the pantheon of great childhood films, Manivel and Igarashi’s Japan-set miniature is a disarmingly tender (and funny!) tale of adventures that plays with the perception of time and space, putting us in the shoes (snow boots!) of a six-year-old. An ode to solitude, without the need of words.

In central Gothenburg, Sweden, a group of black boys, aged 12-14, robbed other children on about 70 occasions between 2006-2008. The thieves used an elaborate scheme called the ‘brother trick’, involving advanced role-play and gang rhetoric. MUBI’s Ruben Ostlund double-bill kicks off with this 2011 drama.

By the Time It Gets Dark

The interwoven stories of several characters; a film director and her muse who was a student activist in 1970s, a waitress who keeps changing jobs, an actor, and an actress. Their lives are loosely connected by almost invisible threads.

Struggle in Italy reveals how and why a supposedly revolutionary Italian girl has in fact fallen prey to bourgeois ideology. A discursive reflection on her shift from political “theory” to political “practice” and, at the same time, a self-questioning of its own practice and theories.

Directed by Mati Diop (35 Rhums), Atlantiques recounts the odyssey of Senegalese friends who attempt a life-threatening boat crossing. Melancholic and mysterious, the film urgently and elegantly addresses the perils of illegal migration.

Lynne Ramsay handpicks this 1966 war classic, which shows the Algerian revolution from both sides: “It’s amazing how contemporary and relevant this looks and feels. Like it was made last week, not in 1965. The style might seem familiar now, but this was the first, and way ahead of its time. It doesn’t judge and the ideas are complex. To call its style ‘reportage’ is a simplification. Not a frame of it feels inauthentic but there’s very sophisticated craft in the cinematography, editing, sound design, music, casting, and locations. The sound in particular is incredible. It’s a cinematic masterpiece.”

Lynne Ramsay handpicks this 1971 drama from Peter Bogdanovich: “That feeling of burgeoning awkward teenage sexuality and being stuck in a dead end town is brilliant. Cybill Shepherd undressing on the diving board. Cloris Leachman’s sex scene with Timothy Bottoms, to the sound of the creaking bed, and her emotional explosion at the end really affected me.”

Had Douglas Sirk been alive to direct a 90s comedy it likely would resemble this witty look at motherhood in America. The next great satirical melodramatist John Waters, alongside the magnificent Kathleen Turner, delivered a triumph of camp with this underrated cult classic.

A college student starts to experience extreme seizures while studying at a university in Oslo in Joachim Trier’s fantastic coming-of-age psychological thriller. She soon learns that the violent episodes are a symptom of inexplicable, and often dangerous, supernatural abilities. Disturbing, beautiful and entirely absorbing.

My Friend from the Park

Argentine director Ana Katz won the World Cinema Dramatic Screenwriting Award at Sundance in 2016 with this comedy. It follows Liz, who meets Rosa and baby Clarissa at the park. Rosa appears to be as lonely and helpless as she is, while all the other moms cheerfully celebrate the joys of motherhood. So it’s no surprise that Rosa and Clarissa soon become a growing presence in Liz’s life.

Directed by Women: No Man’s Land

Last summer, MUBI featured the far-flung second film by Salomé Lamas (Eldorado XXI) and are now thrilled to introduce her confrontational debut. A documentary encounter with the presence, history, and memories of an itinerant mercenary, it is an intimate experience at once absorbing and terrifying.

Godard and the Dziga Vertov Group: Wind from the East

MUBI continues its Dziga Vertov Group series with this oddball Marxist western playfully set against a pastoral backdrop and featuring Anne Wiazemsky and Gian Maria Volonté. With a propagandist voice-over and characters breaking the fourth wall, Godard and Gorin dismantle the idea of cinema as entertainment.

Lynne Ramsay handpicks Maya Deren, Alexander Hammid’s fantasy short from 1943: “The strange, disturbing atmosphere, the impossible time and space, the hooded figure with mirror face, the dreaming woman at the window who becomes three! I felt like I was in a house of ghosts. As a photographer, I was blown away by its imagination and inspired me to go to film school”.

Subtly moving and brutally raw, Ildikó Enyedi’s first feature since the 90s is a work of strange beauty. Read our full review of On Body and Soul, nominated for Best Foreign Language Film at the 2018 Oscars.

Scottish supermarket shelf-filler Morvern Callar (Samantha Morton) uses her boyfriend’s inheritance after his suicide to escape from her boring life. Emotionally intense road movie by the director of the prize-winning Ratcatcher.

MUBI celebrates International Women’s Day with Rachel Lang’s indie film, which balances balance of comedy and tragedy to create a unisex heroine for the ages. Read our review.

The Son of Joseph

With idiosyncratic formal precision and an offbeat sense of humour, Eugène Green’s The Son of Joseph is a unique take on the Nativity story. Read our review.

Investigation of a Citizen Above Suspicion
Available until end of: 26th March

Going My Way
Available until end of: 27th March

A Film Like Any Other
Available until end of: 28th March

The King’s Speech
Available until end of: 1st April

On Body and Soul
Available until end of: 2nd April