The Weekly MUBI Digest | 20th April 2019 | Where to watch online in UK | How to stream legally | When it is available on digital | VODzilla.co

MUBI continues the first-ever complete UK retrospective of the important husband and wife filmmaking partnership Jean-Marie Straub and Danièle Huillet – a duo that have carved their own path through cinema, making fiercely confrontational films against capitalism, oppression, fascism, and historical amnesia. At the same time, it brings its Luis Buñuel retrospective to a close, and finds time to look back at an old classic and a new one.

And, if you want something to watch on a bigger screen, you can also use MUBI Go (which offers a free cinema ticket every week to its subscribers), to see Palo Sorrentino’s Loro at participating cinemas.

“Soon all the trees in the world will have fallen… I think it’s October, but I can’t be sure. I haven’t kept a calendar for years.”

The post-apocalyptic world is a grey place. Drowned in decaying ash, it sits in ruins, foraged by the few who survived. Among them are a father (Viggo Mortensen) and his boy (Kodi Smit-McPhee). Shot in a morbid monochrome, the film’s depressing palette only lifts in the flashbacks, showing us the life that was destroyed by the fire. Glowing off-screen in threatening flickers, we never see the destruction first-hand – John Hillcoat’s framing is perfect throughout, unflinching yet resolutely enigmatic. Despite its weighty content, the result is a precise and poignant piece of film-making. One that demands to be seen, even if you won’t enjoy it.

“Don’t you forget about me…”

MUBI closes its retrospective on Luis Buñuel, the cinema maestro of Surrealism, with his last film: an impiously perverse take on hypocrisy and human desire within a patriarchal society.

Relishing his political and sexual prospects in postwar Germany, a former Nazi colonel muses on the stupidity of the bourgeoisie, who can be easily duped in the voting booth and in the bedroom. Jean-Marie Straub and Daniele Huillet direct this vision of post-war German society, which is by turns wry and ruthless.

The Last Temptation of Christ

Jesus, a humble Judean beginning to see that he is the son of God, is drawn into action against the Roman occupiers by Judas—despite his protestations that love is the path to salvation. As he is put to death on the cross, Jesus is tempted by visions of an ordinary life married to Mary Magdalene. Scorsese and Schrader team up for this controversial drama that tells the story of Jesus Christ with passion, faith, doubt and fear.

Shot in 16mm, this faithful throwback to the politically-charged blaxploitation film impressively doubles as a tribute and a tonic: a comprehensive (and revisionist!) run-through of all this dubious genre’s tricks and tropes. An intelligent, hilarious pastiche no doubt destined to be a cult classic.

Matt Dillon embodies the perfect Bukowskian doppelgänger in this irresistibly cynical adaptation. Derived from the tales of the writer’s early working life, Factotum captures all of the vulgar poeticism that was this man’s essence. 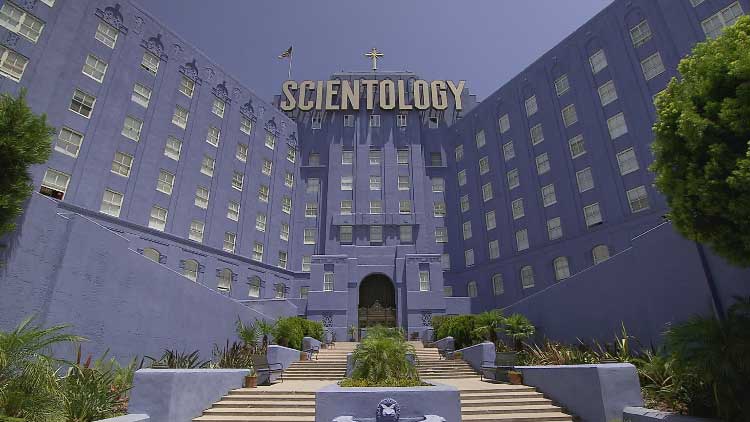 Going Clear: Scientology and the Prison of Belief

Prolific documentarian Alex Gibney takes on one of the hot button subjects of modern times: Scientology and its alleged cult-like methods of control and abuse. Through a series of tell all interviews with reformed believers and banished members, Going Clear unravels the Church’s uncanny practices.

A chronicle of Johann Sebastian Bach’s life, using correspondences and texts written by the composer, and read by his wife, Anna Magdalena Bach. Eschewing drama to focus almost entirely on his music, it consists largely of expansive scenes of Bach conducting or playing his brilliant compositions.

Luis Buñuel: The Phantom of Liberty

Following his Oscar win for The Discreet Charm of the Bourgeoisie, Buñuel landed his biggest production, which birthed one of his most incendiary films of subversive hilarity. Bourgeois convention is demolished in the surrealist gem, which features an elegant soirée with guests seated on toilet bowls, poker-playing monks using religious medals as chips, and police officers looking for a missing girl who is right under their noses…

MUBI’s new strand dedicated to works from the established masters of cinema begins with Sylvia Chang’s 2017 drama. A dying old lady reminisces about her happier moments. Her daughter decides to move her father’s grave from his hometown to beside her mother’s grave. However, his first wife, who has looked after the grave for years, doesn’t approve.

Director Walter Salles (The Motorcycle Diaries) brings Jack Kerouac’s definitive Beat novel to the big screen. Kristen Stewart, Sam Riley and Garrett Hedlund star in the tale of aspiring writer Sal Paradise, who meets Dean Moriarty, a charming ex-con married to the liberated and seductive Marylou. Sal and Dean bond instantly, and the three take to the road. Travelling across the country, they encounter a mix of people who impact their journey indelibly.

Bahman Mohassess was a celebrated artist at the time of the Shah in Iran. But audiences often took offence at the pronounced phalli on his sculptures and his work was regularly censored. Director Mitra Farahani discovers he is living in Rome and begins to craft a final biography, in his own words and on his terms. As Poetry in Motion, a season showcasing emerging voices in contemporary Iranian cinema through Persian poetry, kicks off at the Barbican, MUBI joins in with this portrait of an artist dubbed by some as the “Persian Picasso”.

MUBI pays tribute to the distinct voice of emerging director Agnieszka Smoczynska with this 2018 drama about Alicja, who suffers from memory loss and has rebuilt her own free spirited way of life. Two years later, she returns to her former family to assume (against her will) her role as wife, mother and daughter.

byNWR: She-Man: A Story of Fixation

“Evidence indicates that She-Man’s currently missing, original negative elements do survive, but more rocks have to be turned to find them. This high-definition version, remastered from the best 35mm print source, was digitally cleaned up, while keeping the fairly rough look of the ‘artifact.’”–NWR

Two women spend a weekend in the North Sea. One of them will soon return home, whereas the other one will try to come a step closer to the ocean. The film then sets off with the traveler on her journey by bicycle, car, on foot and by boat, through fantastic landscapes and on endless bodies of water. German director Helena Wittman’s feature debut first premiered at the Venice Film Festival in 2017.

The Beat That My Heart Skipped

Jacques Audiard (A Prophet) delves into Paris’ criminal underworld with this cool drama about a talented pianist (Romain Duris) who is set to follow in his thuggish father’s footsteps in the sleazy and sometimes violent world of real estate, neglecting his music career following the death of his mother. Then a chance encounter leads him to believe that he can become, like her, a concert pianist.

The Irish Connection: The Image You Missed

After travelling around festivals worldwide in 2018, Donal Foreman’s documentary essay film sees the director go in search of his estranged father’s life through his footage of the Northern Irish conflict. Foreman draws on three decades of unique, never-before-seen archive, deftly weaving together a history of the Troubles in Northern Ireland with his own search for the dad he barely knew, Irish-American political filmmaker Arthur MacCaig.

The Irish Connection: The Patriot Game

Arthur MacCaig’s 1978 partisan and radical documentary, tells the story of the Northern Irish conflict, covering Ireland’s history from British colonisation to the territory’s division in 1922. It then details the events of the decade beginning in 1968, witnessing street riots, police violence and firebomb attacks, while analysing the rebellion.

The Myth of the American Sleepover

One of the director’s landmark films, adapted from Benito Pérez Galdós’ novel and starring Catherine Deneuve. An idiosyncratic assault on bourgeois moralism, set in the conservative Spain of the 1930s, it follows the eponymous young woman, whose mother dies, leading her to be entrusted to the guardianship of the well-respected libertine aristocrat Don Lope, who seduces the woman, setting her on a path to bitterness and manipulation.

Luis Buñuel: The Discreet Charm of the Bourgeoisie

The Game
Available until end of: 22nd April

The Milky Way
Available until end of: 24th April

I Hope I’m Loud When I’m Dead
Available until end of: 25th April

Life During Wartime
Available until end of: 27th April

Homecoming the first of three Beyoncé projects for Netflix