The Weekly MUBI Digest | 14th October | VODzilla.co | Where to watch online in UK

MUBI took us to the London Film Festival this week, with the exclusive online release of Spell Reel, following its big screen premiere. As well as looking forward, MUBI continues to look back, both at Takashi Miike’s work – ahead of his 100th film, Blade of the Immortal – and the career of Pablo Larrain. 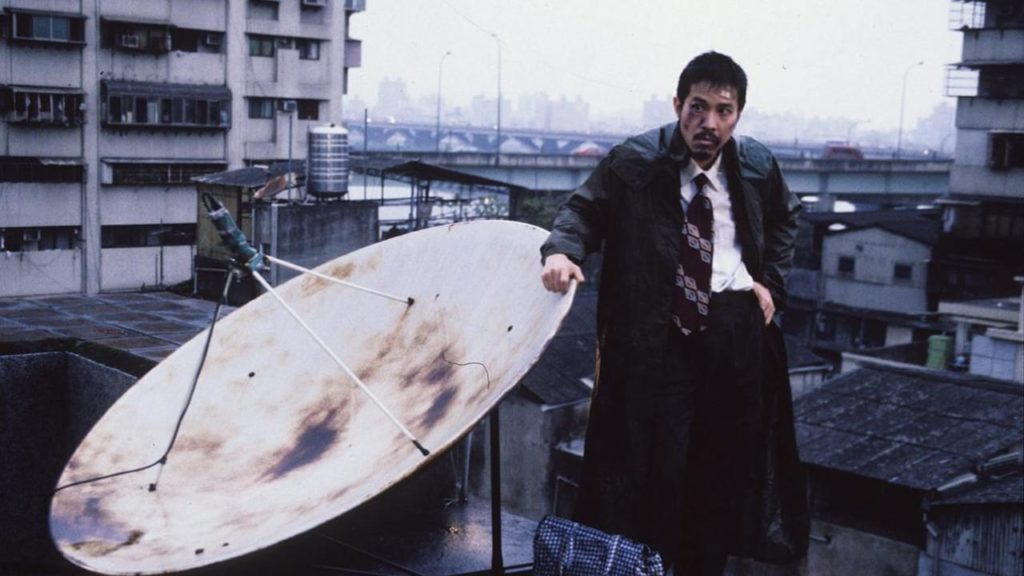 All That Jazz – 15th October

Director/choreographer Bob Fosse tells his own life story as he details the sordid life of Joe Gideon (Roy Scheider), a womanizing, drug-using dancer.

For several months, director Abbas Fahdel filmed a group of Iraqis, mostly members of his family, in their expectation of the war; the start of U.S. strikes on Baghdad, the American invasion and its consequences.

In the Pacific Northwest during the 1950’s, two young sisters whose mother has abandoned them wind up living with their Aunt Sylvie, whose views of the world and its conventions don’t quite live up the most people’s expectations.

Bai Yide is a young man living alone. He works at a bookstore and derives sexual pleasure by stealing and wearing women’s underwear. One day, he receives a DVD in which his activities have been recorded and he becomes anxious.

On Body and Soul – 20th October

When a man and woman who meet at work begin to know each other, they discover that they have the same dreams at night, and they decide to make them come true. “Subtly moving and brutally raw, Ildikó Enyedi’s first feature since the 90s is a work of strange beauty.” Read our full review.

Shot in the months after the death of Franco, Pere Portabella’s General Report is a “documentary” shot with the techniques of a fiction film—exploring the limits of film representations. The speakers are concerned with one question: How do you go from a dictatorship to a democracy?

MUBI’s Takashi Miike retrospect kicks off with Shinjuku Triad Society. Livid after learning that his younger brother works as an attorney for the vicious Wang, Kiriya wages an all-out war against his adversary when the lawman’s sibling vanishes.

Ying Ling delicately washes the face of the motionless body. Using a damp cloth, she carefully cleans the hands, feet and finally the torso. The 17-year-old girl is far from home, preparing for her exams at one of China’s largest funeral parlours.

MUBI launches a retrospective of Pablo Larrain’s six films made in Chile with his little-seen debut — a twisted tale of insanity and infernal classical music.

Santiago de Chile, 1978. In the midst of Pinochet’s dictatorship, Raúl Peralta, a man in his 50s, is obsessed with impersonating John Travolta’s character in Saturday Night Fever. And his dream of being recognised is about to become a reality when the national television announces a contest.

Today in Spain, neoliberalist capitalism has laid waste to the middle class, unemployment is skyrocketing, the Left is a factious mess that the Right plays with ease, trust in democracy is at a new low. Pere Portabella returns in 2016 for a follow-up to his 1976 film to ask: Is it necessary to look for other forms of participatory processes?

After being the sole unfortunate witness of a domestic quarrel that ends up in a murder, Patrascu finds himself at odds with two very close neighbors: one is the bizarre murderer, the other one his very own conscience.

Paris, 1967. Five university students, spend their summer vacation holed up in an apartment borrowed from a friend’s wealthy parents. They spend their time studying political texts, delivering lectures to each other, and discussing how they can apply the teachings of Mao Tse-tung to their own lives. MUBI pays tribute to the late Anne Wiazemsky with Godard’s La Chinoise, a timeless molotov cocktail of raw Maoism, pop colours and savage satire.

A selection of short stories by Tim Winton are interpreted by an expansive and talented team of 17 different Australian filmmakers. Populated by nuanced turns from the likes of Cate Blanchett, Hugo Weaving, and Rose Byrne, this epic of emotion successfully taps into the essence of Winton’s writing.

Best known for writing Taxi Driver, Paul Schrader is in the spotlight with his new film, First Reformed. And so MUBI revisits his his second film, a combination of John Ford’s The Searchers, the sleaze of Scorsese’s masterpiece, and the combustible acting of George C. Scott.

MUBB’s Pablo Larraín retrospective continues with his 2010 drama. Mario, 55, works in a morgue typing autopsy reports. In the midst of the 1973 military coup that left Pinochet in charge of Chile, he fantasises about his neighbour Nancy, a cabaret dancer, who mysteriously disappears. Mario begins a frantic search.

Ildikó Enyedi’s 1989 comedy drama follows Dora and Lili, both born on the day Edison invents the light bulb, but separated in childhood. They follow different paths to meet again on the Orient Express, one a pampered courtesan, the other a feminist anarchist.

MUBI’s Maurice Pialat season continues with his look at the last 60 days of Van Gogh’s life. After leaving the asylum, he settles in the home of Doctor Gachet, an art lover and patron. Vincent keeps painting amidst the conflicts with his brother Theo, the torments of his failing mental health, and an affair with Marguerite, his host’s daughter.

Alicia feels lost. The memory of war clings to her mind in a terrifying rumble. Thrown off her land by armed conflict, she tries to build a new life at ‘La Sirga’, a rundown boarding house on the shore of a large lagoon high up in the Andes mountain range. William Vega’s drama from 2012 was nominated for the Golden Camera at Cannes.

MUBI’s Maurice Pialat season continues with his 1985 drama, which stars Gerard Depardieu as a Parisian cop who specialises in interrogations, using intimidation to the point of sadism. His efforts to bust a Tunisian drug racket go awry, however, when he falls into an affair with a sultry, defiant liar (Sophie Marceau), who is the girl of one of the criminals.

Accomplished and unpleasant, Please Give is an engaging and clever study of wealth, charity – and a lack thereof. Read our full review

Made on the heels of his international breakout Rashomon, Kurosawa’s The Idiot stars a who’s who of Japan’s best actors, including Setsuko Hara and Toshiro Mifune.

Peggy Sue Got Married
Available until end of: 14th October

The State I Am In
Available until end of: 15th October

The City Below
Available until end of: 16th October

A Nos Amours
Available until end of: 19th October