The MUBI Weekly Digest | 27th July 2019 | Where to watch online in UK | How to stream legally | When it is available on digital | VODzilla.co

MUBI showcases everyone from Lav Diaz to The Safdie brothers this week, as well as finding time for a Clint Eastwood double-bill – and, if you missed a chance to catch Knife + Heart or Border on the big screen, you can still catch both online.

Want to see something on the big screen? Use MUBI Go (which offers a free cinema ticket every week to its subscribers), to see The Chambermaid at participating theatres.

A drifter with no name wanders into a small town, where his gun-slinging abilities are in high demand. After being met with disapproval, locals soon realize he could help them fend off a band of criminals who have been terrorizing the town. He agrees to help, but does so with his own secret agenda. Clint Eastwood’s second film as director, the film is even more notable for its divisive, controversial reception.

When elderly matriarch Hélène discovers that her health is declining, she contacts her three children about contending with her art collection after her death. As the family gathers they must decide what to do with the inherited country estate and objects, while they also grapple with her mortality.

Rawang, an immigrant from Bangladesh living in awful conditions, takes pity on a Chinese man, Hsiao-kang, who is beaten up and left in the street. Rawang lovingly nurses him on a mattress he found. When he is almost healed, Hsiao-kang meets the waitress Chyi. His love for Rawang is put to the test.

Season of the Devil – 30th July

Philippines, late 1970s. A military-controlled militia is oppressing a remote village, spreading terror both physical and psychological. The fearless young doctor Lorena who opened a clinic for the poor disappears without a trace. Her husband, activist poet Hugo Haniway, attempts to find her in Lav Diaz’s typically idiosyncratic 2018 musical.

The film that led to the Safdie brothers working with Robert Pattinson on Good Time, Heaven Knows What immerses us in the restless world of Harley, heroin junkie in today’s New York. Tangled up in the melancholy romance of a destructive relationship with Ilja, she seeks solace with another addict, Mike. Based on the experiences of Arielle Holmes, who herself plays Harley.

In a near-future 1980s, a small desert town’s Santa Claus goes to the big city in search of his wayward daughter. On that simple premise hangs this delirious punk rock collage of Cold War fears, suburban encroachment, and magic mushroom sandwiches.

The tender missed connection of What Time Is It There?has another chance in Taipei: Hsiao-Kang, now working as an adult movie actor, meets Shiang-chyi once again. Meanwhile, the city faces a water shortage that makes the sales of watermelons skyrocket. Can a distant love conquer (or save) all?

Ryan Gosling caught the world’s eye with this indie drama, which sees him play an inner-city teacher, who becomes friends with one of his pupils.

Michael Haneke made his debut with this study of violence in the streets of Paris. On a busy Paris boulevard, a youth scornfully tosses a crumpled paper bag into the outstretched hands of a beggar woman. This is the bond which, for an instant, links several very different characters: an actress, a war photographer, a farmer, a music teacher, and an immigrant.

Afghanistan 2014. As the army withdrawal approaches, Captain Bonassieu and his squad are on a surveillance mission in a valley on the border with Pakistan. Despite their determination, control of the remote valley will fall out of their hands. One night, soldiers begin to mysteriously disappear.

In the Siberian forest, away from any civilization, a feud is brewing between two opposing families whose houses are separated by a river. In the middle of the river stands an island where the kids of the two families are meeting on their own.

With David Lynch taking over Manchester’s HOME this summer, MUBI presents a double-bill of his work, beginning with his first Hollywood picture: a historical drama that will surprise you with its tender melancholy and humanity—and scare you with its darkness.

Laura Dern stars in Lynch’s most fragmented, experimental film in this dizzying follow-up to Mulholland, which filters Hollywood through a surreal nightmare.

Christian Bale made headlines with his jaw-dropping transformation for this film, shedding over 60 pounds to play an insomniac losing his grip on reality. But don’t let that overshadow the film itself: an acclaimed and nightmarish psychological thriller.

I’m a Cyborg, But That’s OK

The director of Oldboy and The Handmaiden turns his hand to romantic comedy with this story of love in a mental hospital – a whimsical, confectionery mix of the light and the dark.

Mexican luminary Carlos Reygadas delivers his sophomore film with this risque drama about a big-city crime that becomes an unforgivable one: Marcos and his wife kidnap a baby. Seeking redemption, Marcos confesses the crime to Ana, his boss’ young daughter. One crime leads to another, and Marcos’ path leads him on a pilgrimage.

MUBI Auteurs: Buy Me A Gun

In a world overcome with violence, where women are prostituted and murdered, a girl wears a Hulk mask and a chain around her ankle to hide her gender and help her dad, a tormented addict, take care of an abandoned baseball field where drug dealers play.

Tina is a customs agent with a nose for trouble. She can literally smell human emotions, which is a handy talent for sniffing out suspicious border crossers. But when a mysterious male traveller’s odour confounds her, she’s faced with hugely disturbing insights about who she is and what she wants. Read our interview with director Ali Abassi.

Juliette Binoche: The Lovers on the Bridge

The Man Behind the Microphone

Straub-Huillet: From the Clouds to the Resistance

The first of many rewarding encounters between Cesare Pavese and Straub-Huillet, who adapt the Italian author’s tales of the meeting between gods and men—set in nature.

This documentary uses a literary classic as a cultural passkey to allow women to talk about their feelings, frustrations, and hopes of love in Kyrgyzstan. 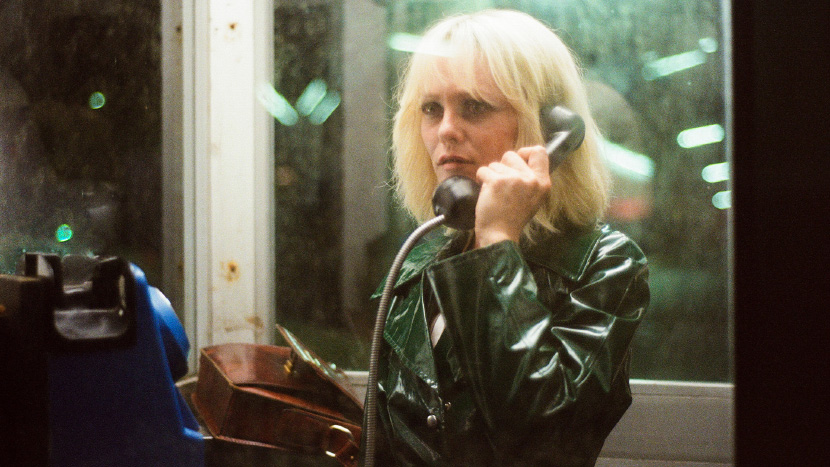 Doug, an aimless former student of forensic science and aficionado of Sherlock Holmes, moves back home to Portland eager to simplify his life. Just when everything seems perfectly quiet, a mystery shakes him from his slumber. But are the signs he’s reading really evidence of foul play?

Hungarian filmmaker Márta Mészáros won the Golden Bear in 1975 for this drama, becoming the first female filmmaker to win the prestigious prize. The film zeroes in on two women: Kata, older and widowed, and Anna, a downtrodden young women kept in a children’s institution by her unloving parents.

Eastwood: Play Misty for Me

A brief fling between a male disc jockey and an obsessed female fan takes a frightening, and perhaps even deadly turn when another woman enters the picture.

The Duke of Burgundy
Available until end of: 28th July

Walk the Walk
Available until end of: 30th July

Sarah Plays a Werewolf
Available until end of: 31st July