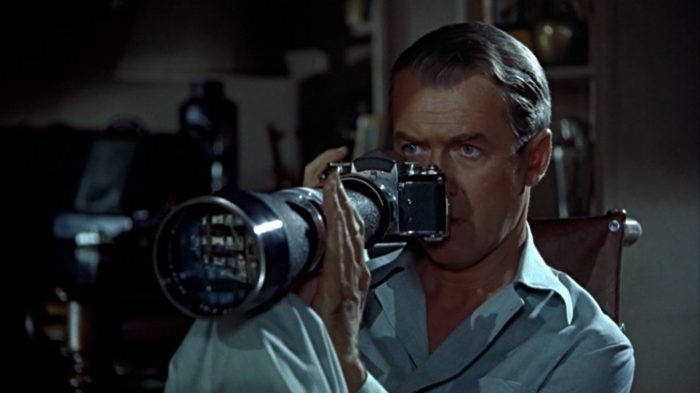 January means one thing: the return of MyFrenchFilmFestival, the annual online showcase for new French cinema. MUBI joins in this week with To the Ends of the World, as well as journeying to Rotterdam for past festival favourites and popping over the border to Belgium for Rachel Lang’s directorial debut Baden Baden. Speaking of first films, don’t miss the chance to catch Spielberg’s early effort, The Sugarland Express. The icing on the cake, meanwhile, is the Oscar-winning Pillow Talk starring Rock Hudson and Doris Day and Hitchcok’s Rear Window.

Looking for an awards contender on the big screen? Use MUBI Go (which offers a free cinema ticket every week to its subscribers) to The Personal History of David Copperfield at participating cinemas.

After a failed attempt at working on a film set, Ana, 26, returns to Strasbourg. Over the summer that follows, she decides to replace her grandmother’s bathtub with a walk-in shower, harvest plums, lose her driver’s license, and get back with her ex. In short, Ana tries to get her life together. With echoes of Frances Ha, this drama is a mundane but vibrant coming-of-age tale.

Who can resist the delightful silver screen chemistry of Rock Hudson and Doris Day? A charming romance is created around the anonymity of a phone conversation in this first collaboration of the duo, a perfectly timed comedy-of-errors and winner of an Academy Award for Best Original Screenplay.

In 1906, four men were executed for attempting to assassinate Colombia’s president. Years later, director Federico Atehortúa Arteaga discovers the strange and improbable relationship between the failed assassination, his mother, and the origins of cinema in Colombia: a long history of violence.

MyFFF: To the Ends of the World – 28th January

Indochina, 1945. Young French soldier Robert Tassen is the only survivor of a massacre in which his brother has perished. Blinded by revenge, Robert rejoins the forces in search of the assassins. But meeting the young Indochinese Maï will change his beliefs and disrupt his mission.

Rotterdam: The Beast in the Jungle – 30th January

Weatherend House, 1903: John and May circle each other. She says they met, some 11 years ago. His voice-over describes his sense of being predestined for something, a premonition about ‘the beast in the jungle’ striking. What is it though? Love? Death?

James Stewart plays a professional photographer confined to his Greenwich Village apartment after breaking his leg. He looks in on the intimate dramas at play in his neighbours’ apartments and, eventually, he becomes convinced that a salesman murdered his nagging wife. Alfred Hitchcock’s seminal thriller is a masterclass in suspense, claustrophobia and perspective.

Strike, 19, is a small-time street drug dealer for Rodney Little, who wants Strike to kill a former dealer who stole from him. When the man turns up dead, Strike is suspected. But before homicide detective Rocco Klein has a chance to investigate, Strike’s brother, Victor, confesses to the crime. Spike Lee’s 1995 crime drama is an easily overlooked gem.

After losing her man to a movie star and friend years prior, a novelist returns home to confront them, looking radiant. Her ex-husband’s new wife wants to know her secret, and discovers the existence of an elixir which grants eternal life. But she soon finds out that immortality has a price.

Godard: Made in USA

Paula Nelson, a hard boiled detective, goes to Atlantic City to meet her lover. Once there, she learns that he is dead and decides to investigate. In her hotel room, she kills a man whose body is later found in the apartment of writer David Goodis. Paula will soon be arrested and interrogated.

The devil has a stye in his eye, caused by the purity of a vicar’s daughter. To get rid of it, he sends Don Juan up from hell to seduce the 20 year old Britt-Marie and to rob her of her virginity and her belief in love. However, she resists him, and in turn Don Juan falls in love with her.

After a radiologist is snapped having sex in the X-ray room, the image swiftly circulates in the hospital. A nurse fears that she might be one of the randy skeletons depicted. Together with her boss, the woman embarks on a mission to determine whether human beings are ever really worth believing.

Set against the backdrop of the Nome Gold Rush in Alaska, this tale of corruption follows honest miner Roy Glennister who gets swindled out of his gold mine claim. He then turns to the seductive saloon singer Cherry Malotte for assistance in his battle with crooked commissioner Alexander McNamara.

Carol White, a 1980s Los Angeles housewife, comes down with a debilitating illness in Todd Haynes’ 1995 drama. After the doctors she sees can give her no clear diagnosis, she comes to believe that she has frighteningly extreme environmental allergies. Welcoming retreat, she finally ends up in a New Age healing centre.

During the Civil War, a wounded Union soldier is cared for and lusted after in an all-female southern boarding school. His presence at first scares the girl, but quickly starts off a series of diverse sexual frustrations and jealousies. But his shrewd handling of the women leads to brutal vengeance.

Neil is a man torn between two loves: Marina, the European woman who comes to the United States to be with him, and Jane, the old flame he reconnects with from his hometown. Neil’s doubts about his life and loves are reflected in the crisis of faith experienced by Father Quintana. 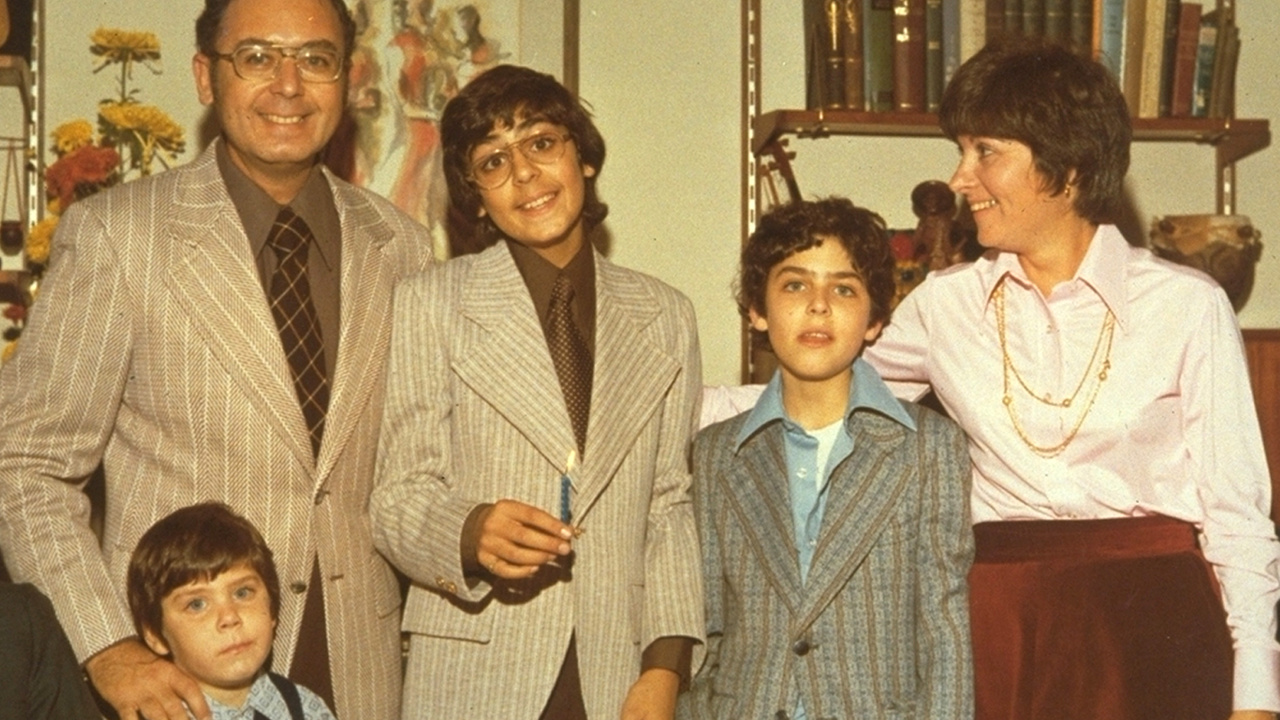 The Friedmans are a seemingly typical, upper-middle-class Jewish family—but their world is instantly transformed when the father and his youngest son are arrested and charged with shocking and horrible crimes.

A young, struggling widow and single mother takes in a black housekeeper and her light-skinned daughter. The two women start a pancake store which becomes a successful business, however they face familial, identity, and racial issues along the way.

A jobless young couple, Yoshigi and Tsutue, wind up at the outskirts of the Suzaki red-light district in Tokyo. Tsutue talks her way into a job pouring sake for male customers at a small bar, while Yoshigi is shunted off into a nearby noodle shop.

Bergman: Smiles of a Summer Night

In turn-of-the-century Sweden, four men and four women attempt to navigate the laws of attraction. During a weekend in the country, the women collude to force the men’s hands in matters of the heart, exposing male pretensions and insecurities along the way.

First Films First: The Pleasure of Being Robbed

Before Uncut Gems arrives, go back to Josh Safdie’s directorial debut, which began as a short film. A curious and lost Eleonore looks for something everywhere, even in the bags of strangers who find themselves sadly smiling only well after she’s left their lives. They owe her their thanks.

Luc Besson’s debut is set in a post-apocalyptic future where only a few humans are left, and an unknown trauma has robbed mankind of their ability to speak. “The Man” is an isolated survivor wandering the hostile streets of a collapsed civilisation. He meets his nemesis, The Brute, a violent thug determined to destroy him.

Catch a young Tom Hiddleston in Joanna Hogg’s debut film from 2007, which sees a forty-something woman on a Tuscan break fall in with a group of partying teens.

In a small village in Iran, Hassan cherishes his cow more than anything in the world. While he is away, the cow mysteriously dies, and the villagers protectively try to convince Hassan the cow has wandered off. Grief stricken, Hassan begins to believe he is his own beloved bovine.

A surreal missing person case sends an American private investigator by the name of Lemmy Caution on an interplanetary journey to the futuristic city of Alphaville, where he becomes at odds with the sinister ruler of the town.

Pierrot escapes his bourgeoisie existence by taking to the road with the babysitter, his ex-lover Marianne. Being pursued by foreign thugs, they embark on a haphazard crime spree through the French countryside all the way to the Mediterranean.

Ivan Cavalli brings his new wife Wanda to Rome in Federico Fellini’s directorial debut. What ensues is the least romantic honeymoon in history – a rigid schedule of family meetings and audiences with the Pope. But Wanda, dreaming of the dashing hero of a photo-strip cartoon, drifts off in search of the White Sheik. 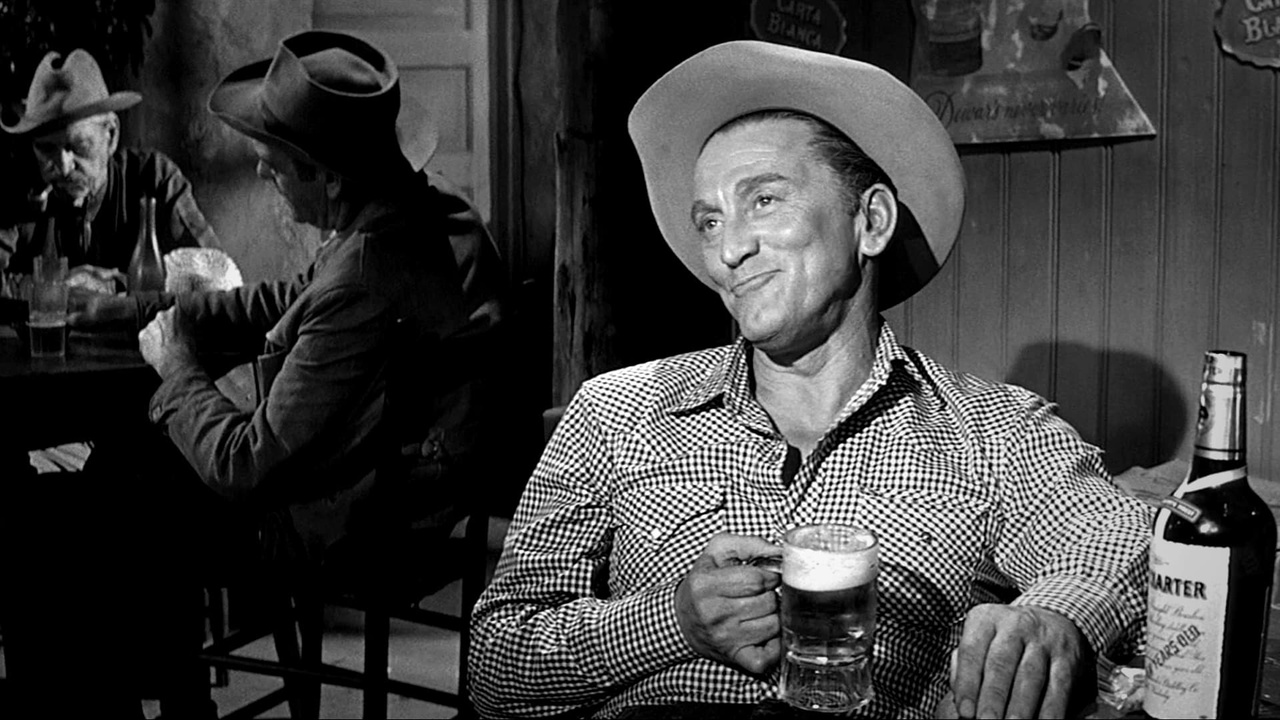 Lonely Are the Brave

Kirk Douglas is justly commended for using his fame to support unusual film productions, and this late period western is one of his boldest ventures. Blacklisted screenwriter Dalton Trumbo adapts the environmentalist novelist Edward Abbey to redefine the idea of the outsider cowboy for a new age, as a fiercely independent cowboy who obstinately resists modernization arranges to have himself locked up in jail in order to escape with an old friend who has been sentenced to the penitentiary. When the principled friend refuses to leave, the cowboy futilely attempts to escape to Mexico on horseback.

Middle-aged Mr. Badii wishes to die in a society where suicide is considered an abomination. Driving in the hills above Tehran, he searches for an accomplice who is willing to bury him after he is dead. He meets an assortment of different characters, but each have reasons to turn down the job.

Abbas Kiarostami: The Wind Will Carry Us

rreverent city engineer Behzad comes to a rural Kurdish village in Iran to keep vigil for a dying relative. While death hovers around the corner, Behzad gains perspectives on life and spirituality as he befriends the locals and experiences nature’s majesty, changing his own attitudes as a result.

MUBI begins a look back at Krzysztof Kieślowski’s iconic trilogy with Blue. The wife of a famous composer survives a car accident that kills her husband and daughter. Now alone, she shakes off her old identity and explores her newfound freedom, but finds that she is unbreakably bound to other humans, including her husband’s mistress, whose existence she never suspected.

Karol Karol, a Polish immigrant living in France, is a hairdresser who opts to leave Paris for his native Warsaw when his wife sues him for divorce (her reason: their marriage was never consummated) and then frames him for arson. Karol Karol, in return, plans an elaborate revenge plot.

Kieślowski closes his trilogy in grand fashion with this mind-boggling, unconventional romance: a story of fate and chance in an interconnected society.

The versatile director of such disparate films as George Washington and Pinapple Express (and Silver Bear winner at Berlinale for Prince Avalanche!), David Gordon Green scored with this unsettling look at life in the American South, starring Jamie Bell.

A Lesson in Love
Available until end of: 26th January

The Incredible Shrinking Man
Available until end of: 28th January

The White Sheik
Available until end of: 31st January

The Sugarland Express
Available until end of: 1st February

River of Grass
Available until end of: 2nd February

73 million households have watched The Crown