The Weekly MUBI Digest | 19th May 2018 | Where to watch online in UK | How to stream legally | When it is available on digital | VODzilla.co

MUBI concludes its annual trip to Cannes this weekend, with a delightful Soderbergh gem – just a day after it snapped up the rights to the latest offering from another legendary auteur, Godard. It joins The Happiest Day in the Life of Olli Maki and Bruno Dumont’s Slack Bay (Ma Loute), both MUBI Cannes exclusives. But away from Cannes, there’s no shortage of classics to stream, from more Douglas Sirk to Rob Reiner’s Stand by Me.

Behind the Candelabra – 19th May

Michael Douglas shines in this laugh-out-loud but warm comedy about Liberace, with Matt Damon equally impressive as young assistant, Scott Thorson. With cinematography and direction by Steven Soderbergh, music by the late Marvin Hamlisch and small roles for Dan Aykroyd and Debbie Reynolds, Behind the Candelabra premiered on HBO – but it is very much an A-List movie. Rob Lowe as a plastic surgeon, meanwhile, waltzes away with the whole show. Read our full review

Rob Reiner’s take on Stephen King’s The Body, which sees four boys seeking adventure in the woods while looking for a missing teenager’s dead body, is nothing less than a masterpiece.

Imitation of Life – 21st May

MUBI’s Douglas Sirk retrospective concludes with the director’s last movie in Hollywood, and last commercial picture — a coldly brilliant weepie, a tale of two intertwined families in which the materialist optimism is continually counterpointed by an emphasis upon racist tension and the degeneration of family bonds.

In this sci-fi documentary, a drone spirit is summoned to the heart of Hong Kong where Filipina migrant workers gather and make public space their own.

An Evangelical Christian and a vet returning from Afghanistan work together at a tire shop. With little to do during their empty days, they dance around their inner conflicts and cultural differences.

Indifferent even to the prospects of inheriting his father’s estate, Swanson, a desensitized, ageing Brooklyn hipster, strays into a series of reckless situations that may offer the promise of redemption or the threat of retribution.

Jim Jarmusch’s bittersweet comedy-drama sees an old man revisit his former lovers after an anonymous letter tells him he has a son. Released in 2005, it formed a double-bill with Lost in Translation that introduced a more melancholic, understated side to Bill Murray. If you and your dad have the same taste in movies, this is just the thing for Father’s Day.

Cannes Classics: The Happiest Day in the Life of Olli Maki

The Happiest Day in the Life of Olli Maki is a portrait of real life Finnish boxer Olli Maki, which won the Un Certain Regard prize at Cannes 2016. That should give you a hint that this isn’t your usual boxing movie – and not just because it’s in Finnish and black-and-white. Jarkko Lahti is fantastic as the fighter, his face channeling both optimism and failure, while director Juho Kuosman shoots in monochrome 16mm, giving everything the feel of a newsreel. Laugh-out-loud funny and shot through with the romance of defeat, this is truly knock-out stuff. Read our full review.

Ryan Gosling’s directorial debut follows Billy, a single mother of two, who is swept into a macabre and dark fantasy underworld in a vanishing city, while her teenage son discovers a secret road leading to an underwater town. Both Billy and Bones must dive deep into the mystery if their family is to survive. Read our full review/

Cannes Classics: The Bridges of Sarajevo

Matias and his mother Laura, find themselves forced to hurriedly abandon the house they live in to escape another outburst of violence from Fabian. Matias is 8 and Laura is newly pregnant. Thus they begin a wandering journey in search of a place they can feel safe and protected.

Whether seen as an exacting character portrait or one of cinema’s most hypnotic and complete depictions of space and time, Jeanne Dielman is an astonishing, compelling movie experiment, one that has been analyzed and argued over for decades.

Cannes Classics: The Ballad of Narayama

Winner of the Palme d’Or at the 1983 Cannes Film Festival, Shohei Imamura explores the role of tradition and legacy across generations in an impoverished 19-century mountain village in this pastoral drama evoking the dark side of folklore.

Cannes Classics: The Other Side

Disarmed veterans, taciturn adolescents or drug addicts live in an invisible territory at the margins of society, at the border between anarchy and illegality, trying to respond to a threat: of being forgotten by political institutions and having their rights as citizens trampled.

Cannes Classics: The Heart Is Deceitful Above All Thingsy

An adaptation of one of the most controversial books of our time, Asia Argento’s sophomore feature realizes JT Leroy’s account of her troubled childhood. Whether its inspiring text is to be taken as truth or performance art—Argento’s star-studded film is a gamut of pure emotion & raucous sincerity.

Cannes Classics: Beyond My Grandfather Allende

“Salvador Allende, the first democratic-socialist president elected was also my grandfather. Thirty-five years after Pincohet’s coup, I return to Chile searching for Chicho- his family nickname – wishing to leave behind his iconic image and bring back images and memories of him and our family.”

Theres and Kenneth are young, when they first meet in their summer holidays in Greece. They fall in love with each other but can’t prevent the forthcoming separation. Thirty years later, in another country – another couple. Ariane leaves her husband David, because she doesn’t love him anymore.

Combining home movies, archival footage, and interviews, Goupil recounts his youth in the years leading up to May 1968, and the decade following it, climaxing with the suicide of his friend Michel Recanati. A blend of bildungsroman and political essay, the film witnesses the youthful romantics of revolt and the grief attached to age and disillusionment.

No Intenso Agora blends a cornucopia of archive materials documenting the uprisings of 1968 as they unfolded across four different countries. Narrated in first person by the director, the amateur footage includes scenes that a tourist—Salles’ mother—filmed in China during the Cultural Revolution.

MUBI’s partnership with byNWR continues with Curtis Harrington’s 1961 fantasy horror, starring a young Dennis Hopper as sailor on shore leave, who becomes fascinated by a woman posing as a mermaid in an oceanfront carnival. As their relationship blossoms, Johnny realises that Mora is more than a sideshow illusionist.

MUBI continues its partnership with Nicolas Winding Refn’s new streaming platform, dedicated to reviving old curious and forgotten genre flicks. In this case, it’s Jose Prieto’s 1967 Shanty Tramp, which sees a small-town Southern prostitute have to decide between her lust for a Black man and her meal-ticket, the sleazy revival-tent preacher who’s just rolled into town. 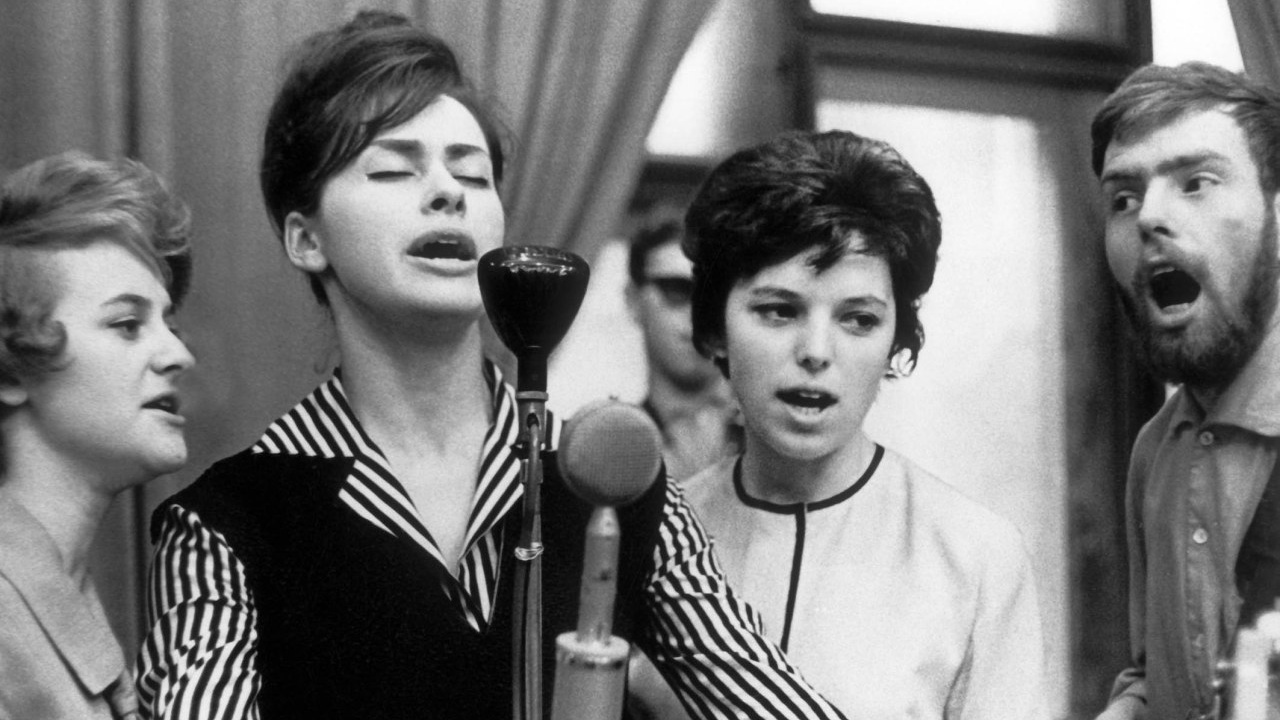 In this spectacular adaptation of Faulkner’s Pylon, Roger Shumann is a disillusioned WWI ace seeking out a living as a barnstorming pilot/parachutist during the early 30s. New Orleans newspaperman Burke Devlin meets Shumann at a two-bit carnival and becomes fascinated with his fall from grace.

Douglas Sirk: A Time to Love and a Time to Die

Based on a novel by Erich Maria Remarque after the success of All Quiet on the Western Front‘s film adaptation, Sirk’s penultimate Hollywood picture follows a German soldier on furlough who finds fleeting love amid the rubble-strewn remains of his hometown. A haunting, existential romance.

The Nothing Factory
Available until end of: 19th May

This Is The End
Available until end of: 20th May

The Fall
Available until end of: 21st May

Written on the Wind
Available until end of: 22nd May

Audition
Available until end of: 23rd May

A Blonde in Love
Available until end of: 24th May

Orly
Available until end of: 25th May

The Squid and the Whale
Available until end of: 26th May

Husbands and Wives
Available until end of: 27th May

Royal Wedding TV Guide: Where to watch Harry and Meghan live and on catch-up 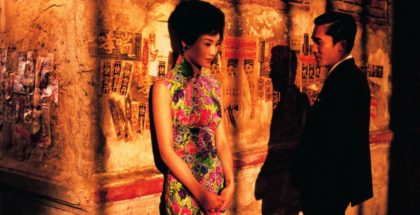