What's coming soon to BFI Player in October 2021? | Where to watch online in UK | How to stream legally | When it is available on digital | VODzilla.co

October means one thing for BFI fans: the London Film Festival. This year’s festival will take place in cinemas and online, with BFI Player the digital hub for every film streaming. (You can see our guide to the festival and how it works here.)

But there’s more to BFI Player than just the London Film Festival, with the gateway to global film offering a collection of arthouse and world cinema to subscribers, alongside its pay-per-view rental releases and free archive titles and silent movie shorts.

MLK/FBI is the first film to uncover the extent of the FBI’s surveillance and harassment of Dr. Martin Luther King, Jr. Based on newly discovered and declassified files, utilizing a trove of documents obtained through the Freedom of Information Act and unsealed by the National Archives, as well as revelatory restored footage, the documentary explores the government’s history of targeting Black activists, and the contested meaning behind some of our most cherished ideals.

Often misunderstood, Malcolm X was one of the leading forces of the United States’ Civil Rights Movement. He inspired many – and frightened many – but is destined to be remembered as one of the greatest men of his era. This riveting biography directed by Spike Lee and starring Denzel Washington in an Academy Award-nominated performance reveals the man at the centre of a storm of change.

Julie Dash’s groundbreaking work remains urgent and poetic and continues to resonate, inspiring Beyoncé’s Lemonade in 2016. It follows a multi-generational family in the Gullah community on the Sea Islands off South Carolina – former West African slaves who adopted many of their ancestors’ Yoruba traditions – as they struggle to maintain their cultural heritage and folklore.

Nobody noticed when Joyce Vincent died in her bedsit above a shopping mall in North London in 2003. Her body wasn’t discovered for three years, surrounded by Christmas presents she had been wrapping, and with the TV still on. Newspaper reports offered few details of her life– not even a photograph. Interweaving interviews with imagined scenes from Joyce’s life, Dreams of a Life is an imaginative, powerful, multi-layered quest, and is not only a portrait of Joyce but a portrait of London in the eighties – the City, music, and race.

For over 30 years, Marion Stokes obsessively and privately recorded American television news twenty-four hours a day. A civil rights-era radical who became fabulously wealthy and reclusive later in life, her obsession started with the Iranian Hostage Crisis in 1979 – at the dawn of the twenty-four hour news cycle.

When Nina Dorn (Barbara Sukowa) met Madeleine Girard (Martine Chevalier) on holiday in Rome, they became instantly inseparable. Decades later, they still are, secretly sharing their lives and the landing between their two apartments. After more than twenty years of loving in the shadows Madeleine promises Nina she will tell her family about their life together. Though certain of her love for Nina, Madeleine struggles with the prospect of “coming out”. When an unexpected, life-altering event turns their world upside down, Madeleine’s daughter unwittingly begins to unravel their truth.

In Denis Villeneuve’s joyful debut feature, Simone falls asleep at the wheel and drives her car off the road. She walks away from the accident relatively unscathed, yet the event plunges her into an existential crisis that she attempts to solve by having a baby with her best friend, Philippe… who’s secretly in love with her.

Denis Villeneuve’s second feature, a dark comedy about a young woman unravelling after a hit-and-run accident, is bursting with ideas – most notably exploring his reccurring concerns with cyclical violence and women in crisis. It’s also Villeneuve at his most playful: the whole piece is narrated by a talking fish as it’s being butchered at a fishmonger’s table.

Jacek loves heavy metal, his girlfriend and his dog. His family, his small hometown, his fellow parishioners all see him as an amusing freak. Jacek works at the construction site for what is supposed to become the tallest statue of Jesus in the world. When a severe accident disfigures him completely, all eyes turn to him as he undergoes the first facial transplant in the country.

Through the eyes of its stray dogs wandering the streets of Istanbul, Stray explores what it means to live as a being without status or security. As they search for food and shelter, three dogs – Zeytin, Nazar, and Kartal – embark on inconspicuous journeys through Turkish society that allow us an unvarnished portrait of human life. Whether they lead us into decrepit ruins or bustling streets, the gaze of strays act as windows into the overlooked corners of society: women in loveless marriages, protesters without arms, refugees without sanctuary.

London based photographer Leke (Dudley O’Shaughnessy) has it all. He’s successful, has no responsibility and women fall at his feet. When a message from Senegal calls him to return ‘home’, he reluctantly leaves his carefree, hedonistic lifestyle behind.

Lisa Conroy (Regina Hall – The Hate U Give, Girl’s Trip) is the last person you’d expect to find in a highway-side ‘sports bar with curves’, but as general manager at Double Whammies, she’s come to love the place and its customers. An incurable den mother, she nurtures and protects her girls fiercely, but over the course of one trying day, her optimism is battered from every direction. Double Whammies sells a big, weird American fantasy, but what happens when reality pokes a bunch of holes in it?

Xin (Shangwei) is an undercover Chinese detective. When the criminals that he is investigating are arrested, he is mistakenly sent with them to a remote Cambodian prison. He quickly discovers that the warden (Pansringarm) has no intention of rehabilitating the prisoners, instead offering wealthy businessmen the ultimate hunting experience; human prey. Xin has no choice but to fight for his freedom in a brutal and sadistic game of hunter verses prey.

Four different stories narrate various problems faced by Cuban people due to political subjugation, and how foreigners contributed towards polluting the island with poverty and prostitution. BFI Player will screen the 1995 restoration of the film.

Treasures titles from the BFI National Archive: AROUND JAPAN WITH A MOVIE CAMERA – 6th to 17th October

Screening at the London Film Festival as part of the BFI’s blockbuster Japan season, AROUND JAPAN WITH A MOVIE CAMERA draws on the BFI National Archive’s collection of early films of Japan dating back to 1901. Intense interest in Japan by the West made it a favourite destination for filmmakers from the earliest days of film. This selection of 15 films from 1901 to 1913, newly restored by the BFI National Archive from original elements held within the collection takes us on a fascinating journey through late Meiji period Japan, offering audiences a rare chance to see how western filmmakers captured scenes of the landscapes and people of Japan. Many films have had their original colours returned in the digital restoration.

Treasures titles from the BFI National Archive: FROM THE CARIBBEAN TO WEST AFRICA: EDRIC CONNOR’S TRAVELOGUES – 6th to 17th October

A Caribbean cultural icon, Edric Connor (1913-1968) was a multi-faceted pioneer. Born in Trinidad, Connor migrated to the UK in 1944, carving out successful careers on stage and screen, and as a radio broadcaster, singer, film-maker and folklorist. In 1951 he helped to bring the Trinidad All Steel Percussion Orchestra (TASPO) to the Festival of Britain, and in 1955 he recorded the first Manchester United Football Club song “The Manchester United Calypso”. In 1958 Connor became the first Black actor to perform for the Royal Shakespeare Company in Stratford. He also set up his own talent agency representing Black singers, musicians, dancers and actors, as well as the UK’s first Black theatre group, the Negro Theatre Workshop. 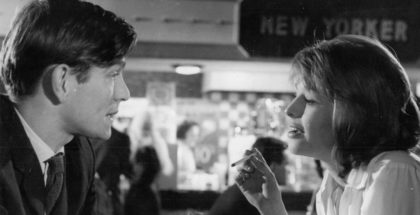 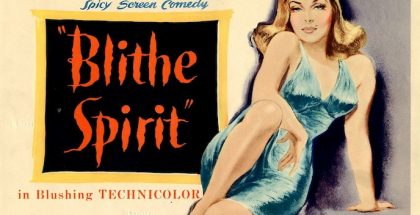