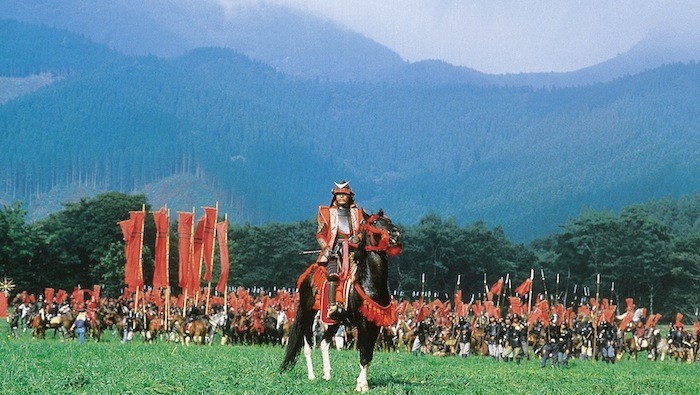 Every Friday, Mark Kermode highlights one of the collection’s titles with a video introduction. This week, it’s Kurosawa’s Ran.

“It’s how the world is made. Men prefer sorrow over joy. Suffering over peace.” A study of mankind’s ability to wage war with itself, Kurosawa’s epic adaptation of King Lear takes Shakespeare’s family drama and blows it up to an almost impossibly big scale. At its heart, the simple foolishness of one dad’s inability to see the impending chaos around him. Three arrows bundled together cannot be broken, he teaches them – but, as one son proves, they can. All it takes is a bit of brute force. This is ambitious, audacious and breathtaking cinema. Read our full review.

What else is new? Here are the latest titles on BFI Player+ this week, as the subscription service embarks on a wide-ranging Fassbinder retrospective:

For Queen and Country

Denzel Washington stars as a British paratrooper who returns to the London council estate of his youth, only to find his wartime service counts for nothing.

Dark drama about the doomed relationship of two down-and-outers living in the squalid East End of London in the early 1970s.

James Franco’s revisit of William Friedkin’s thriller delves into the 40 minutes Friedkin cut from his original – minutes that effectively amounted to extremely graphic footage of hardcore acts – and emerges as a quasi-documentary exploring the boundary between art and (ahem) adult movies.

Land of Silence and Darkness

One of Werner Herzog’s most profound films, this 1971 documentary explores the experience of a community of deaf-blind people.

Werner Herzog’s 1972 masterpiece stars the inimitable Klaus Kinski as a power-crazed explorer in 16th century South America, who leads a band of conquistadors through the Amazon in search of El Dorado. The result is a mesmerising descent into existential darkness. Once you’ve watched it, you won’t forget it.

Jean-Luc Godard’s caustic look at compromised creativity in the filmmaking world has superb images, music and acting from Piccoli, Bardot and Palance.

Fassbinder’s international breakthrough, this powerful drama tales inspiration from Douglas Sirk to follow an almost accidental romance between an ageing German woman and a Moroccan migrant worker more than 20 years her younger – and their bond, which crosses boundaries of race and age, sends shocking ripples through the society around them. The unconventional love story combines lucid social analysis with real emotional power.