Catch up TV reviews: Churchill's Secret, Raised by Wolves, The X-Files | Where to watch online in UK | How to stream legally | When it is available on digital | VODzilla.co

Michael Gambon as Winston Churchill sits alongside Jamie Foxx as Ray Charles and Daniel Day-Lewis as Abraham Lincoln in the halls of dream casting decisions – so it’s great that ITV have come up with a drama to make it happen. It’s just a shame that the drama they’ve produced is so forgettable.

Based on Jonathan Smith’s recently published book, The Churchill Secret: KBO, the two-hour movie portrays the summer months of 1953, when Churchill had a stroke in his 70s, which was, as the title suggests, kept hidden from the public. Gambon is magnificent, supported by a host of equally good actors, from Lindsay Duncan as his long-suffering wife, Clemmie, to (best of all) Matthew Macfadyen unafraid to be as repulsive as possible as rude son Randolph. Amid the family drama and political tension, Romola Garai shines as young nurse Millie Appleyard, assigned to take care of Winston, but none of what happens is actually gripping or endearing – perhaps because the romance that emerges between Millie and her patient is completely invented. Casting someone perfect is one thing, but you’ve got to come up with something compelling for them to do. To their credit, the cast admirably keep buggering on.

Raised by Wolves – All 4

Caitlin Moran’s sitcom returns for a second season and delivers much more of the same. Written with her sister, Caroline, and based on their childhood in Wolverhampton, the working class growing pains of young Germaine (Helen Monks), Aretha (Alexa Davies) and Yoko (Molly Risker) fly past in a barrage of witty dialogue. The pop culture-referencing script tries far too hard to sound cool and quotable – “Are you questioning my austerity policies?” demands Rebekah Staton’s mother. “Are you Corbyn-ing me?” – while scenes involving grandpa crashing in a closet are straight out of the TV comedy playbook. But if nobody would really talk to each other like that in real life, there’s a sincerity to be found in the unglamorous low-budget family life (they decorate granddad’s cupboard with “the poor man’s IKEA” – a skip) and the young cast, led by an excellent Helen Monks, yell things like “I’m part of the digital generation!” with a believable sense of entitlement.

After last week’s encounter with the Were-Monster, this week’s The X-Files swings from light humour to heavy drama – a transformation that doesn’t always bring out the show’s best side. Chris Carter’s sci-fi has always benefited from that ability to flip-flop between tones, one minute witty and silly, the next terrifying and creepy. It’s fitting, then, that after Darin Morgan returned for Episode 3, Episode 4 should be penned by Glen Morgan, the man who gave us Season 1’s Squeeze, the series’ first truly scary monster. That continued trend of bringing back old writers, though, only highlights the dated feel of much of this reboot; if you were told that these episodes were written 20 years ago, you’d probably believe it. The monster-of-the-week unfolds with an intriguing and classy air, thanks to David Duchovny’s deadpan skepticism, while Gillian Anderson elevates a subplot involving her mother to emotional heights, but the mixing of supernatural and sentiment isn’t as smooth as it needs to be to make this reboot feel like more than a rehash of old territory.

Photo: © 2016 Fox and its related entities. All rights reserved 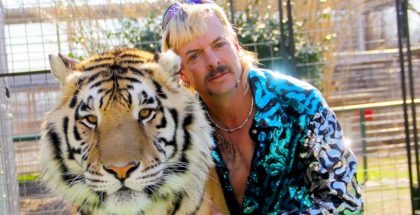 Classic Doctor Who on BritBox: The many resolutions of the Daleks... December 21, 2020 | Mark Harrison