Netflix UK TV review: Cobra Kai Season 1 | Where to watch online in UK | How to stream legally | When it is available on digital | VODzilla.co 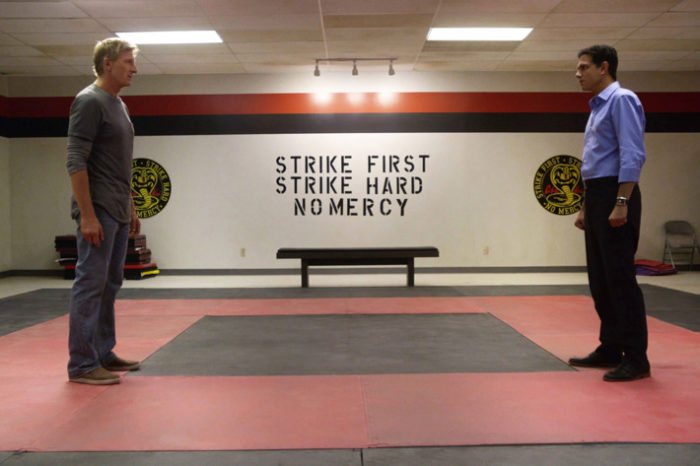 This endearingly nostalgic, if occasionally uneven, follow-up to The Karate Kid delivers an entertaining punch.

This review was originally published in May 2018.

“I’m gonna teach you the style of fighting your pansy ass generation desperately needs.” That’s the world’s worst pupil graduating to become an even worse teacher in Cobra Kai, the sequel to The Karate Kid that nobody saw coming. A YouTube Red programme, the idea of catching up with Johnny Lawrence (William Zabka) and Daniel LaRusso (Ralph Macchio) three decades after the seminal sports flick might sound like a neat idea for a sketch, but Cobra Kai is a full-blown 10-part series. The fact it pulls that off is testament to how well its creators understand and share in the nostalgia people have for the original.

Nostalgia is the flavour of the moment, with streaming services repeatedly mining old franchises, from screens big and small, for reboots and revivals. Writers Josh Heald (Hot Tub Time Machine), Jon Hurwitz and Hayden Schlossberg (Harold and Kumar) have a respect for the source material that borders on reverence, cutting their scenes with footage from the 1984 classic, as our antagonists repeatedly look back on those formative events. Mr. Miyagi is mentioned more than once, and we open with that movie’s climactic All-Valley Championship, which saw Daniel deliver the fateful kick that knocked Johnny out of the tournament.

It was a victory that made the two mortal enemies, and one that continues to shape who they are. Daniel is now a family man, with a successful local car dealership that unashamedly uses his fame to flog its vehicles, from adverts that see LaRusso “chopping” down prices to a loyalty scheme that gives each customer a free bonsai tree. Johnny, on the other hand, is exactly what you’d expect the 80s teen to grow into: a loser who drives an old Pontiac Firebird, insults everyone he meets, listens to old music and drinks while sitting in car parks. It’s there that he sees Miguel (Xolo Maridueña) being beaten up, and he decides to step in – a fight that’s less a man standing up for the underdog, and more an adult assaulting some teenagers.

Johnny is both the series’ strongest and weakest asset. While the opening episodes jump between Lawrence and LaRusso to show us their lives since the 80s, it quickly becomes clear that Johnny is our primary focus, and, as a result, defines the show’s fish-out-of-water attitude to both the past and present. The problem is that the series can’t quite decide where to draw the line between them, or how knowing or forgiving it should be. In 2018, Lawrence remains a bully, barking instructions and demanding no mercy from his student. He’s sexist, he’s unsympathetic, and he’s self-serving, all qualities you might expect to lead to some form of redemption, but the show never commits to it. Johnny becomes slightly more respectful towards his students, and learns to appreciate their value and happiness as well as his own, but never overcomes his caveman views. Miguel and others call him out over his outdated perspective, playing it for laughs, but with no sign of character development as a result, it becomes an occasionally unsatisfying cycle.

It’s unsatisfying because the show comes close to some pertinent observations on masculinity and nostalgia, on the harmful way that the macho culture of the 80s can linger and groom boys to become undesirable men. Johnny has hints of homophobia and misogyny in his behaviour, and effectively condones violence as a way to solve problems – hardly a role model to celebrate. Indeed, flashbacks to Johnny’s relationship with Allie in The Karate Kid highlight how his memories aren’t always accurate, just as the series comments on the dangers of living solely in the past – nostalgia is a force for good and bad, it seems to say. But ultimately, it ends up taking a positive, warmer stance towards Johnny, and everything he stands for, creating an uneven tone that sometimes niggles.

That this doesn’t derail the series, though, is credit to William Zabka, whose performance is superb. He’s amusingly childish and believably petty – “You can leave your asthma and your peanut allergies and all that other made-up bullshit outside,” he barks at Miguel – and he can do some decent karate moves to boot. He’s matched toe-to-toe by Macchio, whose LaRusso is happier and more adjusted to the present, and yet can’t shake off the memories of his youth either. His relationship with his rebellious daughter, Samantha (Mary Mouser), casts him in an interesting new light, as he tries to take on a Miyagi-like role in both her life and in the life of his own pad-wan, Robby (Tanner Buchanan).

Wax-on-and-wax-off montages ensue, and there’s a nice line in father-son relationships and loyalties that backs up the juxtaposed tutelage of these opponents with a surprising amount of emotional weight. And, of course, there’s the affection that the cast and crew clearly have for the original movie, relishing the chance to both embrace and send up familiar scenes and dialogue. How this all will play with those who don’t know the movie is harder to say, although it has already been renewed for a second season, which suggests it’s found its audience – or that YouTube is consciously pushing to bring its average YouTube Red age up. With both Buchanan and Maridueña bringing real charisma to the cast’s younger half, though, and spot-on pacing that builds up to – you guessed it – a karate tournament, Cobra Kai rolls out the mat for the next generation of a franchise that still delivers an entertaining punch.

Cobra Kai: Season 1 and 2 is available on Netflix UK, as part of an £9.99 monthly subscription. 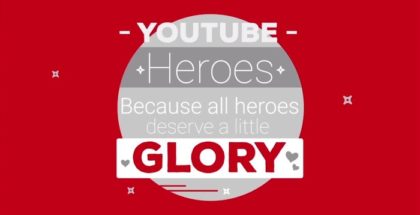 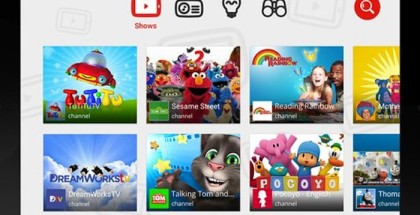 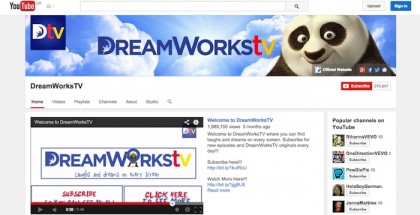 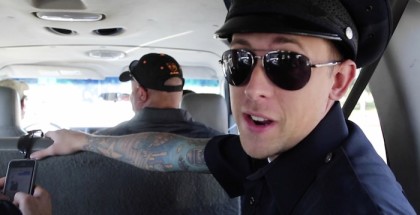