Why La Mante should be your next box set on Netflix UK | VODzilla.co | Where to watch online in UK

Struggling to fill that Mindhunter-shaped hole in your life? Still smarting after the cancellation of Hannibal? Already binge-watched Spiral Season 6? If the answer to any of those questions is yes, then French serial killer thriller La Mante has your name written all over it.

Here are seven reasons why it should be your next box set on Netflix UK.

1. It has an irresistible set-up 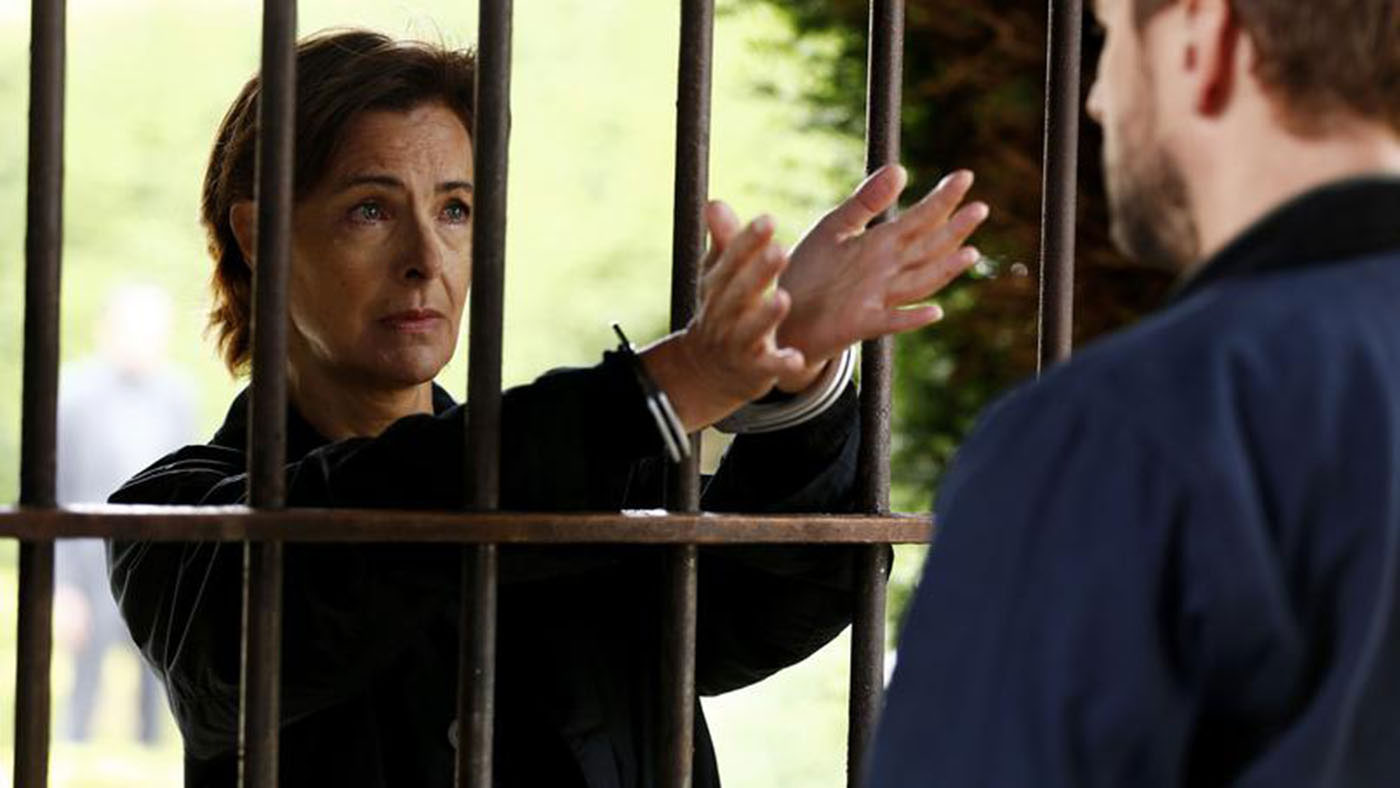 Bouquet is enormous fun as Jeanne, a character so devious that, at one point, you seriously wonder if she’s orchestrated the entire string of copycat murders just so she can spend time with her son. It’s a gift of a part and Bouquet is a joy to watch, playing every scene with a blank expression that’s the facial equivalent of a Gallic shrug and always appearing to be one step ahead of everyone else. However, the genius of Bouquet’s performance lies in everything that’s going on under the surface – for a character apparently devoid of emotion, the audience connection is surprisingly intense.

The opening episode begins with a decapitated corpse in a saw mill (with even the attending cops suppressing the urge to vomit), which pretty much announces the show’s intentions right from the get-go. Without giving too much away, the show has a series of gruesomely inventive murders that are sure to provoke nightmares. Put it this way – you’ll never look at a washing machine the same way again. Even Stephen King was impressed.

4. It has an entire school of red herrings

If it feels like La Mante goes above and beyond in its pursuit of a disturbing visual, that’s nothing compared to its gleefully bonkers approach to mystery plotting. It’s the sort of show where every new character is immediately suspicious, to the point where you’ll be shouting “It’s him! It has to be him!” at the screen, only for the script to pull the rug from under you in the most enjoyable way possible. And this happens in every episode.

It’s taken a few years, but a detective show has finally given us an iconic item of clothing to rival Sarah Lund’s chunky knitwear in The Killing. The French prison system is pretty laid back, by all accounts, because Jeanne is never seen without her fabulous black coat, whether she’s behind bars or lounging about in the mansion-like safe house she wangles herself while the investigation is ongoing. It’s such a striking coat that it’s practically a character in itself and you’re constantly worrying that something nasty might happen to it. At any rate, it ensures La Mante’s place on the Best Dressed Serial Killers list, right below Hannibal.

Admittedly, some of the subtitling on La Mante isn’t quite what it should be. The trick is to see it as a series of little language puzzles, working out that when the subtitles read “We ignored the motive”, they actually mean “We don’t know the motive.” On the other hand, the subtitles also mean that every time Damien introduces himself as Captain Carrot, you end up roaring with laughter as it pops up on the screen in front of you. So, swings and roundabouts.

Unlike certain other shows that drag on far too long (looking at you, every single Marvel Netflix show), La Mante knows that you don’t need multiple episodes to tell a compelling, satisfying story. The show may only be six episodes long, but it manages to pack more action into those six hours than most shows manage in twice that length. And, needless to say, it lends itself extremely well to binge-watching.

La Mante is available on Netflix UK, as part of an £8.99 monthly subscription.