Walter Presents TV review: The Score | Where to watch online in UK | How to stream legally | When it is available on digital | VODzilla.co

This likeable tale of sport and sibling rivalry is an entertaining, if undemanding, watch.

With the Women’s World Cup concluding this weekend, there’s no better time for Walter Presents to launch its latest box set, the Dutch footballing drama, The Score.

The series follows two brothers, who lives are torn apart by the beautiful game. In other words, it’s an age-old family saga of greed and ambition, that just happens to have some football in it. It’s testament to the show that it keeps the focus that way round; there’s always a risk with footballing shows or movies that the on-the-pitch action disappoints or looks unconvincing.

Our brothers in question are Alan (Joren Seldeslachts) and Dennis (Oscar Willems) Moerman, who both have a passion for kicking a ball around a field. So when a talent scout arrives for Alan, the older of the pair, he’s overjoyed to get his shot at a premiership team. The only problem? It’s actually Dennis they wanted, and so the stage is set for a drawn-out falling-out, as Dennis sees his star begin to rise, and Alan looks on, embarrassed and envious.

The mix-up comes from their dad, Leo (Kris Cruppens), who acts as both of their managers. Much of the drama comes from his two sons realising the extent to which their lives are about to change: while Dennis is jostling for a place at even bigger places than top-flight Belgian team K.A.A. Gent, Alan is busy emptying his bladder on another man’s bonsai tree. Oscar Willems is compelling as a man sinking into a cycle of petty crime and bitterness, while Joren Seldeslachts is likeable as the brother who comes to value loyalty as much as fame.

The fun, though, comes from the supporting turns: Marc Lauwrys (whom you may recognise from Code 37, also on Walter Presents) is visibly enjoying himself as a slimy talent scout, while Cruppens is excellent as the father trying to do right by his boys, even though he doesn’t have the experience or knowledge to compete in the business arena. With a deal in place with K.A.A. Gent that gives them access to the club’s stadium adding a nice sheen of authenticity to the football that we do so, the result is an entertaining, if undemanding watch. The only own goal, as women’s football enjoys more respect and a bigger following, is that we’re watching a largely male-driven drama.

The Score: Season 1 and 2 is available on All 4’s Walter Presents to watch and download for free. 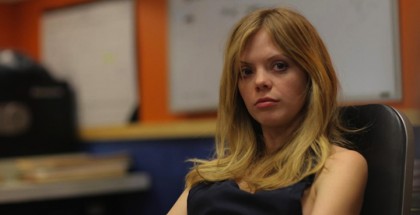