VOD UK TV review: The Walking Season 5, Episode 6 (Consumed) | Where to watch online in UK | How to stream legally | When it is available on digital | VODzilla.co

Consumed is the episode of The Walking Dead that many fans had hoped for, as finally Carol (Melissa McBride) and Daryl (Norman Reedus) get to share the screen together. Its focus is on character development, rather than mindless zombie violence, so if you’re after the latter, you may be disappointed, as there is only one visceral kill of note.

It’s our third complete week away from Rick and it’s beginning to tell. Rick has been the most fleshed out character of the show, he’s been in almost every episode and, as such, his absence is telling. It was clearly evident in Slabtown as Beth tried to lead the show, less so in Self Help which had more characters to carry the load, but again in Consumed, the Rick-shaped hole is evident, as very little happens in the first 20 minutes.

Not to say that Consumed is a bad episode: it’s stuffed full of character development for two of the more popular survivors. But walking through ruins and avoiding combat won’t appease those who tune in for the Zombie Kill of the Week. Instead, we are treated to an excavation of the brains of one of the living, as Carol struggles to deal with life in this new world.

Having changed the most dramatically over the course of the series, from frightened and abused wife to warrior protector, Carol has been through it all, yet still can’t find who she needs to be. Although on the outside she says she doesn’t, Carol desperately wants to talk about what she’s been through. She drops fairly large hints that she needs to vent her feelings and Daryl will always listen to her, but he never questions what she’s had to do and that is what appears to be eating away at Carol.

Daryl has also grown. Carol points out that before he was a boy and now he’s a man, one removed from his brother’s oppression. He’s now thinking of others rather than himself, none more clearly than his expedition to rescue Beth from the cars with the white cross. He has embraced his role as one of the group’s main protectors in the apocalypse, whereas Carol still searches for purpose. It’s easy to understand why – and quick flashbacks to Carol’s zombie past explain that for every action she has taken, there has been a consequence. Be it trying to stop the flu outbreak at the prison, which led to her banishment, or teaching Lizzie the result of mutilating her sister, Carol has always made the hard decisions, all while probably still dealing with the loss of her own daughter.

Having turned our heads in a fourth direction, the season so far does feel a little disjointed, especially as the timelines begin to jump back and forth over one another. There is no doubt about the need to focus on singular characters rather than the group dynamic but there needs to be an anchor that holds them all together and offer some cohesion. There are only two episodes left in this half of Season 5 and nothing has lived up to the blistering first episode yet, nor is there any threat to the group’s survival now that the cannibals have been taken care of. As Carol asks as she looks upon a ravaged city, “How did we get here?”

You can watch The Walking Dead Season 5 live online in the UK on NOW for £6.99 a month. The Entertainment Membership subscription gives you live and on-demand access to all of Sky’s pay TV channels, including Arrow Season 3 and The Flash on Sky 1 and The Knick on Sky Atlantic, no contract. Sky customers can watch on Sky Go and Sky On Demand. 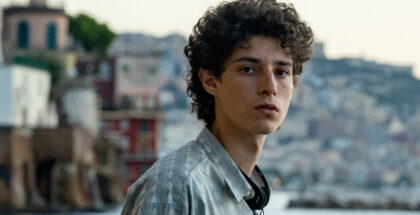