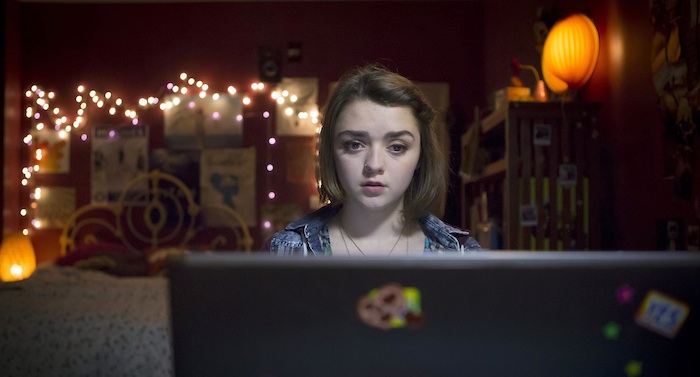 That’s Casey in Cyberbully, Channel 4’s one-off drama about the perils of the Internet. The title alone puts in you mind of a cheesy cautionary tale, the kind of adult-penned melodrama that wags its finger without ever quite connecting with its subject matter: Chatroom 2.0.

Channel 4’s classification of the one-hour programme as a documentary, though, is a sign of just how realistic it is. 69 per cent of young people in the UK have experienced some form of cyber bullying and this screenplay is “inspired by dozens of real-life cases”. That inspiration starts with the basic set-up (a teenage girl is tormented by an anonymous hacker via her bedroom laptop) but goes all the way down to the tiny details, from the ease with which one can troll a stranger online to – crucially – the words spoken and written by the savvy web users.

We open with Casey Skyping her friend Megan, who reveals that her ex, Nathan, has told everyone on Twitter that she’s on anti-depressants. Within moments, another person pops up, offering to help Casey hack Nathan and get revenge. Suddenly, she has access to his Twitter account and tweets about his tiny penis. It’s the kind of thing that may bewilder someone above the age of 30, but what’s more shocking than the matter-of-fact reality of hacking is how private information can be so readily made public: playground rumours and classroom note-passing have become something bigger, inescapable, outside of school. And in the age of Photoshop, it doesn’t matter if pictures are genuine or not.

Director Ben Chanan plays with that disparity between online appearance and offline truth, as the story peels back layers of deceit to reveal the identity of the intruder. He chronicles everything in real-time, which gives an urgency to that process of discovery – and an immediacy to every act of humiliation.

Maisie Williams has long been an audience favourite in Game of Thrones, but she proves just how versatile and engaging an actress she is as Casey, shouldering the entire film for 60 minutes. She starts off as her always likeable self, dispatching sarcastic retorts with the indifference and arrogance of youth. But as the hour unfolds (the drama smartly never outstays its welcome), her desperation and fear become increasingly downbeat, as the prospect of suicide trolling rears its head.

That shift in tone, so perfectly judged by Williams, is balanced by the gentle presence of Haruka Abe as a singer, Jennifer, who is mocked mercilessly by the web for being out of tune. It’s here, in the readiness of people to put down others’ creativity or positivity, that Cyberbully’s mouse clicks really resonate.

What starts out as a cautionary tale becomes a sad account of what using the web is like for teenagers – and others – today. There’s no talking down or shallow generalisation; just a chilling story told with computer-like precision that leaves you rushing to delete your Facebook and Twitter accounts.

Cyberbully is available to watch online for free on All 4, and on pay-per-view VOD services.