It’s been years since we saw a small boy get separated from his mum at a Nazi concentration camp in 1944 and twist the metal gates apart out of good old, healthy rage. Now we’re revisiting that cheerful moment, shot for shot. It’s a bold move for a prequel to Bryan Singer’s X-Men movies, to claim equal footing in the wake of Brett Ratner’s Last Stand, but X-Men: First Class is certainly bold. And cool to boot.

A quick jump across to 1960s Oxford and we meet the charming Charles Xavier (McAvoy), a mind-reader who mostly uses his gift in bars. On girls. Groovy. Accompanied by his adopted shape-shifting sister, Raven (Lawrence), the genetics genius is approached by the CIA’s Moira McTaggert (Byrne), who comes across some nasty mutants plotting to heat up the Cold War.

While Bacon goes all Bond villain planning WWIII, Charles and Erik cross paths, teaming up to recruit an army of young mutants. Trained up by the budding academic, these insecure kids form the beginning of Professor Xavier’s School for Gifted Youngsters. The surprising part? They’re all fantastic.

And boy, does Vaughn know how to shoot action. Supported by some excellent CGI – the non-action VFX are… less excellent – his mutant showdowns are thrilling stuff, given a dynamic sheen by the chic production design. Even the formulaic training montage in the middle has an unabashed 60s vibe thanks to the stylish split-screen editing – the likes of which haven’t been seen in a comic strip movie since Ang Lee’s Hulk.

From sleazy nightclubs to the proverbial War Room, Vaughn nails the period setting, even indulging himself in some skimpy female clothing (at one point, Rose Byrne questionably has to strip off just to blend in). The director uses the Cuban Missile Crisis to give events a political tension, which, much like Singer’s previous thematic subtexts, plays off well against Charles and Erik’s uneasy truce.

One of cinema’s sexiest on-off couples, Professor X and Magneto get just enough time to establish the central moral debate of the series without skimping on the entertainment. McAvoy is easygoing and amusing, while Fassbender gives a landmine of a performance that screams 007 at anybody watching – even when his accent slips.

There are the odd clunky lines of dialogue (and an inevitable “I can’t feel my legs!” moment) but the on-rails pace just manages to squeeze the predetermined story arc into an epic 140 minutes. The villainous sidekicks are largely superfluous (January Jones is there solely for lingerie purposes) but the home team are well-rounded enough to keep you engaged. Jennifer Lawrence’s Mystique, in particular, almost steals the show from Charles and Erik. Not least because she spends most of her time as Jennifer Lawrence. 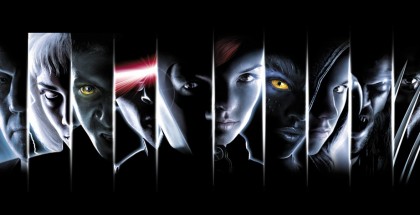