VOD film review: The Pyramid Texts | VODzilla.co | Where to watch online in UK | How to stream 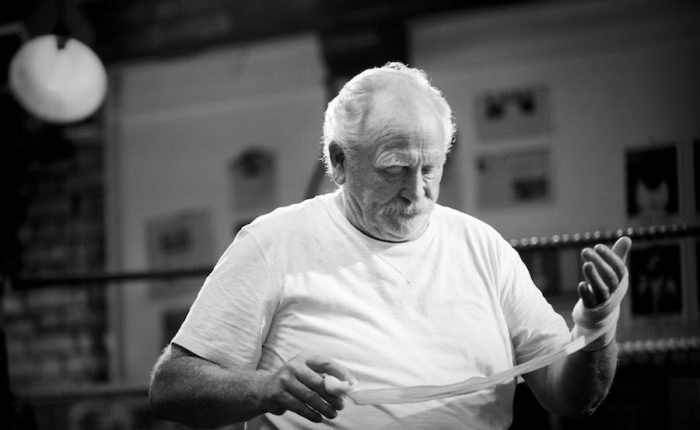 The single-character monologue is not alien to the world of theatre, but it’s a comparatively rarer beast when it comes to the realms of film and TV. When directors or showrunners experiment with the form, it often yields interesting experiments, at the very least – see the acclaimed 2008 episode of Eastenders that acted as a single-hander for fan favourite character Dot Cotton, with actor June Brown delivering a monologue to a tape recorder, or The Fear of 13.

A tape recorder is also present for perhaps the most famous film example, Robert Altman’s Secret Honor, in which a fictionalised Richard Nixon (Philip Baker Hall) delivers a solitary, stream-of-consciousness reflection on his political career and life. In The Pyramid Texts, a new entry in this small sub-genre, a video camera serves as the device capturing the various confessions and musings of the solitary character.

The debut feature from directing duo The Shammasian Brothers, the duo work from a screenplay by Geoff Thompson that has previously had a stage incarnation. They use the possibilities of cinema to expand the text in a few ways, most notably through the use of evocative black-and-white cinematography and occasional flashbacks to a non-speaking actor (showcasing a character who is not the monologuing protagonist, but the person they are speaking of). Additionally, a detour into magical realism comes with some imagery in the finale, although its exact nature is best left unspoiled. (On that note, if you’re not aware of the historical origin of the film’s title, it’s best not to go looking it up before watching.)

At the centre of the film is James Cosmo as Ray, a boxing trainer who’s come to a gym to record a lengthy message for his estranged son. Delivering recollections of his life, regrets, loves and lessons, Ray self-flays in the desperate hope that it’s not too late to make amends; to say sorry for not saying what he should have, and to apologise for paths he may have played a part in establishing.

The single-hander format is a daring one, and the fact is that if the lead actor can’t engage a viewer from the start, yet alone sustain that momentum and believability throughout, then the whole operation can sink with ease. This is thankfully not the case with Cosmo: the Scottish character actor – best known to general audiences for Game of Thrones, the Trainspotting films and Braveheart – relishes a rare lead role, baring his soul and infusing heartbreaking little details into his inflections and physical gestures. It may well be the definitive performance of his career – unless he gets brought back as Father Christmas for another Narnia movie, obviously.

The Pyramid Texts is available to watch online on Amazon Prime Video as part of a Prime membership or a £5.99 monthly subscription.

Where can I buy or rent The Pyramid Texts online in the UK?