VOD film review: The Pearl Button | Where to watch online in UK | How to stream legally | When it is available on digital | VODzilla.co

This beautiful documentary may not always hold water, but it's as thought-provoking as it is poetic.

“If water has memory, it will remember this,” says one contributor to The Pearl Button. Patricio Guzman’s follow up to Nostalgia for the Light aims to do for water what that documentary did for astronomy – namely, contextualise it within a country that only recently was still recovering from the impact of Pinochet’s brutal dictatorship.

Water, the director argues, is just as much an integral part of Chile’s identity: years ago, thousands of people in several hundred canoes would travel the Tierra del Fuego archipelago in the south west. It provided food and transport, defining and shaping the way the indigenous population lived. The arrival of European settlers capsized that culture, a process that Guzman parallels with the political killings of Pinochet.

If it sounds like a stretch, that’s because it sometimes is, but the director makes his argument beautifully, it not always wholly convincingly. He builds up to his point slowly, focusing on descendants of the original Yaghan and other tribes, as they swap words for different objects and talk of their history. The language may change, Guzman suggests, but water remains a central part of their existence, a fact that gives it a sort of memory.

He illustrates the timeless nature of the environment with some stunning landscape footage and that blend of gentle voiceover and icy spectacle makes for poetic viewing. Shots of the moon and reflections are just as breathtaking, adding to the meditative mood.

That peaceful admiration is contrasted to horrifying effect with accounts of how Pinochet used the water for his own ends. We hear, in detail, how Marta Ugarte of the Central Committee of the Communist Party was tied to a metal railway bar to drown – a tale recounted with the bar always on screen, emphasising the cruelty of the act.

It’s an interesting interpretation of events, turning Pinochet’s killings into a perversion of Chile’s natural resources – and almost positioning the discovery of Marta’s body (which was washed ashore) as nature pushing back. As Guzman reaches for something more lyrical in his final act, though, that fascinating wave of associations breaks slightly; “All things converse with all things,” another talking head observes, the kind of truism that almost feels self-defeating amid such intelligent filmmaking. A diversion into reincarnation and space also dilutes the strength of the ideas that have come before.

Nonetheless, The Pearl Button is a smart, thought-provoking documentary. Let its current wash over you and, while it may not always sweep you away, you’ll find a film that you will remember for several days. 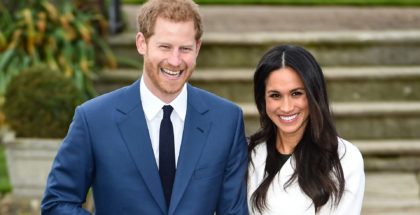