Netflix UK film review: The Nightingale | Where to watch online in UK | How to stream legally | When it is available on digital | VODzilla.co 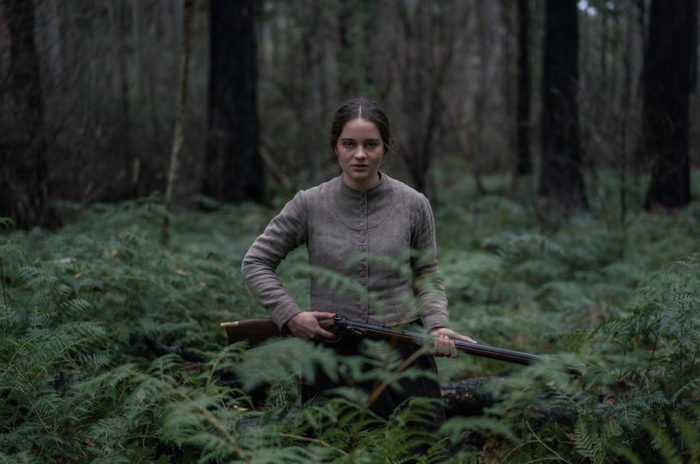 The Nightingale is one of the most unpleasant, harrowing cinema experiences you will likely ever have. That’s not only intentional, but arguably also essential.

Jennifer Kent’s follow-up to The Babadook takes place in 1825 Tasmania and follows a young Irish convict, Clare (Franciosi), who is being detained in the island penal colony with her husband. Their already uncomfortable life together, though, is disrupted horrifically by Hawkins, a military officer, leaving Clare with a burning, unstoppable drive for vengeance.

It’s the kind of premise that sounds like the basis of a questionable 1970s flick, but The Nightingale is decidedly more than that and consciously avoids the tropes, shortcomings and outdated attitudes of the genre. The violence in it is questionable, but the questions are aimed solely at the colonial forces and the attitudes they perpetuated.

Sam Claflin provides an impeccably foul presence as Hawkins, the officer who treats Clare, and every other form of life he encounters, as entirely disposable and inconsequential. He could have been a one-note psychopath, but Claflin, and Kent’s screenplay, invests him with something more obscene, and more disturbing: an all-too-recognisable feeling of entitlement. That colonial viewpoint extends from his career, in which he sees himself automatically ascending the ranks of power, to Clare, her husband and her child. He’s a cold machine of indifference, someone who can’t stand “all the noise” of a purportedly uncivilised place, someone who’s bored, arrogant and inherently racist – he’s a monstrous figure made from the pages of history, and Claflin and Kent make sure that figure as seen in its full, unflinching ugliness.

The opening 20 minutes alone are sickening, as we see the effects of Hawkins’ mindset and behaviour. One confrontation involving a bedroom wall might well be one of the most upsetting things ever put on celluloid, but Kent’s direction takes care not to exploit any of the atrocities we witness – the rape that occurs in one scene is determinedly shown from Clare’s perspective, and Kent ensures that there is no embellishment or glamorisation. Every single death that occurs feels as brutal as it is pointless – an endless toll of callous white superiority.

Franciosi is remarkable as Clare, channelling all these unthinkable ordeals into a portrait of unbridled anger and sadness; every twitch of her face, which Kent frequently shows in close-up, speaks volumes. From the moment her forced facade of politeness snaps, the morning after Hawkins’ assault, her actions are shown to be not only necessary but inevitable.

As she sets off across the Tasmanian territory to track down Hawkins, she’s joined by Aboriginal guide Billy (Baykali Ganambarr). Refusing to help Hawkins but sensing a solidarity in Clare’s understanding of abuse and exploitation, they make an interesting partnership; over the course of the two-hour-plus runtime, Clare’s own attitudes towards Aboriginal people and culture grow and, while the pair begin to bond, their mutual respect isn’t a simple, easy arc.

Throughout, Kent keeps things claustrophobic by filming everything with a constricted aspect ratio. Accompanied by Jed Kurzel’s intense score, the result is a gruelling, but gripping anti-Western, one that’s fused with horror to form a tale of defiance, a chronicle of cruelty, an ode to the need for compassion and a song of identity that offers just enough humanity to get you through the transgressions of the past to look to the future. You won’t enjoy watching The Nightingale, but you may well be glad you did.

The Nightingale is available on Netflix UK, as part of an £9.99 monthly subscription.

Where can I buy or rent The Nightingale online in the UK?

BBC One serves up A Berry Royal Christmas

Which UK cinemas are showing The Two Popes? 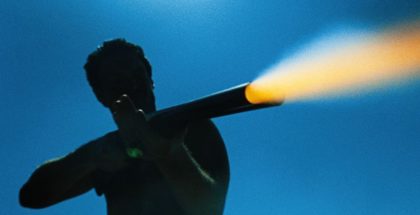 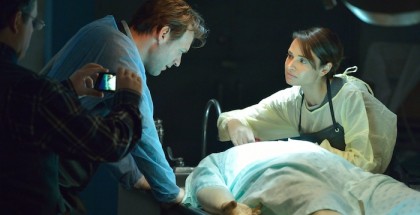 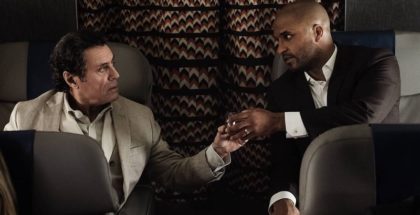