VOD film review: The Kid Detective | Where to watch online in UK | How to stream legally | When it is available on digital | VODzilla.co

Don’t be fooled by the title – The Kid Detective isn’t the family-friendly comedy the innocent-looking poster would have you believe. Indeed, there’s a dark undercurrent that’s closer to the world of David Lynch’s Blue Velvet than Harriet the Spy or Nancy Drew.

Written and directed by Evan Morgan (making his feature debut as director), the film stars Adam Brody as Abe Applebaum, a once-celebrated kid detective who used to take on neighbourhood cases from his treehouse office, until his failure to solve the disappearance of a local girl led to a fall from grace. Now 32, the perpetually downbeat Abe is still haunted by this unsolved case, but continues to work as a private eye, despite the open contempt of his small town.

However, when high school student Caroline (Sophie Nélisse) asks Abe to investigate the violent murder of her boyfriend, he senses a chance at redemption and grabs his first grown-up case with both hands. But as the pair dig deeper into the reality behind Caroline’s case, they discover an increasingly dark undercurrent beneath the surface of their picture-perfect town.

Morgan’s delicious script is thrillingly alive to the pleasures of the detective genre, delivering plenty of twists and turns alongside tried-and-tested private eye moments (questioning dodgy witnesses, deciphering clues, getting knocked out, that sort of thing). Consequently, the film functions as both an old-school mystery thriller (complete with a warm rush of nostalgia) and a darker emotional drama about the failure to live up to your potential.

The direction is extremely impressive, especially for a debut feature. Morgan strikes a note-perfect tone throughout, including wry moments of humour, while suffusing the film with a powerful sense of melancholy.

The casting of Brody is inspired, given the promise of his immensely popular breakthrough stint on The OC when younger. Brody responds with a dynamite performance, smartly underplaying it rather than resorting to the wise-cracking persona we’re constantly expecting.

Nélisse is equally good, delivering a captivating performance that will surely lead to bigger and better things. Her almost sibling-like chemistry with Brody is surprisingly touching, suggesting that each character is providing exactly what the other needs. There’s also strong support from Sarah Sutherland (as Brody’s barely bothered goth secretary), while Wendy Crewson and Jonathan Whittaker are good value as Abe’s still supportive parents, who nonetheless also wonder out loud whether maybe it isn’t time he gave up the whole detecting thing.

A hugely entertaining debut that marks out Morgan as a serious talent to watch, this is one of the best films you’ll see all year.

The Kid Detective is available on Sky Cinema. Don’t have Sky? You can also stream it on NOW, as part of an £11.99 NOW Cinema Membership subscription. For the latest Sky TV packages and prices, click the button below.

Where can I buy or rent The Kid Detective online in the UK?

Collaboration and curation: How Arrow is setting new targets for its streaming service 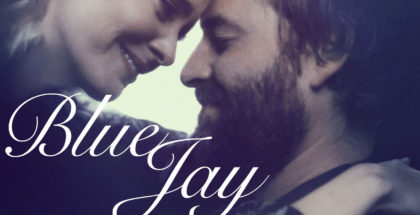 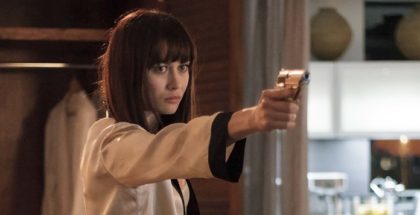