VOD film review: The Furies | VODzilla.co | Where to watch online in UK

This competently executed nightmare is a simple and effective horror that fuses social commentary with blood-curdling gore.

Tony D’Aquino’s feature film debut is a retro, high-concept horror flick, beginning with the introduction of best friends Kayla (Airlie Dodds) and Maddie (Ebony Vagulans), who are, after a seemingly innocuous spat, abducted by mysterious men. This is just the start of the peril they find themselves in.

Kayla comes to in a wooden box in the middle of nowhere. It’s somewhat reminiscent of the Oldboy but any similarities to that Korean masterpiece end here. A killing arena that pits numbered ‘Beauties’ against ‘Beasts’ shapes a twisted yet interesting narrative, which pairs each person with a murderer/protector. The only problem is no one knows who is aligned with whom and who can be trusted.

In this Hunger Games/Battle Royale-like environment, where half a dozen vulnerable women awake from their respective trunks, Kayla emerges as the resourceful one. It soon becomes clear they’re being closely monitored by external eyes and, of course, this intrigue sits alongside the movie’s clever psychology, as the threat factor increases.

The Furies is a simple and effective horror movie in the sense that seemingly normal women are thrown into an arena of carnage, for rich, perverse men to indulge in their sick, voyeuristic fantasies. And while writer/director D’Aquino uses a number of well-known tropes and imagery, The Furies feels unique in its own self-contained, blood-curdling bubble. It makes for an entertaining yet tense 80 minutes to see who, if indeed anyone, makes it out alive and, bizarrely, whether any of them forge a bond with their boogeyman protector.

This is a feature that comments on gender division and society’s misogynistic tendencies, as men control the fate of women. The script also ponders over the issue of class divide, taking heed from The Purge as the elite watch the unsavoury events play out in comfortable anonymity. Reminiscent of the reality television of today, which opts for ratings over anything else, things are merely cranked up a notch from an already toxic and exploitative environment to a more extreme version.

How quickly Kayla et al. can piece together what’s going on, potentially work as a team, and how to do so with their lives in tact is the big question. Uncomfortable, bloody, and consistently violent, the script blends senseless, grotesque horror with a sense of purpose and story.

The Furies is available on Shudder UK, as part of a £4.99 monthly subscription.

Where can I buy or rent The Furies online in the UK?

The October 2019 Watchlist: 23 highlights and UK TV air dates for this month 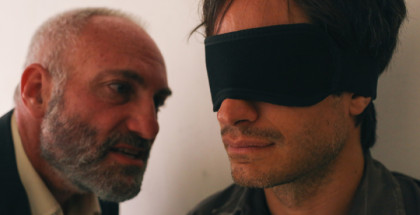