VOD film review: The Adam Project | Where to watch online in UK | How to stream legally | When it is available on digital | VODzilla.co

This knowing sci-fi adventure lacks the emotional heart to go with its self-aware humour.

Ryan Reynolds teams up with younger Ryan Reynolds in this calculated sci-fi adventure, which sees both Ryan Reynolds save the world, but more importantly learn to value themselves as Ryan Reynolds. If you’re growing tired of seeing Ryan Reynolds on your screen – he’s been in four live-action blockbusters in the past year alone – then The Adam Project will feel very familiar. If you can’t get enough Ryan Reynolds, you’ll still be underwhelmed by this uneven outing.

Reynolds plays Adam Reed, a pilot in 2050 who winds up going rogue and diving into a wormhole, which lands him in 2022. There, he finds himself face to face with his 12-year-old self (Walter Scobell), who lives with his mum (Jennifer Garner) and is grieving the loss of his dad (Mark Ruffalo) – a bloke who just happens to be a time-travel science whiz. When fighters from the future turn up to pursue him, Adam and Adam become an unlikely odd couple in trying to stop the fate of the universe from falling into the wrong hands.

Naturally, you don’t include Chekhov’s Mark Ruffalo in your cast without planning to use him, and so some timey-wimey shenanigans ensue that allow Adam, Adam and Adam’s dad to interact, leading to some heartfelt conversations about father-son bonding – and some sharp comments about his work/family priorities. Except the script (credited to Jonathan Tropper, TS Nowlin, Jennifer Flackett and Mark Levin) can’t quite decide who needs to grow as a person, which leaves the emotional arc at the heart of the story rather discombobulated.

Reynolds, of course, brings his sarcastic charisma to the table, and that goes some way to keeping things entertaining – even the opening titles (“time travel exists, you just don’t realise it yet”) adopt a similarly knowing tone that asks us to look past the plot’s gaps in logic (a crucial component of any time travel flick).

Shawn Levy, who helmed Reynolds in Free Guy, has enough pizazz to sell the action sequences, but it’s surface-level fun rather than anything substantial, and the film makes no secret of the fact that it really wants to be tugging at your heartstrings. That inconsistent tone (with all manner of throwaway jokes inappropriate for young viewers) means that everything lacks the effortless blend of spectacle and sentiment that powered, say, Back to the Future. And, while Reynolds gets the star billing, it’s the supporting cast that give The Adam Project its best qualities – from the perfectly cast Walker Scobell as the outspoken, earnest young Adam to the sweet, ruffled Ruffalo and underused Garner. When your film is wasting both Catherine Keener and Zoe Saldaña, though, you know some calculations have gone wrong somewhere. 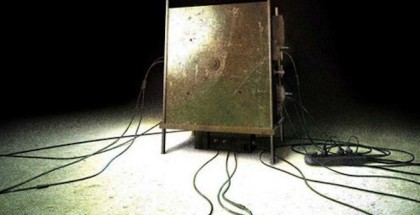