VOD film review: Shin Godzilla | Where to watch online in UK | How to stream legally | VODzilla.co 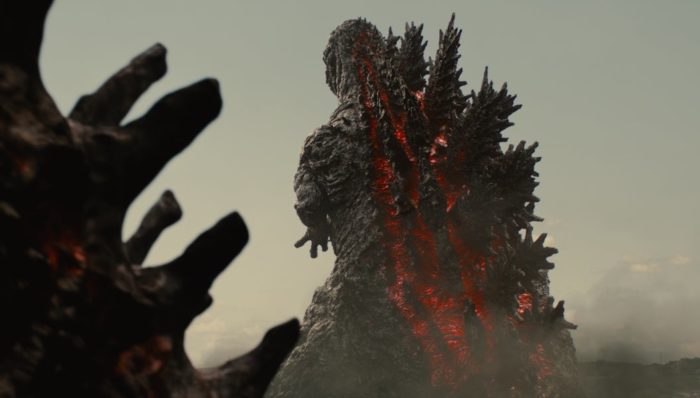 Bureaucracy is the real enemy in this uneven but entertaining Godzilla reboot, which swaps sheer terror for sharp satire.

Reboots are everywhere these days, from sitcoms and reality TV to even the Canadian sci-fi series called ReBoot. Some reboots, though, are harder to pull off than others. Perhaps toughest of all is Gojira, a monster who was born of Japan’s post-Hiroshima trauma, a spectre of radioactive destruction, anguish and anger. How, then, does one bring him to life for a modern audience, so disconnected from that terror? America’s most recent effort recaptured the awe the god-like titan struck in onlookers. But now, Japan is reclaiming its icon – and it’s doing so in a surprisingly unique way.

Gojira was awoken all those years ago by nuclear testing in the Pacific, but here, that’s given a slight reversal, as it’s the dumping of nuclear waste that nudges him out of slumber. And so we see the monster slide ashore from the oceanic depths, wriggling and squashing like a mutated Muppet, or a trippy take on The Very Hungry Caterpillar. But if there’s a quaintly old-fashioned quality to the way this monster movie moves, that’s soon replaced by a visual spectacle that’s really quite alarming. Godzilla grows and grows, transforming from one incarnation to another, before he emerges at his full height and his radioactive breath finally comes into play.

The tangible, physical effects (directed by Shinji Higuchi, who co-helms with Hideako Anno) bring a wonderful sense of weight, and a hand-crafted affection for the monster’s legacy. The classic Gojira theme by Akira Ifukube (combined with Shiro Sagisu’s new score) only adds to the unmistakeable identity of both the beast and the franchise. But this is a new spin on an old favourite, as Anno’s script balances the stomping on vehicles and knocking down buildings with a deliberately light note of humour: we spend half the time watching Godzilla blaze a trail of chaos, but the other half witnessing even greater chaos happening behind closed doors, as scientists and officials try to work out what to do. “It can’t support its own weight,” they decide at one committee meeting. 10 minutes later, Godzilla is standing and wreaking more havoc. The solution? Another committee meeting.

Meaningless discussion follows meaningless discussion, as the country struggles to grasp the situation they’re dealing with – as if they’ve never seen the 30 Godzilla movies that have gone before. The result is an uneven tone and pace, but one that taps into the country’s all-too-recent horror of the Fukushima accident, not only with tragedy and fear, but also with a scathing criticism of the incompetent government response to the disaster; even the cast is engulfed by the red tape, with only Secretary Yaguchi (Hiroki Hasegawa) really standing out in a sea of seemingly endless men in suits. A political satire rather than a humanitarian one, Shin Godzilla may not be the timeless classic fans will be hoping for, but it’s unashamedly of its time, and all the better for it. This is a reboot that does that rare thing and finds a brand new way to interpret a familiar legend. With humankind remaining the biggest monster of them all, though, some things never change.

Shin Godzilla is available on Funimation, as part of a £4.99 monthly subscription.

Where can I buy or rent Shin Godzilla online in the UK?

Netflix confirms it will not be at Cannes 2018 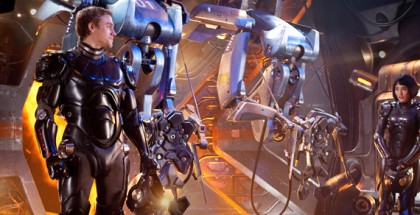 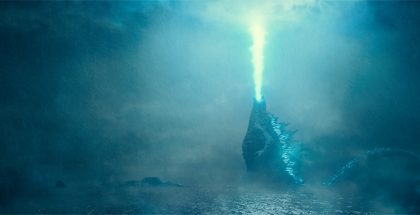 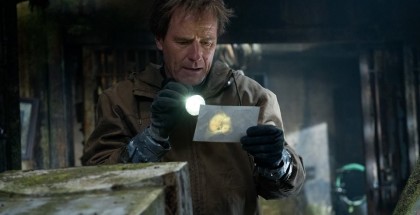 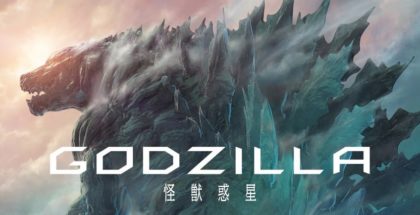