This thoughtful, moving drama about a Tanzanian woman with HIV carries a gently powerful documentary realism.

With a compassionate and imaginative boldness, first-time British feature director Leanne Welham has shot a film about HIV in Tanzania.

In the UK, approximately 102,000 people are living with HIV. In Tanzania, that number is 1.5 million, and the majority of them are women. Pili shines a light on what’s it like in the East-African nation, where women are not only subjugated to an inferior position in society, but also have to deal with the stigma of being HIV positive, a stigma that still exists, even in 2019.

The film is based on extensive interviews with women in the country, and populated by just one trained actor and a host of non-professionals, and that push for authenticity radiates from every frame, as see Pili (Bello Rashid), a young woman in the village of Miono who is trying to raise enough money to start a kiosk – not to mention raise her two kids, with whom she was left by her husband, following her diagnosis. (He refused to be tested for HIV.) And so she works in the fields for a cruelly low wage, while struggling to find the cash to convince local businessman, and general creep, Mahera to let her run the market stall.

It’s a perfect storm of finance, social status and physical health, and director Leanne Welham delivers an evocative feature debut, despite her budget of just £75,000. Working with co-producer Dr. Sophie Harman, an academic specialising in global health, she captures the minutiae of village life, and the personal pressures that work to push Pili down, even when free antiretroviral treatment is, in theory, within reach.

It’s anchored by Bello Rashid, whose quiet performance weathers everything thrown at her with a stoic calm that only occasionally slips to give way to a desperate plea for help from others. She and Welham convey the huge steps that the tiniest actions can represent, from getting on a bus to sitting in a waiting room for one extra hour. This is thoughtful, moving tale that brings documentary realism to its low-key drama, one that emerges as a gentle reminder of the power of communication, empathy and support. 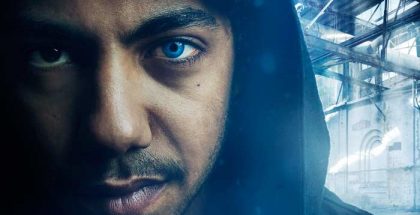