VOD film review: One Child Nation | VODzilla.co | Where to watch online in UK

The awful history and devasting consequences of China's population control are explored in this powerful, moving documentary.

In 1979, facing a looming population crisis, China instigated a mandatory one-child policy that lasted until 2015. This award-winning documentary from co-directors Nanfu Wang and Jialing Zhang explores both the history and the consequences of that policy and the result is utterly devastating.

The film begins with some of the wide-ranging propaganda that promoted the policy, ranging from posters and playing cards to travelling opera performances. That shiny, happy public face is then contrasted with the horrific reality behind it, which included systemic sterilisation of mothers, the routine abortion of unsanctioned pregnancies (often at full term), and the seizure and forced adoption of children born in violation of the rule.

Filmmaker Nanfu Yang was born in China and subsequently emigrated to America. As she states in the film, she was “lucky”, because when she was born in 1995, the rules were relaxed slightly in rural areas, so that a second child was permitted after five years, if the first child was a girl. Her brother was born five years later, but her parents acknowledge that if he had been born a girl, he would most likely have been abandoned, a fate that befell Nanfu’s baby cousin, as the director learns during a tearful interview with her uncle.

Now a mother herself, Nanfu returns to her home town and interviews those who were complicit in implementing the one-child system. These include local officials, abortionists, midwives and human traffickers, as well as children born under the policy. Time and again, what emerges is a strong sense that the people involved have yet to really deal with the consequences of their actions, with many of them still sticking to the party line, saying things like “it was very strict”, citing the “population war” they were fighting and suggesting that without the policy, there would have been cannibalism.

In addition to interviewing journalists and activists, Nanfu profiles artist Peng Wang, who has dedicated himself to reminding the public of the many abandoned foetuses that were the direct result of the policy. Motivated by spotting a foetus in a rubbish dump he was photographing, Wang explains that he has spent the last two decades incorporating foetuses into his art, including a chilling series of photographs at dumping grounds.

Later in the film, Nanfu looks even further afield, interviewing a couple in Utah (Brian and Long Lan Stuy) who adopted three Chinese orphan girls of their own and subsequently discovered the reason for their abandonment, noting that the sob stories Americans are told when they adopt Chinese children are often lies. They have since dedicated themselves to helping adopted Chinese children track down and reconnect with their birth parents.

The film’s most impressive aspect is the way Nanfu manages to make it both deeply personal and much more wide-ranging, raising serious questions for everyone who watches it. For example, it’s likely that many people knew China had a one-child policy, and the ease with which that was accepted – not just by the Chinese, but other countries as well – is genuinely chilling.

Finally, the film ends with propaganda that promotes China’s new two-child policy (“One is too few, two is just right”) and it’s hard not to wonder at the further implications, given what we’ve just seen. A brutal, devastating and essential film.

One Child Nation is available on BBC iPlayer until 18th December 2019.

Note: This film was reviewed from the 88 minute cut screened at Sheffield DocFest. The Storyville version on BBC iPlayer is listed as 82 minutes long.

BBC iPlayer unwraps more box sets than ever for Christmas 2019

Why you should be watching Asian Provocateur on Netflix... July 1, 2017 | Ivan Radford 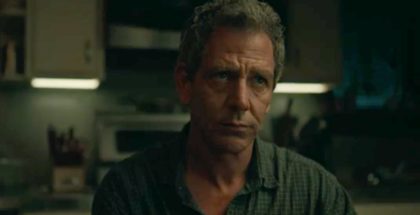