VOD film review: Night of the Kings | Where to watch online in UK | How to stream legally | When it is available on digital | VODzilla.co

Lack of any studio interference

This stunning Ivory Coast prison drama is a heady blend of gripping drama and enchanting storytelling.

A prison drama with a fresh young inmate making his way up the ladder of respect sounds like a story you could have seen hundreds of times before, so seeing the poster for this film filled with festival garlands could be a bit of a surprise. Having played at or been selected at the majority of the past year’s predominantly virtual festivals, Night of the Kings now arrives on UK shores, ready to surprise with its heady blend of depicting prison life while also extolling the virtues of storytelling and how belief can be pinned to things that seem silly on the outside looking in.

The story focuses on the experience of Roman (Bakary Koné), a young criminal who has just been imprisoned in the MACA, a prison in the middle of a large forest on the Ivory Coast. While it has guards and the facade of a normal institution, its power is held by Blackbeard (Steve Tientcheu), an inmate with many miles on the clock who appears to be dying. Tensions run high as others plot to take over but Blackbeard has more important matters on his mind: the appointment of the prison’s new Storyteller, who will enrapture the prisoners with his stories during the “red moon”.

If this made you mentally stand to attention, it’s nothing compared to actually watching the film play out yourself. Things start off normally enough as Roman is introduced to the prison amongst prisoners staring and shouting from the various levels around him and talk is had of plotting to take control of the prison as the guards assess the situation and decide to barricade themselves in, but soon, the importance of the Storyteller is made abundantly clear as Roman is thrust into the role and starts to tell the story of his leader.

Once this starts, the film goes to a different level as Roman starts nervously but begins to win over the crow. This is visualised by various prisoners almost telepathically reading the situation by singing and performing essentially interpretative dance along with Roman. This later evolves further and magnificently emphasises the power Roman is starting to hold over these prisoners.

Roman’s story gets ever more expansive but so does the mythology of the prison. The abdication of leadership by Blackbeard plays out in a mix of surrealism and very real on-screen events and Denis Lavant makes a fantastic cameo as the only white prisoner – a blunt but still very effective visual – who also happens to have a chicken which he treats like a parrot. Writer-director Philippe Lacôte crafts a singular vision, as emotions run the gamut of inspiring tales along with the horror you associate with prison life, yet the film never once threatens to fall off the tightrope it walks.

The performances also fit the bill perfectly. Bakary Koné does a wonderful job in subverting expectations, while Steve Tientcheu exudes an earthy gravitas as the head of the prison. The bizarre dynamic of their relationship is played out well and does a terrific job in making you believe that this world could exist. Night of the Kings is a short, sharp triumph. One of the best films of the year, it often stuns with the audacity of its filmmaking but never once feels like its showboating. If you take the time to seek out, you’ll be very much rewarded.

Trailer: Diego Luna directs Everything Will Be Fine for Netflix 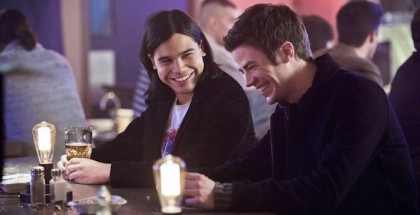