2013 has proven to be a mixed year for Pixar. It started off on a high as Brave managed to beat Disney stable mate Wreck-It Ralph to the Best Animated Picture Oscar, despite very public grumblings from director Brenda Chapman about the male-dominated landscape of the company. It then ended the year with the announcement that next effort The Good Dinosaur was to miss its 2014 release date amid creative problems, a recurrent problem for the once infallible studio.

In between these was the relatively mild success of Monsters University, which, while grossing nearly $750 million worldwide, paled in comparison to the might of Universal’s Minions and their fart guns, as Despicable Me 2 made over $900 million. While box office isn’t everything, this does fit with the general impression that Pixar have been treading water of late; Monsters University is their third franchise-expanding film in four years.

With the film now on video on-demand, can it fare better on the small screen without such weighty competition?

Monsters University’s main competition is really Monsters, Inc., an experience which the prequel cannot emulate. The original’s magic came not from the admittedly delightful relationship between co-workers Sully and Mike but instead the growing tenderness felt by Sully for Boo, a little girl who finds herself in Monstropolis. What Monsters University has, instead, is that genre most beloved of children everywhere, the… campus comedy.

That a film is of less weight than another is not an inherently bad thing but what is disappointing is how this film relies on other staples: the mismatched pair who find common ground and become friends; the group of no-hopers who find strength in being with each other; a series of games connecting everything together. It doesn’t contain all that much imagination. Saying that, what there is in the film is certainly entertaining, even more so for its target audience.

On its own terms as a comedy, Monsters University works perfectly well. The relationship between (now co-students) Mike and Sully develops solidly – the idea of the two actually being very similar despite their physical differences warms up the connection between the two, helped in no small part by still excellent vocal performances from Billy Crystal and John Goodman. They are joined by a cast of supporting monsters, who (with the exception of a purple guy with a dodgy past voiced by Charlie Day) are not that memorable but combine to create a likeable gang. Helen Mirren as Dean Hardscrabble, in particular, is decent casting for the type and her character design is very easy on the eye.

The action sequences are also a delight to watch. The contests are all varied and offer more than enough visual movement to keep the little ones entertained and the adults at the very least mildly interested. For film geeks, there are also a variety of fun references, Professor Brandywine being our personal favourite.

So, away from the weighty competition, how does Monsters University fare? It would probably be regarded more fondly if, frankly, it wasn’t made by Pixar. Because it is, though, it does feel appropriate to judge it against their higher standard of quality. On those terms, Monsters University is somewhat lacking. It’s a solidly diverting 104 minutes and above-average family fare, but it never truly grabs the heart. As a follow-up to Monsters Inc., that is a shame indeed.

Monsters University is available on Disney Life, as part of a £9.99 monthly subscription.

Where can I buy or rent Monsters University online in the UK?

Season Four: The Killing is coming back to Netflix. Again. 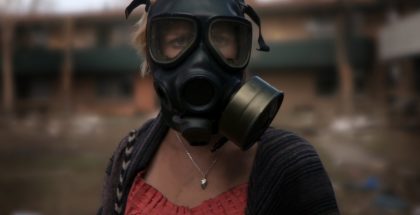