VOD film review: Leto | VODzilla.co | Where to watch online in UK | How to stream

Kirill Serebrennikov's depiction of musical expression in the Soviet Union is a visually stunning ode to rebellion.

“This didn’t really happen”, Leto tells us, as it takes us on a wild tour of Leningrad’s underground 80s rock scene. It’s the kind of thing you can imagine a school kid telling a teacher moments before lobbing a water bomb at their classroom window; a cheeky nod toward what isn’t meant to happen, what might be allowed to happen and what everyone wishes did happen. Somewhere in that limbo between strict discipline and infectious anarchy lies this beguiling offering from Kirill Serebrennikov – who, somewhat fittingly, was under house arrest by the Russian government over charges of fraud while the movie was completed.

Serebrennikov takes us back to a time when Soviet ideology dictated what was musically acceptable and what wasn’t, when the Leningrad Rock Club would provide a platform for the performance of state-approved songs, to an audience of calm listeners, all seated prim and proper. But into that monochrome monotony, Serebrennikov injects bursts of colour and anarchy – wild eruptions of freedom and creativity that leap off the screen with propulsive drive.

It’s an uproarious sight to behold, with one standout sequence seeing a train ride through the city descend into a party, as one by one the passengers join in the singing of Talking Heads’ Psycho Killer. The lyrics appear on screen in crayon and pen, accompanied by vibrant doodles and scribbled outlines – like the video to Take on Me spawned a whole sub-genre of filmmaking.

There is a story to go with all this unbridled expression, one that sees Mike Naumenko (Roman Bilyk) and his wife, Natalia (Irina Starshenbaum), cross paths with young soon-to-be icon Viktor Tsoi (Teo Yoo), and the band Kino record its first album. But the plot doesn’t leave much of an impact; the joy of Leto all lies in atmosphere and mood, from its gorgeous cinematography to its foot-stomping soundtrack, which includes its own idiosyncratic take on Perfect Day and All the Young Dudes.

The lengthy runtime saps some of the momentum from the party, but there’s no denying the rush of seeing each fantastical blow against the rigidity of the iron curtain. It’s a story that could be weighed down by its own political themes, but is notable for its lightness of touch – less a triumphant epic of rebellion than a heartfelt celebration of a new generation learning to loosen up.

Why Euphoria should be your next box set 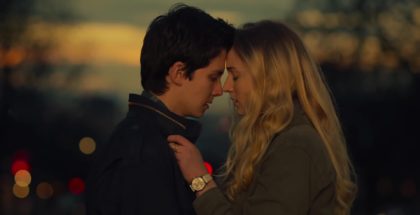