Richard Linklater's Iraq war road trip is an uneven but poignant salute to patriotism and loss.

Richard Linklater is one of the most distinctive filmmakers around, able to bring humour and heart with a near-realistic feel to any on-screen exchange. It’s slightly disappointing, then, Last Flag Flying, an Amazon Studios production, should feel so conventional.

Part-road movie, part-war meditation, it follows Larry Shepherd (Steve Carell), a former solider going to bury his son, who has just been shipped back from Iraq. And so he looks up his old soldier comrades to help him make the journey. The result is an ambling, offbeat buddy movie, and Linklater’s loose, natural style chimes in with the ramshackle feel of their unexpected voyage.

But, even with the director at his most laid-back, there are hints of a familiar formula: there’s Sal (Bryan Cranston), the cynical once-marine who spends his day surrounded by booze – and not just because he runs a bar – and there’s Mueller (Laurence Fishburne), a former wild soul who has since cooled and converted to become a man of the cloth. They’re a natural odd couple, the former’s bitter sarcasm clashing with the latter’s calm patience, but the film never quite manages to balance the occasional laughs they generate with the more serious notes of Larry’s journey.

Steve Carell delivers one of the best performances of his career as the mourning father, almost silent in his mumbling grief and painstakingly internalised anguish. The scene-stealing Fishburne, meanwhile, does a lot with a little, layering his pastor’s sense of conviction, purpose and peace with a hint of the anger and recklessness that made him the man he is today. Cranston, on the other hand, plays everything big, intentionally so to contrast with his sedate co-stars, but never really dials down to a subtler level, even when the scenes need it.

The imbalanced nature of the trio mean the movie struggles to find a consistent tone. Veering between attempts at a raucous road movie and something more insightful, Last Flag Flying never quite settles on what it wants to be. The script, co-written with Darryl Ponicsan, based on his own novel, aims for moments of poignant reflection to go in between the mainstream giggles, but winds up failing to hit either square on the head. Some serious exchanges between the trio hauntingly touch upon the toll Vietnam had upon their generation, echoing the toll that the Iraq war has taken on modern American lives, but before we have time to dwell on any political message of note, we’re whisked away to a bar for another round of drinks, or to a mobile phone shop for a quick gag. It doesn’t help that events are set in 2003, so long ago that it feels like a foreign country.

Still, there are individual scenes in here that will stick with you, most notably the moment when Carell goes to collect his son’s body, a perfectly painful glimpse of private tragedy battling with military process and state lies. Years after the last war these characters experienced, these men are still looking for any sense of why things have happened, on both a personal and national scale. There’s much to admire in Linklater’s sensitive salute to patriotism and loss, but in trying to take shot at such big themes from so many different points, Last Flag Flying mostly stays at half-mast.

Last Flag Flying is available to watch online on Amazon Prime Video as part of a Prime membership or a £5.99 monthly subscription. 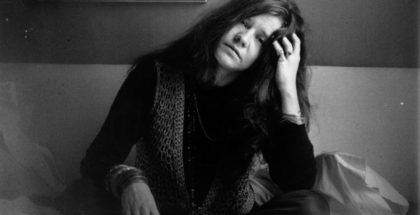