Did we mention the action?

A thrilling display of martial arts that repeatedly hits the spot.

The thriller starts off in generic mode, with Donnie Yen playing Hahou Mo, a legendary fighting instructor who was imprisoned years ago. When a serial killer begins targeting kung fu masters, though, he offers his help to the police in exchange for his freedom. Of course, being Donnie Yen, he doesn’t much as offer his help as best up an entire jail. But the cops say yes – not least because he’s on the list to be targeted next.

With the basic groundwork out of the way, Kung Fu Killer promptly kicks things into gear, accelerating into blow-by-blow investigation of each murder. Hahou turns up, reconstructs the showdowns in his head, and we move on to the next one.

The flashbacks unfold with brutally quick editing, as if CSI overdosed on coffee and watched one too many Bruce Lee movies.

Yen brings a cool, likeable charisma to his pseudo-detective, the perfect contrast to Wang Baoqiang’s snarling villain. Charlie Young gives equally impressive support as a determined officer, but the film’s secret weapon is its sheer momentum. Everything is stripped back to push the plot forwards to the next fight – even Michelle Bai’s love interest gets to wield a sword.

And what fights they are. The chain of killings is ordered by discipline, we soon discover, an inspiredly simple concept from writers Teddy Chen, Lau Ho-leung, Mak Tin-shu that ensures the battles escalate every time; from legs to hands to blades, each level up brings more elaborate choreography and more splashes of blood. It also means that the fight sequences are varied, giving director Teddy Chen a veritable toolbox of violence to play with.

Chen hops from one set piece to the next, never repeating and always topping himself – a chase through a harbour has the pounding feel of frantic footsteps, while a confrontation on top of a suspended dinosaur skeleton is jaw-droppingly absurd. The result is an exhilaratingly fast paced thriller that doesn’t just hit the spot; it pummels it repeatedly for 100 minutes.

By the time you get to the finale on Hong Kong’s Container Port Road, surrounded by speeding traffic, you’ll be grinning like an idiot. The only thing to make you smile more? The charming end credits, which pay tribute to every Hong Kong martial arts legend you can name.

Kung Fu Killer is available to watch online on Amazon Prime Video as part of a Prime membership or a £5.99 monthly subscription.

Where can I buy or rent Kung Fu Killer online in the UK? 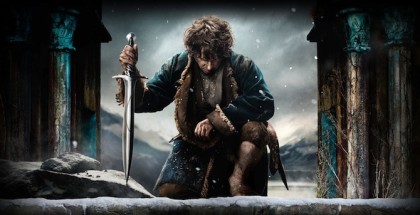