VOD film review: Infamous | Where to watch online in UK | How to stream legally | When it is available on digital | VODzilla.co

This crime spree thriller aims to be Bonnie & Clyde for the Instagram generation. On paper, that’s not a bad set-up, but unfortunately, writer-director Joshua Caldwell is completely uninterested in exploring his own idea.

Bella Thorne plays Instagram-obsessed twenty-something Arielle Summers. After hooking up with local bad boy Dean Taylor (Jake Manley), the pair are forced to go on the run after a fatal accident that could send Dean back to prison. Needing money, the lovers perform a series of hold-ups, which go viral when Arielle posts them on her social media account. Soon they have legions of dedicated followers, which Arielle takes as a sign that the universe wants her to become famous.

Thorne is well cast as Arielle – she’s actually entirely convincing as the sort of person who might do an armed robbery for Instagram likes. Manley is equally good, sparking palpable chemistry with Thorne and exuding an early 1990s Steven Dorff vibe that works well.

Sadly, it’s increasingly obvious that Caldwell doesn’t have any further ideas for his movie beyond “Hot couple do robberies, get famous”. There’s no sense of moral complexity, and the closest the film gets to even addressing its own set-up is having Arielle and Dean bicker over whether they should actually be posting it all online.

The film is particularly frustrating, because there are plenty of chances to do something interesting, but it keeps blowing them. In the film’s most interesting sequence, Arielle and Dean flag down a young Black woman (Amber Riley), who admits she knew who they were when she picked them up and that she follows them on social media. However, when pressed as to why, all the script can find for her to say is that she’s bored in her job and has no prospects, so she follows them because they’re out there taking stuff for themselves.

That might just about have worked if the film had given Arielle and Dean a moral code, but the script complicates things by having them murder people, as opposed to just committing armed robbery. Again, it would be interesting if the film was essentially about Arielle selling her soul to social media, but it backs away from that idea too, having her essentially just shrug off the deaths she’s caused.

Ultimately, the film doesn’t even deliver on the thrills it promises – the relationship between the pair is strictly PG (it cuts away from a potentially amusing sex scene in the car as they’re driving away) and the robberies aren’t directed with any sense of flair or tension. In the end, the most interesting thing is the apparent size of Arielle’s coloured wig collection. Maybe the fact that the film is only prepared to engage with its good-looking surface is part of a sophisticated point it’s trying to make about the Instagram generation? If so, it fails spectacularly. Zero likes.

Infamous (2020) is available on Sky Cinema. Don’t have Sky? You can also stream it on NOW, as part of an £11.99 NOW Cinema Membership subscription. For the latest Sky TV packages and prices, click the button below. 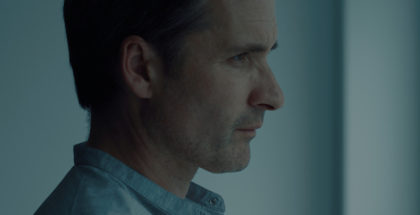