Lucas Hedges is remarkable in this disarmingly personal exploration of trauma, abuse and recovery.

Shia LaBeouf has long been one of the most underrated actors of his generation, but in recent years, he’s also proved himself a talented, interesting and deeply personal storyteller, whether he’s painting himself as an actual cannibal or rewatching his own filmography on camera. Here, he takes that self-scrutiny to heart-wrenching heights with semi-autobiographical drama Honey Boy.

The film follows Otis (Lucas Hedges), a young actor who winds up arrested and in rehab after a wayward night out of control. Then, we jump back with all the vigour of Hollywood stunts to see what happened to lead him to that point. Noah Jupe plays younger Otis, who is already dipping his toe in showbiz at the tender age of 12 – at the behest and resentment of his father.

Enter LaBeouf, who essentially plays a version of his own dad, a tormentor, deadweight and traumatising obstacle that Otis has to overcome every day just to make it through life. LaBeouf, who brought a Marlon Brando-esque intensity to American Honey, is deeply disturbing as this landmine of a human, a destructive (and self-destructive) force always on the verge of erupting. But he’s also deeply real, with a pitiful side that almost invites sympathy, were it not for his horrifically toxic treatment of his own flesh and blood.

Jupe is excellent as the vulnerable, deceptively resilient boy, but the star of the show is undoubtedly Lucas Hedges, who is remarkable as the young Otis – effectively Shia LaBeouf himself. He brings a wounded honesty to Otis as he begins to examine his past in rehab turning his thoughts and feelings into writing in an echo of what LaBeouf did in real life. Because while the names and some details have, of course, been changed, there’s no getting away from the fact that this is like watching Shia’s own therapy sessions.

What unravels is a meta-story of abuse, recovery and long-covered bruises, which director Alma Har’el stitches together with breathtaking, self-aware style and a disarmingly open heart – the levels of trust and understanding needed to achieve such frankness are unparalleled. The result is unique not only in form but in its unflinchingly raw storytelling. This brave, powerful piece of art doesn’t just invite curious fans to peek into the dark corners of one person’s trauma – it gapes for anyone to take a look.

Honey Boy is available to watch online on Amazon Prime Video as part of a Prime membership or a £5.99 monthly subscription.

Where can I buy or rent Honey Boy online in the UK?

Quibi UK: Everything you need to know 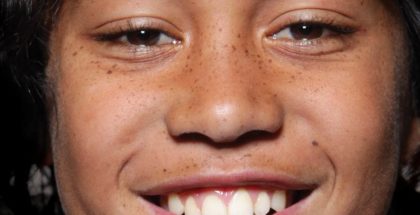