Netflix UK film review: Hellboy II: The Golden Army | Where to watch online in UK | How to stream legally | When it is available on digital | VODzilla.co

Rescued from the shadows of the underworld, Guillermo Del Toro had long resided among the human race undetected. Balancing personal and studio-driven projects, he finally found his mainstream home in 2004 with the dark tale of Mike Mignola’s fiery anti-hero, Hellboy (Perlman). Years after the discovery of that kitten-loving demon in 1944 Scotland, he’s still working at the FBI’s bureau of paranormal investigation in this accomplished sequel. But when Prince Nuada (Goss), an exiled Elven malcontent, seizes his father’s throne to wage war against us, Hellboy and his team of outcasts once again face public scorn to save the world from evil Legolas and his indestructible clockwork Golden Army.

The creatures fly thick and fast from the get-go, from flesh-feasting tooth fairies to a chain-fist wielding goblin, called Wink; with characteristic flair, Del Toro ensures the enemies enchant as much as the amphibious Abe (Jones) and blazing Liz (Blair). In a film populated by freaks, the director has never been more comfortable, fleshing out the feelings of his offbeat characters with delicate humour. In clumsy hands, an argument over a dirty toothbrush would descend into a sitcom but here, it remains genuine, building up the tension between Hellboy’s scorching lead couple. Even the unlikely romance of Abe and Princess Nuala (Walton) is believable, paving the way for The Shape of Water. When the Helloboy and Abe start a hilarious, drunken sing-a-long to Barry Manilow, it shouldn’t be touching. But it is.

Mixing it all up with explosions and fistfights galore, Hellboy II delivers the spectacle of a blockbuster with arthouse nuance. No longer shackled to Mignola’s back story, Del Toro has the freedom to realise the comic’s stunning artwork with his own idiosyncratic twist; both graphic and novel, this sequel is an astounding glimpse of the creative Mexican’s mind. Matching his fantastical forerunners Gilliam and Burton, Del Toro makes the most of his sublime sets and charming cast – a sequence set in a troll market is every inch modern cinema’s answer to Mos Eisley. The only slight downside is the lack of David Hyde-Pearce in the role of Abe (replaced by the ever-brilliant Doug Jones), but in an ensemble that includes a gaseous German robot called Johann Krauss (“suck my ectoplasmic Schwanzstücke!”), the absence is forgivable.

At the front of it all is Perlman, a man so sarcastically loveable that his paranormal universe is hard to resist. After unleashing a forest spirit into America’s urban sprawl, Prince Nuada turns to him and laments its fate: “If you destroy it, the world will never see its kind again.” He’s right. This is a realm where imagination rules, tumours look like babies and the breathtaking bad guys are tragically doomed. Each monster we meet gets bigger and bigger, but the magic never gets old.

Hellboy II is available on Netflix UK, as part of an £9.99 monthly subscription.

Where can I buy or rent Hellboy II online in the UK?

Why Salvation should be your next Netflix box set 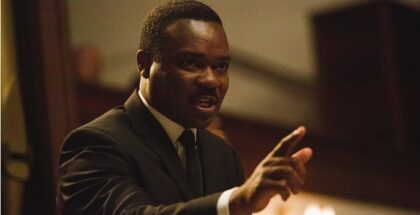 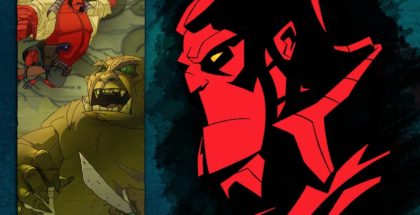