Netflix UK film review: Hail, Satan? | Where to watch online in UK | How to stream legally | When it is available on digital | VODzilla.co 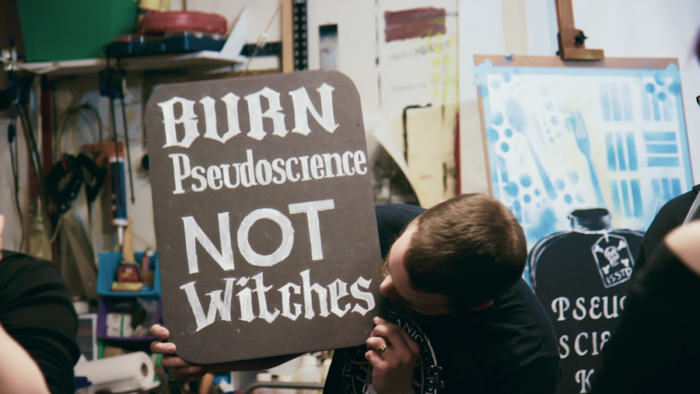 The title card for Hail, Satan? tips off the audience early on, by waiting the briefest of moments before adding the question mark. This isn’t, as one might reasonably expect, a documentary about Devil worshippers – at least, not in the sense that hundreds of horror movies and the Satanic Panic of the 1980s might lead you to expect. Instead, Penny Lane’s fascinating documentary explores the activities of religious organisation-slash-protest group The Satanic Temple, and the results will play merry hell with your preconceptions.

Founded in 2013 by reluctant spokesman Lucien Greaves – in an early sequence we see him employing an actor as spokesperson, before it quickly becomes clear why that won’t work – The Satanic Temple has a number of socially progressive concerns and frequently uses attention-grabbing tactics to get its point across.

In the film’s key set piece, the group target Arkansas local government, who want to erect a statue of the Ten Commandments outside the Arkansas State Capitol. The group successfully argue that, on the grounds of religious freedom, they should also be allowed to erect a ten foot bronze statue of the horned goat demon Baphomet. Cue much frothing at the mouth from Christian movements and a huge spike in membership for The Satanic Temple, due to the resulting publicity.

The Baphomet stunt is indicative of the group’s activities in general. On the one hand it’s an obvious attention-grabbing stunt, the sort that Michael Moore probably wishes he’d thought of and that’s guaranteed to earn a spot on Fox News. And, on the other hand, it makes a legitimate point about the separation of church and state, and how Christian elements are placed front and centre in American public life, thanks to the religious right. (As an amusing side note, Greaves points out that the identical Ten Commandments statues that can be found around the country began life as a promotional stunt for the 1956 Cecil B DeMille movie, starring Charlton Heston.)

Lane’s cameras adopt a fly-on-the-wall approach, alongside frequent to-camera interviews with Greaves and other Satanic Temple members. These are supplemented with some superb archive footage – Greaves’ media-savvy Fox News appearances are a definite highlight – as well as occasional background pieces, such as a quick catch-up on the Satanic Panic or a look at what other branches of The Satanic Temple are up to. Those activities turn out to be surprisingly charming, whether it’s organising dry sock drives for the homeless or doing litter pick-ups (complete with tiny pitchforks) on stretches of highway.

Effectively, then, The Satanic Temple is part performance art, part social justice advocation and part political protest movement. It’s true that it is also an official religious organisation (it’s been labelled a “Church of Misfits”), but most of its members are atheists and there’s very little in the way of actual devil worship. To that end, another key moment in the film occurs when a member displays The Satanic Temple’s Seven Basic Tenets and they all turn out to be reasonable things involving justice, compassion, a respect for science and looking after each other.

One problem that goes frustratingly under-explored is what happens when the organisation becomes too successful, and therefore too unwieldy. This is illustrated nicely by a subplot involving activist Jex Blackmore, a charismatic Satanic Temple member who’s reluctantly expelled by Greaves when she organises an unsanctioned PR stunt, during which she threatens to kill the President. At least she doesn’t seem overly upset about it, while the absurdity of the Satanic Temple now requiring a National Council certainly isn’t lost on Greaves.

Hail, Satan? is available on Netflix UK, as part of an £9.99 monthly subscription.

Where can I buy or rent Hail, Satan? online in the UK? 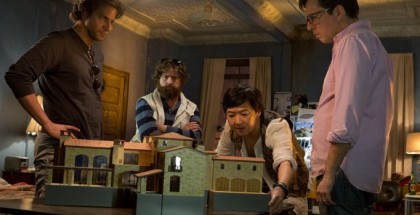