VOD film review: Ghost in the Shell | VODzilla.co | Where to watch online in UK | How to stream

The approach to the Major’s ethnicity

The Hollywood adaptation of Ghost in the Shell hasn’t had an easy ride. Since Scarlett Johansson was cast as the main character, Major Motoko Kusanagi, there have been cries of anger, and it even sparked a worldwide debate over Hollywood’s white-washing of history and how it could benefit from giving actors from minorities leading roles. Despite all of this, the studio executives persisted and defended their choice of actress before returning to filming, hoping things would blow over with time. So, now that it’s been released, how does the Western adaptation of the classic anime fare?

The film opens, much like the anime, with the creation of the Major, albeit with a few narrative add-ons. The scene is intricately detailed and visually stunning – a great start for an altogether unremarkable film. In a similar way to the opening, there are a lot of nods to the original anime, such as the Major’s fight with a hacked truck driver, her descent from the top of a skyscraper, and even her final fight features some familiar imagery. There are also some great new scenes: the experience the Major goes through, during her deep-dive investigation of a hacked geisha robot, is particularly terrifying for its claustrophobic depiction of a cyber-attack (think Game of Thrones’ Battle of the Bastards episode). The fact that the effects are so impressive does ensure that film benefits from the stunning visuals it presents, making up for the diluted storyline.

It’s understandable that director Rupert Sanders didn’t want to present an exact copy of its inspiration. If it were the same, then it would be boring – no one was asking for a remake that was shot-for-shot the same – but in the process of Sanders’ adaptation, and writers Jamie Moss, William Wheeler, and Ehren Kruger’s script, a lot of the series’ nuanced complexities have been lost. Rather than approaching Major’s internal battle with the meaning of life, and whether she still has a soul in her cyborg body, the writers decided to break the idea down to its bare bones. The vast amount of references to ‘ghosts’ and ‘shells’ diminishes the impact of her struggle, acting as a signal to the audience that ‘this part of the story is important, so you better listen’ and, ultimately, makes the whole thing redundant.

What is worse, though, is the way in which the film dealt with its white-washing controversy. If the studio executives are determined to make the Major white then fine, we have to deal with that, but they should have at least stuck to their guns on that decision. Backing out halfway through the film for a half-hearted attempt to appease the public makes the white-washing of the character much worse than it already was, and that part of the narrative ends up feeling like an afterthought that’s out of place and hastily added in. It makes you wonder why they didn’t just cast an Asian-American actress, if they had that plotline in mind from the start.

Ghost in the Shell was one anime that seemed like it could work as a Hollywood remake, had it been done in the right way. Sharing many similar notions as Blade Runner, it’s a story that we’ve seen before and could have been transported to an American context, had it respected the original’s vision. Visually speaking, the film is good, but the dumbed-down plot and odd approach to the lead character’s ethnicity ultimately make this a dud. Better luck next time, Hollywood.

Ghost in the Shell is available to watch online on Amazon Prime Video as part of a Prime membership or a £5.99 monthly subscription.

Where can I buy or rent Ghost in the Shell online in the UK?

Meet the bakers for Channel 4’s Bake Off 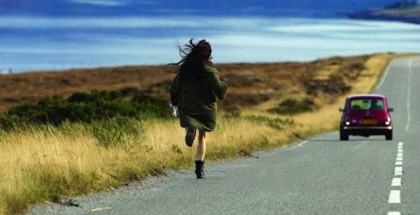