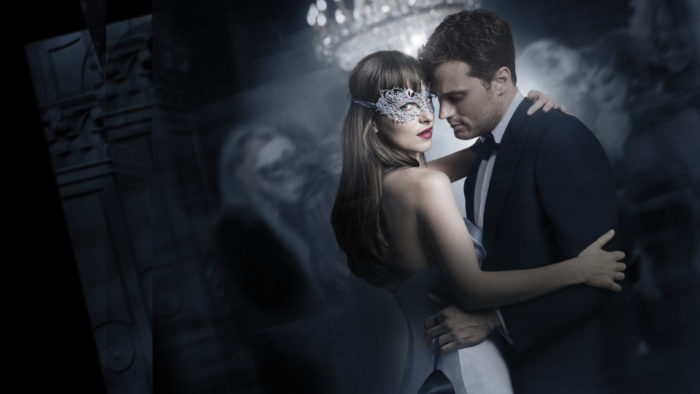 The new director, James Foley, previously made Glengarry Glen Ross, a sexier film than this turns out to be. The first of two sequels shot back to back, Fifty Shades Darker is an incoherent collection of increasingly ludicrous set pieces, revolving around a superficial central romance. In our review of the first film, Clarisse Loughrey covered the problematic representation of the dominant-submissive relationship in these films much better than this writer ever could, and you can take it as read that going back to the source material hasn’t done the screen versions of Ana and Christian any good.

The story of their reconciliation (such as it is) takes in Christian’s mysterious past, a masked ball and some more surprisingly chaste sexual shenanigans or “kinky f***ery”, as it is termed at one point. As before, Johnson is game for everything, throwing herself into the role, while her dour co-star Dornan doesn’t even take off his trousers when they’re in the shower together. Both stars are significantly worse here than they were in part one, but Johnson continues to be approximately five times better than Dornan, who constantly looks on the verge of remembering he’s supposed to be somewhere else.

What James’ second instalment does by way of rehabilitation is attempt to make Christian look like a teddy bear, by bringing in a host of unhinged supporting characters. Bella Heathcote’s mad ex, Leila, lunges at Ana out of the darkness like she’s Samara from The Ring. Eric Johnson’s lechy boss, Jack Hyde, is an obviously named creep who makes pitiful, ambiguous appearances as a potential Big Bad.

And, worst of all, Kim Basinger is utterly wasted as Elena, the predatory older woman who vamps in and out of a few too short scenes. Marcia Gay Harden has barely anything to do as Christian’s adoptive mother either, but she’s good doing it. The same can’t be said for Rita Ora, who continues to stake an impressive claim as the worst actor in this franchise as Mia Grey.

The stark absence of any cinematic quality this time around only demonstrates that while James is probably very happy with this reverent adaptation, Universal should have fought tooth and nail to get the original director and screenwriter back to salvage these sequels too.

As it stands, the nonsensically titled Fifty Shades Freed arrives in cinemas for Valentine’s Day 2018, when this protracted, commercialised Beauty & The Beast story will finally come to a close. Will Ana and Christian be happy? Can his dark past be forgotten? And why does he have that framed poster for The Chronicles Of Riddick in his bedroom? The latter is the only mystery that you’ll want to see more of.

Fifty Shades Darker is available on Netflix UK, as part of an £8.99 monthly subscription.

Where can I buy or rent Fifty Shades Darker online in the UK?