Netflix UK film review: Dior and I | VODzilla.co | Where to watch online in UK 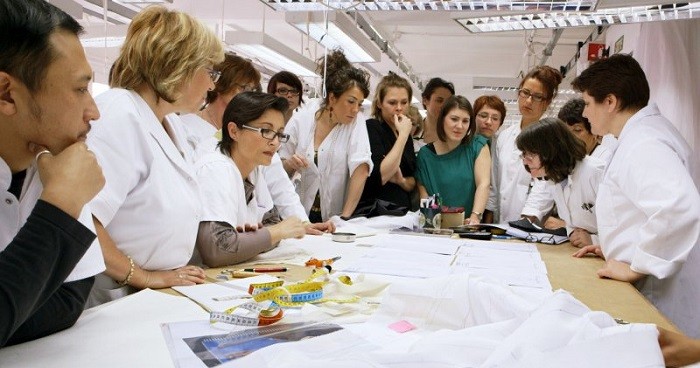 Dior and I is an engaging reminder that man maketh the clothes - not the other way around.

Fashion documentaries. Outside of fashionistas, they’re not the easiest sell – after all, how many regular film watchers can afford to buy a Vuitton handbag or Gucci shoes? The prospect of Dior and I, which goes behind the scenes to see the team preparing for a new show, then, might well seem irrelevant to your average jeans-and-t-shirt wearing Joe. But Frédéric Tcheng’s documentary does more than capture the work behind the brand: he captures the humans too.

The film picks up in 2012, when Raf Simons is appointed as creative director. He’s a minimalist. He’s known for menswear collections. He doesn’t even speak very good French. It’s no surprise that’s he’s nervous when Chief Executive Sidney Toledano introduces him – an introduction that highlights just how much of a tense time (and tense decision) it was. “In couture, we say ‘Monsieur’,” he explains, for as much Raf’s benefit as anyone else’s. “Let’s call him ‘Raf’ as a token of modernity.”

The fact that Tcheng’s camera is already in the room when this happens says a lot – but what’s impressive is that he gets to stay there. Far from being edited into a puff piece, this fly-on-the-wall flick genuinely feels like a candid insight into the goings-on inside those white walls. That feeling only becomes heightened as we see just how reticent Simons is; one scene where he is informed of the upcoming press schedule sees him visibly shrink away from the prospect of interviews with people he doesn’t know.

That atypical introverted nature makes for a fascinating subject – his quiet head-shaking at meetings is intriguing to observe – but it also means that Tcheng spends more time following the whole team of workers. We meet the most senior staff member, who’s been there 42 years. We meet those who have been there for almost no time at all. As their ideas are shot down or corrected, or they face the challenge of somehow translating Sterling Ruby’s spray-painted artwork onto wearable fabric, hours in the atelier become exhausting shifts. It’s here that Dior and I really impresses: in picking out the stitches that make up the overall fabric.

“I think about teams, I share their joys and sorrows,” says Simon, during one pensive vox pop, shot with a stylish night time sheen. “I sometimes feel remorseful because I must confess that despite my efforts to be diplomatic, I probably hurt some feelings.” The fact that we see those feelings makes this fashion documentary interesting for both designer lovers and loathers; it’s the workers, not the work that matters.

Dior and I is available on Netflix UK, as part of an £8.99 monthly subscription.

Where can I buy or rent Dior and I online in the UK?