Netflix UK film review: Crazy Rich Asians | Where to watch online in UK | How to stream legally | When it is available on digital | VODzilla.co 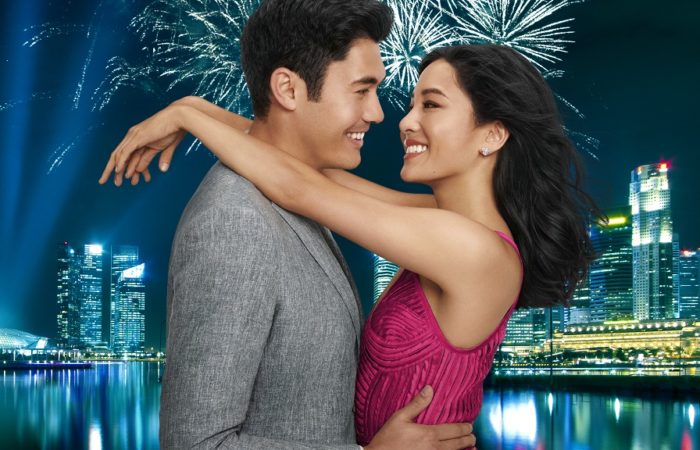 Rachel Chu (Constance Wu) is a successful economics professor at NYY – the youngest member of the staff. She’s been dating Nick Young (Henry Golding) for the past year, and things are going really well. So much so he’s asked her to come home with him to Singapore to attend his best friend’s wedding and meet his family. Rachel readily agrees, then shortly finds out that her Nick Young is the Nick Young, the heir apparent to an incredibly wealthy family and one of the country’s most eligible bachelors. Rachel’s visit to Singapore will expose her to a whole lot of Rich and even more Crazy…

Watching Crazy Rich Asians is like being wrapped in a giant hug; it’s cosy, warm and utterly perfect escapism. Although not everyone is the film is ‘nice’ or ‘lovely’, there are so many people in it who are. When watching, it feels like you’re among friends, rather than watching characters.

Wu and Golding make for excellent leads; they have an enjoyable and heartwarming chemistry that’s a real pleasure to watch play out. As with the greats of the rom-com genre, we become invested in their relationship from the outset and experience the obstacles almost as greatly as they do. Wu as Rachel is the perfect everywoman; although she may get things ‘wrong’, she has a good and loving heart. Golding is a leading man in the vein of Colin Firth in Bridget Jones, dapper and noble.

Also like its great predecessors, there’s a phenomenal ensemble cast. Gemma Chan is superb as Astrid, Nick’s cousin and one of Rachel’s allies. She’s heartbreaking to watch, such is the depth and power of her performance. Ken Jeong, one of the film’s most familiar faces, brings some excellent laughs. Nico Santos is an absolute delight as Nick’s rebellious cousin Oliver. But it’s Awkwafina, as Rachel’s best friend, who steals the film, just as she did with Ocean’s 8. Her innate charm and charisma radiate off the screen; she truly has funny bones.

But those great performances can only happen with good material, and this film has great material. The story is relatively simple but effective, told with lightness of touch but genuine heart. The dialogue is zanny and zingy. The direction and cinematography is consistently beautiful. The editing generates one of the funniest gags you’ll see this year. The conventions of the romcom (including the makeover montage) are all present and correct. But, instead of feeling over familiar or tired, these tropes feel revitalised and fresh – a tribute to the past made new and relatable. The end result is the film the world needs right now. Utter joy from start to finish.

Crazy Rich Asians is available on Netflix UK, as part of an £9.99 monthly subscription.

Where can I buy or rent Crazy Rich Asians online in the UK?