VOD film review: Cooties | Where to watch online in UK | How to stream legally | When it is available on digital | VODzilla.co

What if a bunch of junior school kids became zombies? The premise behind sharply written zom-com Cooties is such an obvious no-brainer that it’s genuinely surprising no-one had thought of it before. Fortunately, the material landed in the right hands, as this is a superbly acted comedy-horror that strikes exactly the right balance between gore, humour and bad taste.

Co-directed by Jonathan Milott and Cary Murnion (making their feature debut after their short, Boob, about an implant with a mind of its own), Cooties begins with an amusing credits sequence that tracks an infected batch of chicken nuggets from factory to an elementary school lunch room in the small town of Fort Chicken. Elijah Wood plays Clint, a would-be novelist who’s moved back to his home town and taken a job as a substitute teacher, where he’s delighted to discover that he’ll be working alongside his high school crush, Lucy (Alison Pill), and somewhat less delighted to discover that she’s dating boorish PE teacher Wade (Rainn Wilson).

When one of Clint’s students bites off a chunk of classroom bully Patriot’s (Cooper Roth) face, the nugget-borne virus quickly spreads and it isn’t long before the entire student body are hungering for brains, trapping the surviving teachers in the school. As the kids break in, the teachers are forced to fight for their lives and if that means bashing in the brains of formerly cute children, well, so be it. Meanwhile, nerdy Sex Ed teacher Doug (Leigh Whannell, of Saw franchise fame) figures out that the virus only affects those who haven’t gone through puberty, but will he be able to find some sort of cure?

Wood, whose genre-film-focussed company produced the film, is excellent as the likeable teacher, who discovers that his name doesn’t lend itself well to being written in block capitals on a chalkboard. Similarly, Pill is very funny as the perpetually optimistic Lucy, while Wilson walks away with the film as Wade, winding up with the lion’s share of the laughs in the process. (To his credit, Wilson resists what must have been a tempting opportunity to give Wade elements of his Dwight-from-The-Office persona, delivering an enjoyable comic performance that feels fresh and original).

The script, co-written by Whannell and Ian Brennan (Glee), is packed with terrific throwaway gags, both verbal (notably a great running gag about Clint’s as-yet-unwritten horror novel about a killer boat, provisionally titled Keel Them All) and visual (the teachers taking forever to notice that the screaming in the playground isn’t the normal sound of kids playing). It’s also packed with quotable dialogue, with tonnes of very funny, off-the-wall moments and quirky, throwaway lines. It even has moments that are weirdly touching, such as one of the few surviving kids drawing a circle on Clint’s arm and saying, “Circle, circle, dot, dot, now you have a cootie shot…” – the title, referring to the kids’ playground infection is inspired.

Milott and Murnion keep tight control of the material, knowing exactly how much they can get away with. The result is an enjoyable addition to the zom-com genre, thanks to a terrific cast, decent effects, assured direction and a frequently funny script.

Cooties is available to watch online on Amazon Prime Video as part of a Prime membership or a £5.99 monthly subscription.

Where can I buy or rent Cooties online in the UK?

Ofcom to regulate UK VOD from next year 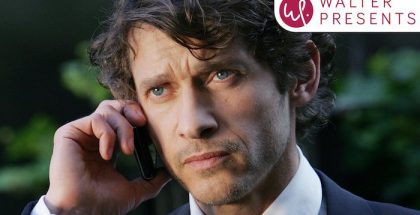