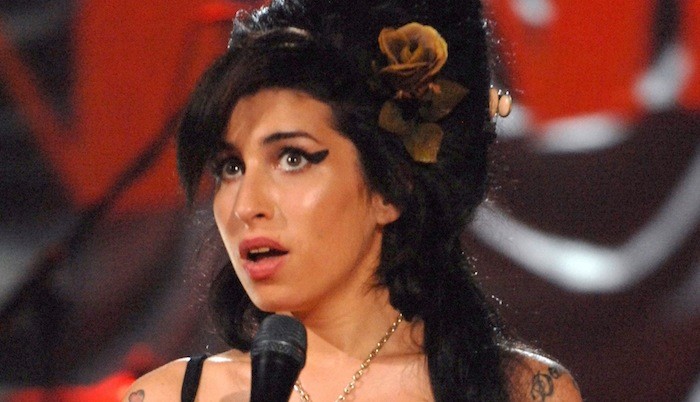 A powerful, moving portrait of a tragically young artist.

Amy Winehouse. Everyone’s heard the name – and it conjures up thoughts of toe-tapping hits, ugly paparazzi photos and jokes about addiction. But Amy the documentary steps back from all that and presents us with something else: Amy the author.

People don’t tend to think of Amy as a songwriter, but director Asif Kapadia teases out the old-timer behind her young lyrics. “This is inevitable withdrawal,” she wrote in the upbeat Tears Dry on Their Own. “Even if I stop wanting you, a perspective pushes through. I’ll be some next man’s other woman soon.” The casual wordplay, disdainful use of brands and laidback melancholy slipped into people’s ears unnoticed, thanks to the catchy rhythms, jazzy instruments and all those unfair front-page headlines. “Meet you downstairs in the bar and hurt, your rolled up sleeves in your skull t-shirt,” she sang in You Know I’m No Good. “You say ‘What did you do with him today?’ And sniffed me out like I was Tanqueray.”

That talent remains the focus of the director (who crafted the similarly tasteful and comprehensive Senna), which stops the documentary from veering into crass or exploitative territory. Home videos from the 1990s and mobile phone footage from friends present us with another side of the familiar tabloid sight: the one with a bright future ahead of her.

The editing together of old footage with concerts and newsreels – not to mention some beautifully cinematic panoramas of London – is superb, ensuring that image quality never distracts from the overall picture. Equally effective is the decision to avoid vox pops altogether: we see no talking heads, even as we get contributions from her first manager, Nick Shymansky, and others. The result keeps the spotlight on our subject – and shocks with the sight of those around her slowly smothering it.

At the centre of that flickering decline appears to be Amy’s husband, Blake Fielder-Civil, whose substance abuse left the enthralled Amy clamouring to keep up with him. But Kapadia doesn’t point fingers or judge, instead leaving us to watch for ourselves, asking open-ended questions about who was responsible for the death of such an astonishing musician. Her father, Mitch, seemingly absent for many years, appears with a camera crew to record a documentary, just as she’s trying to piece her life back together away from the public eye. The rest of her management team, meanwhile, are also apparently unconcerned with her wellbeing: at one point, she’s unconscious and in no state to perform, but still wakes up having been put on a plane without her permission and flown abroad for a concert.

Clips of comedians making fun of Amy’s tragic appearances on-stage only add to the wide-reaching sense of culpability: all those people in the audience laughing, all those who bought the newspapers, helped to inflate that bubble of celebrity spectacle, which left Winehouse on a doomed trajectory – something that, over time, perversely became part of her own myth. (She famously belongs to the “27 Club” alongside Kurt Cobain.)

The result is hugely moving and though-provocative, not least because we know the queasy outcome. At one cheerful moment, just as Winehouse wins an award at the 2008 Grammys, we watch, elated, as things seem to fall into place – only for her to say later that it’s all boring without drugs. How much of her career’s sadly short length was down to the singer herself? The film’s most powerful device is the use of her own lyrics to narrate events. Words appear in a bright, pink font on-screen, picking out the references within verses and choruses that are heart-wrenching in hindsight, but seemed to go unnoticed at the time. By highlighting Amy’s unappreciated wit and maturity on the page, the documentary presents us with a troubling, respectful portrait of an artist; a songwriter who already told her tale in her own words, if only more people stopped to listen.

Where can I buy or rent Amy online in the UK?

Catch up TV reviews: Elvis and Me, The Secret Life of 4-Year-Olds, Chris Tarrant Extreme Railway Journeys, The Indestructibles