VOD film review: Ambulance | Where to watch online in UK | How to stream legally | When it is available on digital | VODzilla.co

“This is just like Speed 2, but on a bus instead of boat.” Those were the immortal words of Millhouse halfway through a morning race to school in The Simpsons. Michael Bay’s latest unfolds with the same kind of awestruck logic, as we follow a high-stakes bank heist – only for the heist part to be done and dusted in the opening act and the majority of the film to unfold in the back of an ambulance afterwards.

Inside the ambulance? Danny (Jake Gyllenhaal) and Will (Yahya Abdul-Mateen II), along with a wounded officer, Zach (Jackson White), and Cam (Eiza González), the determined paramedic trying to save him. Outside the ambulance? A whole host of police cars attempting to catch the unlikely getaway vehicle. If it isn’t clear by now, the ambulance is in motion – very, very fast motion.

It’s a wonderfully preposterous premise for a high-concept thriller, and Michael Bay has great fun in seeing just how big he can make what is essentially a close-quarters tale. That confined setting gives the cast ironically ample room to connect with each other and us. Yahya Abdul-Mateen II is fantastic and heartfelt as the desperate husband facing rising medical bills for his wife, who feels he has little other option than to turn to his brother for help, and reluctantly agree to break the law. Jake Gyllenhaal, meanwhile, is a magnetic bundle of tics, neuroses and manic energy as the slick mastermind who hates it when his plans go awry.

Their brotherly bond is just the right of sentimental for Michael Bay to revel in their sincere concern for each other. They’re balanced out nicely by González’s electric presence as the tough-skinned paramedic, whose medical abilities drive the plot as much as the ambulance’s accelerator pedal. That – plus Chris Fedak’s script, based on a 2005 Danish thriller – gives Bay all the fuel he needs to keep things moving at the highest octane gear possible, and his apparent discovery of drones gives the camerawork on display a dizzying, acrobatic urgency that’s a joy to behold. Does it have much depth beyond its absurd idea? No. Does it need to be longer than two hours? No. Does it keep you on the edge of your seat? Absolutely. 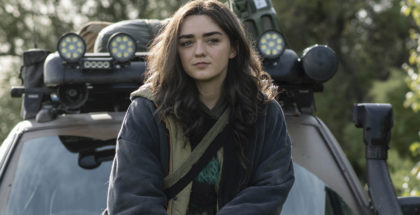