VOD film review: Aftermath | Where to watch online in UK | How to stream legally | When it is available on digital | VODzilla.co

Schwarzenegger flexes his acting muscles in this downbeat study of grief and obsession.

The strangest thing about this relentlessly downbeat revenge drama is discovering just how much of it is based on a true story – with the exception of the film’s final scene, almost everything in Aftermath corresponds to real-life events. If anything, the reality is even weirder, because Schwarzenegger’s character has since become a Russian politician, but if the filmmakers had included that, people would have dismissed it as preposterous.

Scripted by Javier Gullón (who wrote Villeneuve’s bizarre doppelgänger drama Enemy), Aftermath is set in America and focuses on two men at the centre of a horrific tragedy: Russian immigrant Roman (Schwarzenegger), who loses his wife, daughter and unborn grandchild in a devastating plane crash, and air traffic controller Jake (Scoot McNairy), who failed to prevent the crash, as he was covering a second work station and missed a crucial announcement from one of the planes.

Following the crash, both men undergo severe nervous breakdowns: Roman withdraws from work and begins sleeping by his family’s graveside, while Jake becomes gradually estranged from his wife (Maggie Grace) and child (Judah Nelson). After some shoddy treatment from the airline’s lawyers, Ramon becomes obsessed with getting an apology from those responsible, placing the two men on an inexorable collision course.

Having recently drawn some critical acclaim for his turn in 2015 zombie horror Maggie, Schwarzenegger gives his acting muscles another work-out here, delivering an extremely solid performance as a man tortured by grief and spiralling into obsession. Director Elliott Lester finds some clever ways to avoid Arnie having to do too much in the way of heavy lifting, most notably in the scene where he’s first told about the plane crash, which is interrupted by the sound of much more emotive grieving from the room next door.

McNairy is excellent as Jake, letting you feel every ounce of the guilt that seeks to destroy both him and his family. His big crack-up scene is oddly literal (he serves his son nearly-raw eggs for breakfast), but there are also notes of hope and redemption in his performance – it’s just a shame that the film ultimately has no interest in exploring them.

The main problem with Aftermath is that it doesn’t seem to know what it wants to say. It seems especially confused when it comes to the idea of revenge, something it compounds still further with an invented and arguably misguided epilogue. That scene could, and perhaps should, have been expanded into a more emotionally satisfying, redemptive final act, but instead, we’re left with what amounts to 90-odd minutes of utter misery and a frustrating finale that fails to convince, despite being a matter of historical record.

Aftermath is available to watch online on Amazon Prime Video as part of a Prime membership or a £5.99 monthly subscription.

Where can I buy or rent Aftermath online in the UK? 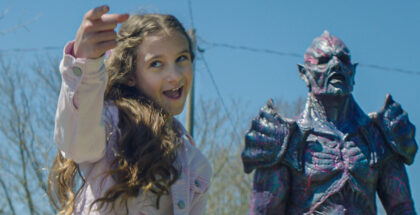 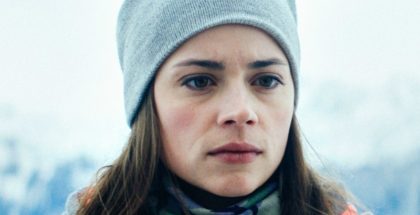