VOD film review: Abominable (2019) | Where to watch online in UK | How to stream legally | VODzilla.co

A young girl and a yeti team up for this sweet, entertaining animated adventure.

“I just want to escape,” sighs young teenager Yi (Chloe Bennet) at the start of Abominable. While that sentiment might sound like the same old starting point for most family animations, this entertaining tale brings a refreshingly different perspective to the screen.

We begin our tale in Shanghai, captured by writer-director Jill Culton with a vibrant shot of neon. Yi spends his nights hanging out on the rooftop above her family home, practising the violin that her late dad encouraged her to play – something that she does in secret, away from her mother (Michelle Wong) and Nai Nai (Tsai Chin). Her daytimes are spent working any odd job she can find to save up for a journey away. But that routine gets a fuzzy spanner in the works when she comes across a yeti also busy escaping – from a lab run by the seemingly nice Mr Burnish (Eddie Izzard) and passionate zoologist (Sarah Paulson).

She decides to help him reunite with his family, traversing the country to get to Mount Everest. She’s joined by her loud, geeky cousin Peng (Albert Tsai) and egotistical classmate Jin (Tenzing Norgay Trainor), and soon find the yeti’s scientist “owners” in hot pursuit. What ensues is somewhere between King Kong and How to Train Your Dragon, with a smattering of Despicable Me and Free Willy, but the film has an imagination, heart and smarts all its own.

Yi avoids any potential stereotypes and cliches, with her own emotional arc building on the movie’s general themes of respecting nature and being stronger together. The script, meanwhile, finds some inventive spectacle and jeopardy through the revelation that the yeti has magical powers that can embiggen nature, and Culton keeps things skipping along at a decent pace. But the film’s not-so-secret weapon, of course, is the yeti himself, who looks like a cross between Chewbacca and a super-sized marshmallow and is brought to life adorably by DreamWorks Animation and the Shanghai-based Pearl Studio.

The result may not be the most original or unpredictable family outing, but it’s a 90-minute slice of sweet adventure that offers easy, enjoyable escapism.

Abominable is available on Sky Cinema. Don’t have Sky? You can also stream it on NOW, as part of an £11.99 NOW Cinema Membership subscription. For the latest Sky TV packages and prices, click the button below.

Where can I buy or rent Abominable online in the UK? 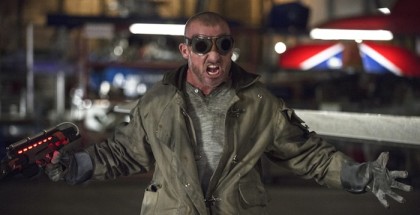