UK VOD TV review: The Walking Dead Season 5, Episode 9 (What Happened and What's Going On) | VODzilla.co | Where to watch online in UK

Zombie Kill of the Week

This will contain spoilers for the first half of The Walking Dead Season 5 – and potential spoilers for Episode 9 too.

“Men like me. They can’t live.” Profound words from Tyreese (Chad Coleman), possibly the last man left alive with a moral compass in this ever decaying zombie apocalypse. It’s the question The Walking Dead has been asking us since day one: at what point do we need to stop being human in order to survive?

In the early days, people held out hope. Hershel would keep his friends and family locked away in his barn in the hope one day they’d be cured. Eugene’s story might have been concocted, but it probably lay in some semblance of truth that if there was a cure, it would be in the nation’s capital – and the others fought for him because they believed it. They all had hope and that hope gave them their humanity; something that still beats strong within Tyreese.

At the start of Season 5 Part 2, the group have moved away from Terminus to Virginia to fulfil Beth’s last wish to reunite Noah (Tyler James Williams) with his people. When they arrive, it’s not quite how Noah had envisioned and when Glenn (Steven Yeun), Michonne (Danai Gurira) and Rick (Andrew Lincoln) go off to scavenge, they reveal how much they’ve changed. Glenn understands the world isn’t what they remember anymore. He regrets trying to save the man who ended up attacking them at Terminus and admits he would have killed Mary without a second thought. Tyreese, on the other hand, is the one man who still believes in the good; he’s refused to kill other humans even if they’d have killed him in a heartbeat. He saved Judith and forgave Carol. With no Hershel or Beth, is there a human core left in our group of survivors?

What Happened and What’s Going On is a tragic episode, one with more sting than the mid-season finale because of what it stands for. Episode 9 opens with a montage of brief scenes, all of which we are led to believe were about Beth but are actually a flash-forward of sorts to another character’s visions. Their death scene is played out for the second half of the episode and is done beautifully. As they die, they see Lizzie, Mika, Beth and Bob, who say everything will be OK. To surprise us all, David Morrissey even returns as The Governor, oddly willing them to fight.

As the hallucinations continue, the radio begins to play news bulletins, recanting all the horrors these people have performed, but in a more human context. That cost of living involves the ravenous brain-eating walkers and we’re reminded of their horror too, as the group encounter a number of severed limbs. The corpses look more gruesome than ever in this episode and frights come when we discover the still-gnashing torsos. The zombie kill of the week, however, arrives in slow motion. It’s a little too obviously CGI but still an incredible shot, as Rick makes the fatal blow at the episode’s climax. We watch from Tyreese’s perspective, as brains explode around him.

Our return to the world of The Walking Dead stabs us in the heart. It’s a one-two gut punch that we didn’t see coming and removes one of the last bastions of humanity from the group. Deaths are integral to the show but usually, they’re over quickly. This was much slower, allowing us to watch, as all the goodness that was left slowly says goodbye. 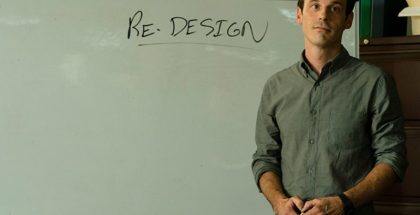