UK TV review: The X-Files Season 11, Episode 3 (Plus One) | Where to watch online in UK | How to stream legally | When it is available on digital | VODzilla.co

The X-Files goes back to basics with the third episode of Season 11, which swaps the meta-textual cyberthrills of the second episode for something much more down to earth. There’s supernatural spookiness afoot, of course, but Plus One emerges as a more straightforward mystery, one that doesn’t shy away from the kind of gruesome deaths that you’d expect from The X-Files’ grislier horror instalments.

The set-up is wonderfully simple, requiring no knowledge of the show’s wider mythology – a relief for those who are less enamoured with Chris Carter’s post-modern revising of the show’s legacy and backstory. Carter, though, also writes this episode: if you want a TV series that can keep running for 11 seasons, get yourself a man who can do both.

He takes us to Virginia, to a tiny town where Arkie Seavers gets drunk and sees his own double while driving. That might not sound like news in itself, but it becomes precisely that when his double takes control of the wheel and drives their car into a tree. Along come Mulder and Scully, with Fox (David Duchovny) recalling a string of other cases over the years that have involved people seeing what appear to be identical twins before trying to kill themselves.

Scully (Gillian Anderson), of course, isn’t convinced by the idea – when we’re not in the doubting Mulder days of the show’s modern mythology arc, the series reverts nicely back to the easy chemistry of a sceptical Scully and Fox’s more susceptible believer. But it’s a concept that’s rooted in classic doppelgänger horror, a trope of the genre that remains inherently creepy, no matter how you dress it up, or surround it with bad dialogue. (That’s good news for those who dread the now traditional clanger in each episode’s exchanges. This time, it’s Scully who has to deliver it: “I’m not going to ask you if you just said what I think you just said,” she infallibly reasons, “because I know it’s what you just said.”)

That lends a nice bit of eerie suspense to proceedings, especially as our duo’s investigation leads them to a woman in a psychiatric hospital called Judy Poundstone, who seems to think she is playing a game of hangman with her brother, despite him living across town. She’s an enjoyably foul presence, rivalled only by her twin, Chuck, for sheer toxic charisma. In an inspired bit of casting, both siblings are played by Karin Konoval, who relishes the chance to repeatedly top her own performance, as we boomerang between the pair.

Indeed, at one point, we meet Judy’s alter-alter-ego, a more powerful force who is less eccentric and more just plain unsettling. She’s backed up by a host of entertainingly nasty deaths, which take their cue from Final Destination as much as Dostoevsky’s The Double. If that sounds cartoonish, though, it conceals a surprisingly character-driven hour of television: a confrontation between this more demonic Judy and Scully sees Anderson’s agent get a welcome chance to bear her inner anguish, while the inevitable moment where our agents start to become scared of their own reflections also leads to some satisfying moments of intimacy that take us right back to the will-they-won’t-they fun of The X-Files at its steamy peak.

The climax is rather predictable, and mildly unmemorable as far as monsters-of-the-week stories go, but it’s that slice of character that gives Plus One its edge – and keeps The X-Files just grounded enough to make its loopier moments work. 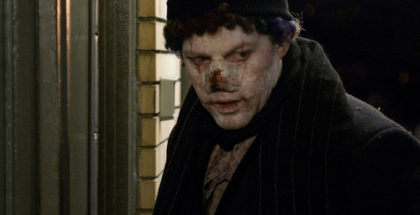 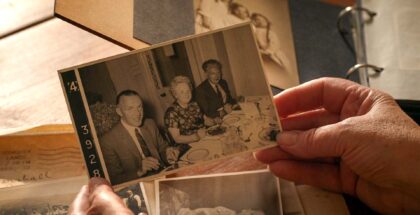