The X-Files returns for an enjoyably bonkers 11th season with the mother of all retcons.

Warning: This contains minor spoilers for the set-up of Season 11 and the end of Season 10. Already seen Episode 1? Ready on below for spoilers.

At what point does The X-Files become unbelievable? Is it the point at which half the planet is potentially infected with alien DNA? Or the point when a tiny mystic crawls out of somebody’s bottom? Season 11 of The X-Files marks a new benchmark, as it begins with Scully (Gillian Anderson) discovering the whole of the Season 10 finale (My Struggle II) was actually a dream.

Creator Chris Carter is no stranger to coming up with outlandish, absurd or overblown twists – if anything, that’s one of the reasons why fans continue to tune into this long-running sci-fi series, even as it returns to our screens after all these years. My Struggle I and II, though, were a key part of what made Season 10 uneven, as it introduced the idea that the previous 15 years of X-Files investigations were all fake. By the time Mulder was dying from a virus and a UFO appeared above Scully as she rushed to find their son, William, let’s just say it’s partly a relief that the show isn’t planning to continue that plot strand further.

Except, of course, it is.

Scully’s vision turns out to be a premonition of future events that haven’t happened yet, and Season 11 effectively swaps the roles of its protagonists: in reality, she’s the one ill and in hospital, and Mulder is the one putting the pieces together and hoping to find a solution. The introduction to the episode, meanwhile, does a similar mirroring of last season’s opener: where that began with a monologue by Mulder detailing the history of his and Scully’s cases, this begins with another lengthy monologue about the history of mankind and aliens. Our narrator this time? Cigarette Smoking Man. William B. Davis’ sinister, besuited figure has long been a fan favourite, and the modern incarnation of The X-Files is clearly enjoying positioning him as the central bad guy to rival the best Bond villains, with his disdainful disregard of the whole of humanity, and his ability to pull strings on seemingly every level of society.

It’s cheesy, to say the least, and Davis embraces it. And yet there’s something genuinely interesting in the way that his character lectures us on the fragile nature of truth and fact, alongside an unsubtle montage of photos of Donald Trump; in a show where everything stretches the boundary of plausibility, and where cover-ups are commonplace, there’s a nice vein of topicality to The X-Files’ slogan about exposing the truth. My Struggle’s overall arc may not always be convincing, but it has introduced us to right-wing conspiracy nut Tad O’Malley (Joel McHale), whose ranting online broadcasts could have come right out of real life.

The problem is that any hint of such intriguing ideas is drowned in some of Carter’s worst tendencies, as he mixes that cheese with a sizeable chunk of ham. Daft dialogue, heavy-handed monologues and borderline incoherent twists don’t do the show’s return many favours. A sprinkling of fan service is added to help the medicine go down, as we catch up with Jeffrey Spender (remember him?), who’s being followed by someone mysterious looking to find William, Mulder and Scully’s son.

That’s the basic set-up for the upcoming season, as My Struggle centres its narrative on our protagonists’ offspring – a running plotline that, as with Season 10, you can expect to loom in the background of other cases-of-the-week until the finale wraps things up. It’s an angle that does have some merit, as it dives into Mulder and Scully’s relationship in a new way; we presume, even though we’ve never really seen physical proof (ahem), that William is their boy, and the idea that he might, as last season suggested, be key to stopping this alien DNA plague opens up all kinds of questions of sacrifice and family loyalty.

Over 10 seasons, of course, the whole ensemble has become a family of sorts, from the reassuring presence of uncle-like mentor Walter Skinner (Mitch Pileggi – one of the few people who can find morse code in the most improbable place and keep a straight face) to the cackling nastiness of the cruel, stepdad-like CSM. And part of the fun of The X-Files’ 11th season is seeing that gang reunite – even Einstein and Miller, from Season 10, get an appearance.

But this family’s history is so well-known by now that attempting to come up with fresh ways for them to interact inevitably involves some kind of retconning – a principle established by that opening dream fake-out. And so Season 11 begins by coming up with one of The X-Files’ most disturbing retcons to date, one that’s gleefully bold in its inappropriate nature. But Carter relishes that reveal so much that the rest of the episode takes its time to find a pace that works; for all its urgent soundtracking, this is a relatively slow hour that can’t quite find a non-clunky way to add in a nod to a shady group known as The Syndicate, even with a car chase to inject a bit of action.

With Duchovny and Anderson on fine form, though, and the smell of cigarette smoke permeating the corridors of the FBI and hospital, the audacious cliffhanger this improbable 11th season of The X-Files hinges upon is precisely the kind of daft revelation that makes the show so hard not to enjoy; it’s almost like watching The Last Jedi, as Carter dismantles his own mythology, albeit with less purpose or clarity. The result is all over the place, but entertainingly so – there’s just enough here to keep you wanting to tune in to The X-Files. And that, in a way, really is quite unbelievable.

– So, let’s get down to brass tacks: William, Mulder and Scully’s son, isn’t their son at all. He’s actually Scully and Cigarette Smoking Man’s son. Yes, really. It’s a twist that is off-the-charts surprising, as well as rather unsettling: it turns out that way back in Season 7 (during the episode En Ami), CSM somehow impregnated Scully. As if she hasn’t already been through enough.

– It’s a flashback that we get during another flashback: one that sees Skinner get accosted by CSM in a car, where he offers Skinner immunity in exchange for selling out, well, the entire human race. Skinner, bless him, says no – but not before he hears more about William’s actual parentage, and not before he ends up smelling of smoke, something that Mulder picks up on in hospital later.

– Hospital, of course, is where Scully is – and where assassins know to find her and bump her off. Thankfully, Fox is there to save her. Good old Fox.

– William’s status as a special chosen one, meanwhile, is confirmed by the fact that Scully’s visions are probably coming from him.

– And what of CSM himself? He spends most of his days hanging with Monica Reyes and waxing lyrical about his various nefarious conspiracies. He might not be doing that for long, though, if the two Syndicate members (Mr. Y and Erika, played by Barbara Hershey) can persuade Mulder to bump off CSM for then, so they can fulfil their plan of colonising the universe. As you do.

– The result is a mess of story strands, but amid the retconning and reliably silly dialogue, things are shaping up for a season in which CSM (and, more excitingly, Skinner) have more substantial roles. It’s a treat to see David Duchovny and Gillian Anderson inhabiting roles that they now know back to front, but with Mitch Pileggi’s beard game particularly strong this season, we’re here for more Skinner.

FilmStruck thinks broad as it officially launches in UK 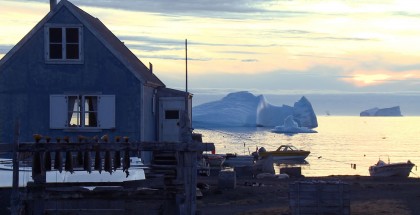