UK TV review: The Last Dragonslayer | VODzilla.co | Where to watch online in UK

A likeable satire hides inside this cute family fantasy.

It’s Christmas. It’s teatime. And you’re in the mood for some family-friendly fantasy. Doctor Who may be the words that automatically spring to mind, but this year, Sky has two more: Last Dragonslayer.

Based on the book by Jasper Fforde, the epic magical adventure is the broadcaster’s flagship festive special for 2016. Compared to the previous year’s Fungus the Bogeyman, it’s a real statement of intent, with a bigger budget and bigger animals to boot. It even aired on Sky 1 on Christmas Day at the same time the BBC’s Time Lord. So can it live up to that top billing?

The Last Dragonslayer’s greatest achievement is deciding not to answer that question at all.

The beginning of the feature-length outing sets everything up as you’d expect. There’s the young orphan, Jennifer Stranger (Ellise Chappell), who finds herself mentored by a wizard, The Great Zambini (Answer Buchan), and shouldered with a destiny to be The Last Dragonslayer. There’s the dragon himself (voiced by Richard E. Grant), the last of his kind. And there’s the world where magic is fading, perhaps because of the dragons’ decline, and no longer valued by the Ununited Kingdom. That’s right: The Ununited Kingdom. 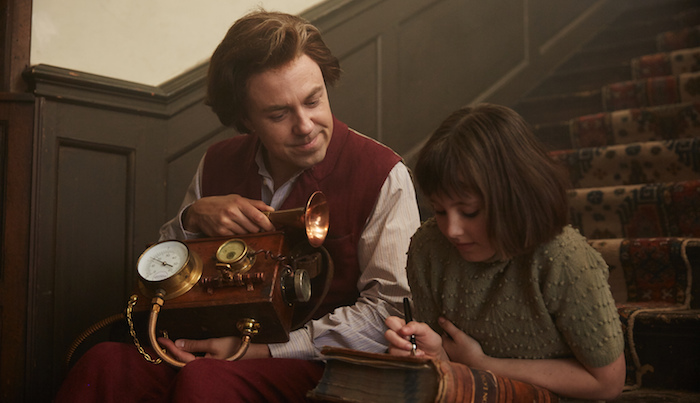 It’s a minor detail, but amid the rush of a conventional first act, it’s a clue of what The Last Dragonslayer really has in store. While there’s charm in a magical sidekick that looks like a dog, and intrigue in the Jonathan Stranger and Mr. Norrell-like premise (Buchan’s warm supporting turn recalls Bertie Carvel in the BBC’s series), the initial box-ticking is mildly disappointing, until the second act kicks in. Suddenly, we’re in a room with Matt Berry, playing King Snodd, listening to debates about the benefits of killing the final dragon – which will allow the public to enter Dragon Land for the first time and claim patches for their own shops, businesses and homes – and watching Jennifer being interviewed on TV by a hype-loving TV reporter (Danielle Bjelic, channelling Harry Potter’s Rita Skeeter).

There’s a sense that rather than fate guiding Jennifer to her iconic responsibility, it’s more likely to be commercial obligations and sponsorship deals. Out goes the supernatural; in comes the satire. And in come the jokes too.

Anna Chancellor is clearly enjoying herself as the President of Stuffco, who ensures that the Dragonslayer spends less time slaying dragons and more time selling fizzy pop on the telly, while Game of Thrones’ John Bradley as Jennifer’s assistant, Gordon, is an amusing combination of Samwell Tarly’s innocence and an advertising agent’s sliminess. Matt Berry, meanwhile, is hysterical as the hammy king, who has giant tanks and a simpering son to ensure that he dominates the Dragon Land before his subjects can launch their own pop-up enterprises. Marketing, he explains in one speech, is the new magic, a declaration that’s far from subtle but certainly raises a smile. Indeed, Fforde’s tale contains a welcome anti-consumerist, pro-environment message that pleasantly subverts the expectations of those who haven’t read the books. For those who have, there’s much to admire in the realisation of the author’s universe, from the dragons themselves to tiny background touches (all we want for Christmas is a self-refilling biscuit tin).

At the heart of it all, Chappell is a brilliantly charming lead. She has good chemistry with Ricky Tomlinson and Pauline Collins, who play her adoptive (wizarding) guardians, and sparks well with Buchan’s fatherly figure. It’s her sincere presence that allows the story’s grounded approach to undermine the fantasy elements without being underwhelming – this is far more about humour than huge, Lord of the Rings-style escapades. As Jennifer finds a sense of belonging outside of her preordained purpose (and her soda adverts) and the prospect of new life springs up, Chappell’s coming-of-age journey suggests that they might be a future for magic after all.

The shifts in tone and exposition don’t always work, but there’s an enchanting little satire in The Last Dragonslayer that stands out from the more familiar fantastical treats of Christmas and a mythology that’s unabashedly all its own. A cliffhanger ending suggests that there may be more TV outings for Jennifer Strange on the cards. A string of cynical, cash-grab sequels? If anyone can thwart your expectations, The Last Dragonslayer can.

The Last Dragon Slayer is available on Sky On Demand. Don’t have Sky? You can also stream it on NOW TV, as part of a £6.99 Entertainment Pass monthly subscription – with a 7-day free trial. 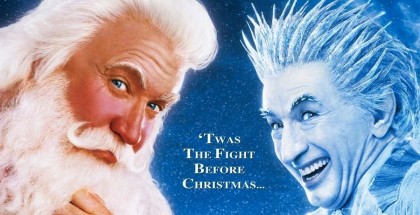