UK TV review: The Hollow Crown: The Wars of the Roses (2016) | VODzilla.co | Where to watch online in UK 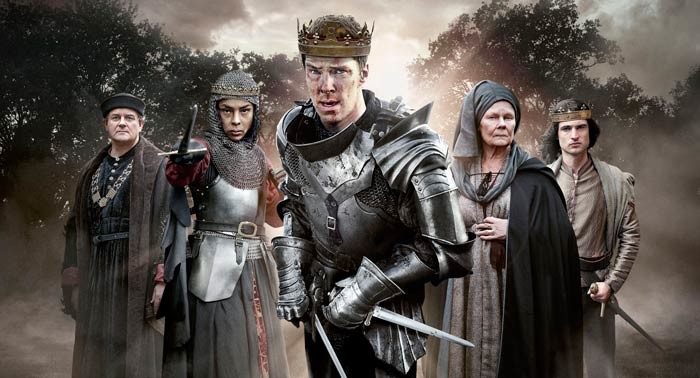 This brilliantly acted and carefully crafted Shakespeare cycle is a gripping study of royalty and power.

“Shakespeare? Nah, I’d rather watch Game of Thrones.” That’s the kind of thing you can imagine a modern audience saying.

Shakespeare’s history plays may not have dragons or the immediate appeal of violent excitement, but there’s more than enough back-stabbing and death to go around. The BBC’s 2012 cycle of adaptations (Richard II, Henry IV and Henry V) proved that it could extract those elements from Shakespeare’s text and present them in a condensed, thrilling manner for today’s viewers – and this second trio (Henry VI Part 1 and 2, plus Richard III) meets that high standard every step of the way.

Tom Sturridge leads a star-studded ensemble as the young, uncertain Henry, shepherded by his uncle, the Duke of Gloucester (Hugh Bonneville). But the Earl of Somerset is waiting in the wings and it’s only a matter of time until the War of the Roses escalates and power is lunged for.

Dominic Cooke directs it all with equal parts gloss and grit, the script smartly cutting between action without pause for position or lengthy reflection – one sex scene (hello to Sophie Okonedo as Margaret of Anjou, in league with Somerset) is brazenly juxtaposed with a murder in the Tower. Swathes of verse have (somewhat sadly) been culled, but the merciless ambition of these interlinked interpretations are every bit in tune with the ruthless characters they depict – and, with Bonneville still getting the chance to deliver a barn-storming speech, there is room here for both poetry and brutality.

Throughout, the shadowy arrival of Benedict Cumberbatch’s Richard III is teased, and Cumberbatch delivers upon the promise with a barn-storming performance as the manic, Machiavellian schemer. In a post-House of Cards age, the idea of a power-hungry man talking to the camera is nothing new, but The Hollow Crown finds fresh tension in that intimate interaction. Richard doesn’t even wait for his starring role to steal the spotlight, as the script moves Act 1 of Richard III into the middle of Henry VI Part 2’s final acts, making the transition between the two as smooth as possible. Handheld visuals are threaded into each play too, with Henry VI Part 2 opening with a battle scene seen in first-person through an armour’s visor – a visceral, bloody, cinematic flourish.

“I was made a king, at nine months old,” laments Henry VI, as York and Lancaster clash. “Was never subject long’d to be a king. As I do long and wish to be a subject.”

The visual cohesion between the instalments feeds directly into the production’s overall message: that history is one thing after another, and they keep on happening. Richard III’s sinister declaration that he can “smile and murder while [he] smiles” is not dissimilar to the determination of Somerset – and it’s a complete contrast to Henry VI, who gave up his throne to York to spare further bloodshed, an act that, inevitably, caused more bloodshed anyway. Richard’s thirst is never more evident than when he gobbles his wine, while the red stuff is spilled from innocent bodies at his behest. Henry VI’s cowering authority, meanwhile, is all too familiar when watched soon after The Hollow Crown’s original trilogy, featuring Ben Whishaw’s waif of a Richard II. That’s the achievement of the BBC’s adaptations: understanding that Shakespeare’s history plays, while complex and dull from a distance, are a carefully crafted cycle, full of echoes and ghosts; a circular study of royalty, power and the weight it carries. The crown is hollow, but it’s a heavy load to bear. There may not be dragons, but the completion of The Hollow Crown is a welcome reminder that when it comes to the Game of Thrones, George R.R. Martin has got nothing on the Bard.

The Hollow Crown: The Wars of the Roses is available on BritBox, as part of a £5.99 monthly subscription. 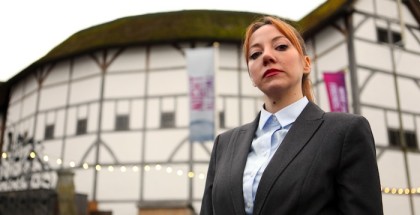 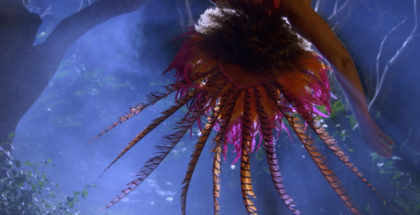 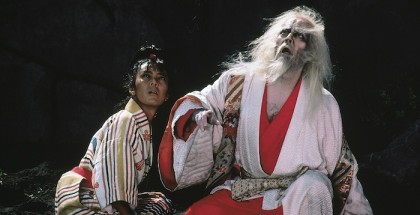 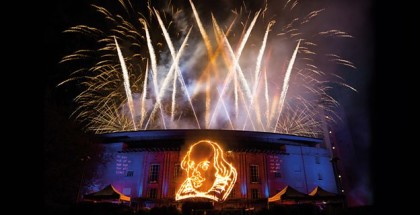